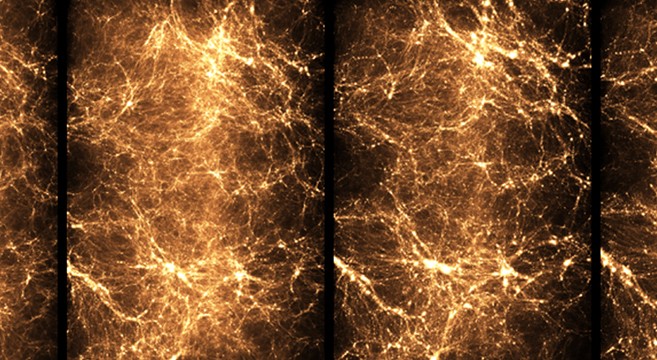 The Q Continuum: Largest Simulation Of The Cosmos Ever Undertaken Reveals Spectacular Images

Nicknamed “The Q Continuum” after the extradimensional plane of existence in Star Trek: The Next Generation, this extraordinary new simulation of the cosmos is the largest ever undertaken in physics history. The simulation represents a colossal volume of space measuring 1300 Mpc3 (i.e. 1 Mpc3 ≈ 2.938×1067 m3), and contains half a trillion particles, and an age of 13.8 billion years (matching the Universe’s estimated age). The research was conducted by physicist and computational scientist Katrin Heitmann of the Argonne National Laboratory, and other colleagues, and is important for testing analysis pipelines and laying the strategical groundwork for future space-observing missions. You can read the full report at IOPscience.org. (Images by Katrin Heitmann et al. via IOP Science) 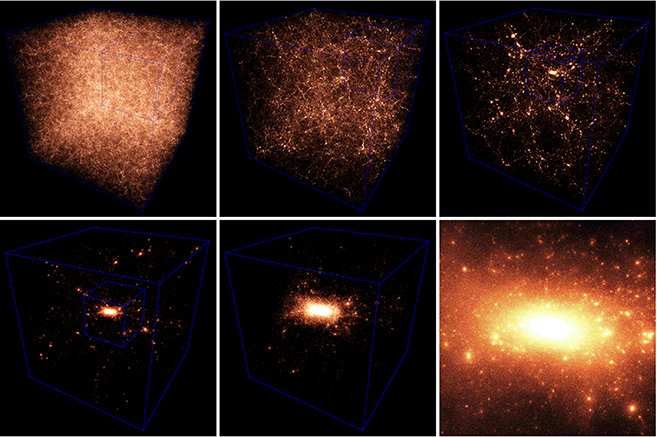