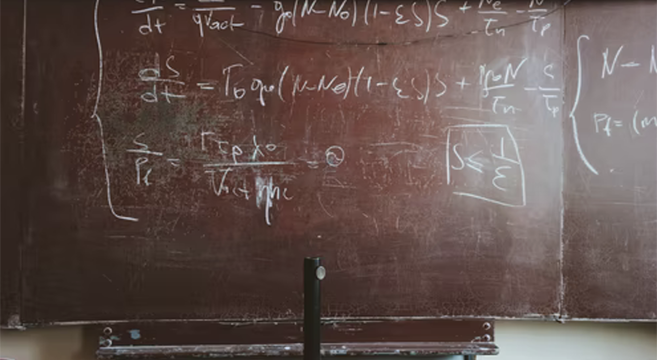 Learn How You Can Easily Measure Acceleration Of Moving Objects

Scientists claim that one cannot technically measure acceleration. However, they also say that it is possible to measure time and distance, which can then be used to calculate how fast an object is accelerating. There are many reasons why one might want to measure an object’s acceleration, from measuring a car’s top speed to how fast a person can run.

Before explaining how to measure an object’s acceleration, let’s cover descriptions of motion. There are two primary descriptions of motion: kinematic physics and dynamics. Dynamics refers to the motion of material objects and the physical factors that affect them [force, mass, momentum, and energy]. Kinematics describes the motion of points without describing the forces that caused the movement. Whether you use dynamic or kinematic equations depends upon what you are trying to measure, be it the forces that affect an object’s movement or the movement itself and not the forces that are the catalyst for said object’s movement.

At a very basic level, in order to calculate an object’s acceleration, you need to know an object’s initial velocity, its final velocity, and the time that it takes for the object to pass between these values. These values are as follows:

This very basic equation is displayed as: But with that being said, there are other equations, such as the aforementioned kinematic equations. You will have to decide which equation to use according to what it is that you are studying.

As we mentioned earlier, the equations used to calculate an object’s acceleration are called descriptions of motion. But what is motion? Motion is a very simple concept however it can become complex when studied at more detailed levels. In its most basic form, motion is the measurement of movement in any direction. There are many properties that makeup ‘motion’ however, including movement; momentum; direction, and force. In order to effectively calculate any type of acceleration, one must become familiar with these different properties.

Movement is one of the most important properties of motion. In order for an object to have motion, to begin with, it must have movement. Movement is simply the act of moving! Starting in one place and ending up in another. Usually, the time taken to move is included in the final calculation of an object’s motion but time alone does not indicate movement. The time that an object takes to move is calculated when acceleration is being worked out, however. The speed at which the object travels is the object’s acceleration. Movement is the first property of motion that one should study.

After movement comes momentum, which is scientifically called ‘inertia.’ Momentum describes a property of motion that was first suggested by Sir Isaac Newton, the famed British alchemist and physicist. Momentum can be calculated by knowing what an object’s mass, force, and friction of the environment are. When you calculate an object’s momentum you are able to predict when its movement, or motion, will cease. This is because, according to Sir Isaac Newton, when a mass rests, it stays at rest, and when in motion, it stays in motion, that is until something stops it. To calculate an object’s acceleration you must be able to work out when an object will stop.

Direction is very simple. For an object to travel anywhere, or for it to have motion, then it must be travelling in a direction. Direction can change at any time in the real world, although in mathematical problems it stays constant. When you are watching an object travelling, whichever way that it goes is its direction. Direction is one of the easiest things to record because one simply needs to watch a moving object and write down the different directions that it is going.

Force is the catalyst for motion. An object cannot move unless it is moved. Force can be internal and external. In the case of a runner, the force is internal, and it is generally referred to as calories. In the case of a trolley being pushed down a hill, it is external. When force comes from within, it can generally be stopped. When force is external, it relies upon external factors to bring it to a halt. A car’s force is also internal. There are many systems for measuring an object’s internal energy force, including watts, joules, and volts.

Some people wonder why it is important to know an object’s speed. Being able to calculate an object’s speed is incredibly useful. Being able to calculate an object’s speed allows people to predict the time that it will take to travel at a certain speed and distance. These calculations are how GPS can tell you when you will arrive at a destination, according to the speed that you are going. In addition, knowing how fast an object travels also allows scientists to improve and develop cars and other objects, making them faster, more efficient, and more effective.

Physics is an incredibly complex area of science that requires a lot of studying to master. There are many different areas of physics, with motion being one of them. If you want to truly master physics, then it’s important to take time to study it. You could consider attending a university or community college course. You could also use online learning resources, such as guides, blogs, and YouTube videos. The internet provides web users with an abundance of helpful information. You could also consider signing up for a forum dedicated to physics and science, of which there are many.

If you want to calculate the acceleration of a moving object, then you can use this article to help you. You may also want to take our advice and attend a course. Physics can be very confusing, so don’t be upset if you don’t get it at first.