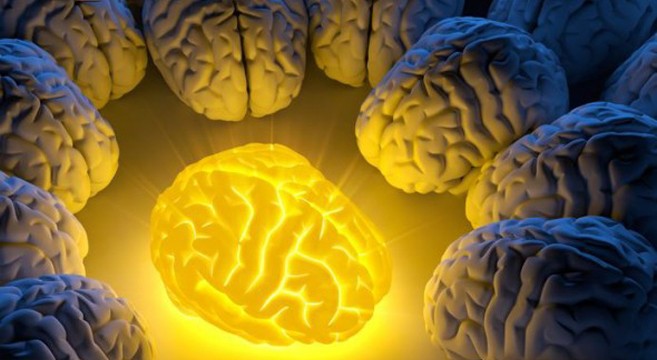 Neurobiologists at UC Irvine have made a groundbreaking new discovery in which they took the brain of an older mouse and fully reactivated a powerfully robust neural-rewiring period found only in the brains of much younger mice. In effect, the researchers have successfully tricked an older brain and sent it back into a youthful state of neuroplasticity, allowing the brain’s neural network a chance to rebuild itself, turn back its biological clock, and erase an astonishing amount of age-related degredation.

The breakthrough now paves the way for an unprecedented new era of treatments for such brain disorders as Alzheimer’s, Parkinson’s, autism, schizophrenia, bi-polar disorder, and beyond. So how did they do it? By transplanting a unique type of embryonic neuron in the brains of the adult mice (a neuron which expresses GABA, an inhibitory neurotransmitter that is essential for motor control, vision, and a host of other brain functions), they researchers were able to ignite the renewed explosion of neuroplasticity.

Remarkably, the scientists were also able to restore vision in blind mice suffering from the visual impairment known as amblyopia, by transplanting the GABA neurons into the visual cortices of the adult mice. “Several weeks after transplantation, when the donor animal’s visual system would be going through its critical period, the amblyopic mice started to see with normal visual acuity,” said Melissa Davis, lead author of the study. Experts now believe this GABA neuron transplant breakthrough could open the door to treatments for even the most incurable of brain disorders.

The field of neuroscience has made leaps and bounds in recent years, and in order to make even more discoveries and fully understand how the brain works, scientists must first unlock the secrets of how electrical impulses travel through the brain’s bast network of 85 billion neurons, which are connected through 100 trillion synapses. This requires the astonishingly complex job of mapping the brain’s structure and the connections of all these neurons. Enter EyeWire, a company that’s crowdsourcing this mapping process with a fun and addictive online game. “I think that exploring the brain is the greatest adventure of all time. It seemed natural to invite the world to join the quest,” says EyeWire’s founder, Sebastian Seung. You can learn more about EyeWire and how you can join the fun and help map the human brain by signing up to the amazingness that is EyeWire.org, by reading the full story at TechCrunch.com, and by watching the video playlist at the bottom of this post. (Photo courtesy of My Science Academy).

SEE ALSO: New Research Discovers That Depression Is An Allergic Reaction To Inflammation
SEE ALSO: These Are All The Miraculous Things That Your Brain Is Doing While You’re Sleeping
SEE ALSO: Harvard Unveils MRI Study Proving Meditation Literally Rebuilds The Brain’s Gray Matter In 8 Weeks
SEE ALSO: Everything You Need To Know About The 5 “Blue Zones” On Earth Where People Seem To Live Forever
SEE ALSO: The “Blue Zones” Super-Agers Who Forget To Die: The Fascinating TED Talk On How To Live Beyond 100

Previous post:
LINKguide (May 22, 2015) Next Post:
Mo Rocca Takes Us To The Amazingness That Is Provincetown At The Tip Of Cape Cod