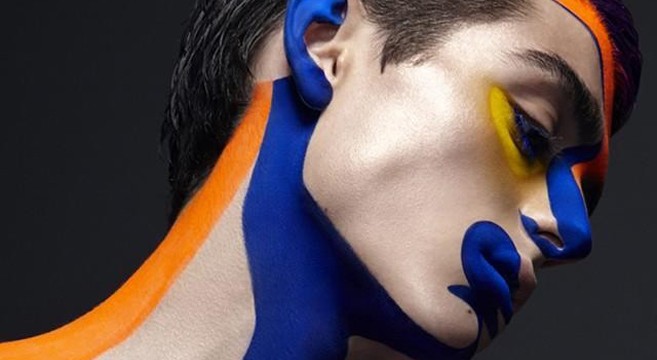 ☛ Model Andrés Sanjuán (above) shows off his birthday suit and some “Narcissus Color” in pages of DIVO (OHLALAmag)
☛ VANITY FAIR gives us an oral history of Tom Hardy’s love of dogs, including his new PETA campaign (VANITY FAIR)
☛ This great new hack allows you to use your Oculus Rift to watch The Simpsons while sitting on Homer’s couch (PSFK)
☛ Jamie Oliver explains on YouTube the best and simplest ways to chop an onion, including the Crystals method (Kottke)
☛ The Berry gives us more random hotties, and there are many random things I’d love to do with #17 and #21 (The Berry)
☛ You’re going to flip out when you see the mindblowing things Microsoft is working on with holographic tech (WIRED)
☛ Everything you need to know about Giorgio Moroder’s new album & his great new single with Sia “Deja Vu” (Towleroad)

Previous post:
Check Out BODY-SAN’s Video For “KC Vapes” And Stream His Brand New Track “Hotspot (She My Wi-Fi)” Next Post:
Source Of The Rare “Brocken Spectre” Ghost Explained, And Scientists Recreate Another Ghost In Lab