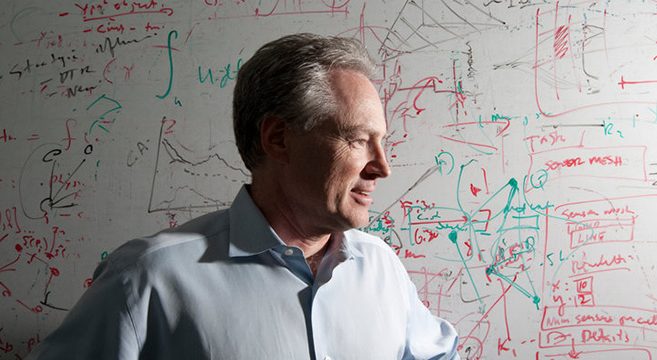 In a new research study, Microsoft data scientists announce they have successfully been able to identify people who are in the early stages of pancreatic cancer based on analysis of search engine queries. By analyzing the queries of anonymous Bing users who appear to have been recently diagnosed with pancreatic cancer, Microsoft data scientists worked backwards and analyzed these users’ earlier symptom-related search engine queries. By doing so, they were able to detect specific patterns in these early-stage queries which allows them to predict with a high degree of accuracy which Bing users have pancreatic cancer and do not know it yet.

John Markoff of The New York Times writes, “Their study was published on Tuesday in The Journal of Oncology Practice by Dr. Eric Horvitz (photo above) and Dr. Ryen White, the Microsoft researchers, and John Paparrizos, a Columbia University graduate student. ‘We asked ourselves: If we heard the whispers of people online, would it provide strong evidence or a clue that something’s going on?‘ Dr. Horvitz said … While five-year survival rates for pancreatic cancer are extremely low, early detection of the disease can prolong life in a very small percentage of cases. The study suggests that early screening can increase the five-year survival rate of pancreatic patients to 5 to 7 percent, from just 3 percent.”

You can learn more at NYTimes.com, and read the full study at The Journal of Oncology Practice. I’ve also attached below an NBC Nightly News report which examines how one California clinic “provides care for people with a BRCA gene mutation, which is linked not only to breast and ovarian cancers, but also to pancreatic and prostate cancers.” Also, I’ve attached the remarkable 60 Minutes profile of high school student, Jack Andraka, who — at the ripe young age of 15 — has developed a scientific test which will likely save countless lives by successfully detecting pancreatic cancer at a very early stage. (Photo of Dr. Eric Horvitz above by Kevin P. Casey for Kevin P. Casey for The New York Times)
.
[xyz-ihs snippet=”AndrakaNew”]

Previous post:
6 Reasons Why You Are Seeing Angel Number 1212 and Its Significance Next Post:
The WOW Files: Scientists Confirm A Second Layer Of Information Has Been Found Hiding Inside DNA