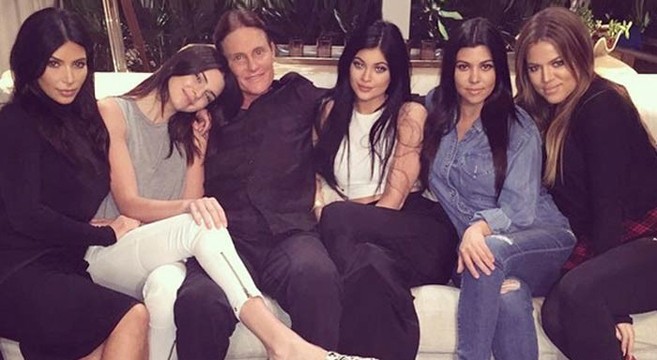 Last night, Diane Sawyer’s brilliant 2-hour interview with Bruce Jenner became the most watched non-sports television event since April 4, 2003. The special, in which the Kardashian patriarch officially revealed he is transgender and in the process of transitioning to a woman, pulled in a massive audience of 16.9 million viewers, and scored a 5.2/17 among adults 18-49. The interview marks a major milestone for the transgender community, as Jenner is by far the most high profile figure to come out publicly with his story.

“For all intents and purposes, I’m a woman,” Jenner told Sawyer. “People look at me differently. They see you as this macho male, but my heart and my soul and everything that I do in life — it is part of me,” Jenner, 65, said. “That female side is part of me. That’s who I am.” ABC News writes, “During the interview, Jenner referred to himself using male pronouns and ABC News has chosen to follow his lead, though he also referred to himself as ‘Bruce’ and ‘her.'” Jenner adds, “I look at it this way — Bruce always telling a lie. He’s lived a lie his whole life about who he is. And I can’t do that any longer. My brain is much more female than it is male. It’s hard for people to understand that, but that’s what my soul is.”

In a touching statement, GLAAD showed their full support of the former Olympian: “Today, millions of people learned that someone they know is transgender,” said GLAAD President & CEO Sarah Kate Ellis. “By sharing this story, Bruce Jenner has shined a light on what it means to be transgender and live authentically in the face of unimaginable public scrutiny. Though Jenner’s journey is one that it is deeply personal, it is also one that will impact and inspire countless people around the world.” You can watch the full interview below.


Previous post:
If Life Is A Perpetual Commute Where You Never Arrive, This Buddhist Off Ramp Exit Trick Will Help Next Post:
The Infinite Staircase: This 13-Second Audio Illusion Does Something Very Strange With Each Repeat