Watch Dan Savage’s Thoughts On Monogamy, Sex & The One Thing Couples Do Backwards On Valentine’s Day

Dan Savage is an unlikely replacement to wear the crown of legendary advice columnist Ann Landers, yet at the same time his reign as America’s new advice king makes perfect sense. Earlier this morning CBS Sunday Morning aired a terrific profile of Dan and his impressive career, pointing out that his syndicated column Savage Love is celebrating its 25th anniversary. In the interview we also get to meet Dan’s husband, and Savage also shares his thoughts on the one thing couples get backwards on Valentine’s Day, and the real reason why he receives the most letters of the year on February 15th — not the day before. You can watch it in full above, as well as read all of Dan’s Savage Love columns at TheStranger.com, listen to his podcast, Savage Lovecast, at SavageLovecast.com, and follow him on Twitter. I’ve also included some videos below from Jason Silva, Esther Perel, and Elizabeth Gilbert. (Photo courtesy of Dan Savage on Facebook).

SEE ALSO: Watch This Report On The Surprising Secrets Of “Happy Couples” & The New Normal
SEE ALSO: Fascinating New Documentary “Do I Sound Gay?” Explores Sound & Stories Of The Gay Voice
SEE ALSO: The Calculus Of Love: Watch How The Fermi Paradox Proves You Have 831 Soulmates Out There
SEE ALSO: Groundbreaking Research Discovers The “Love” Molecule: The Source Of Morality, Monogamy & Connection
. 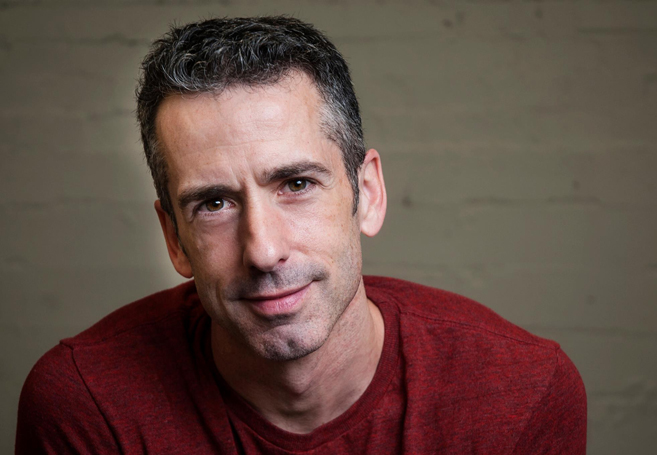 Previous post:
LINKguide (February 15, 2015) Next Post:
Sufjan Stevens Releases Next Album’s Gorgeous First Single “No Shade In The Shadow Of The Cross”