Somehow the most unassuming of architectural elements — the corridor — has become an icon in the world of science fiction.  Back in 2009 the team at Den Of Geek put together a terrific collection of some of these corridors, writing: “Corridors make science-fiction believable, because they’re so utilitarian by nature — really they’re just a conduit to get from one (often overblown) set to another.  So if any thought or love is put into one, if the production designer is smart enough to realize that corridors are the foundation on which larger sets are ‘sold’ to viewers, movie magic is close at hand.”  I can remember when I was a kid my house had a long L-shaped deck that wrapped all the way around two sides, and –inspired by Star Trek The Next Generation — I carved some control panel buttons into the wooden railing on the far end.  I even forced my cousin Joey to walk back and forth for what must have been hours, mimicking the corridor walk as if I was Captain Jean-Luc Picard and he was Commander Riker.  Yup, I was a geek.  Now animator Serafin Alvarez has taken inspiration from these beloved hallways and connected many of the most famous into one single maze.  You can watch a screen recording of the animation above, and for more information and to get a downloadable standalone you can visit SerafinAlvarez.net. 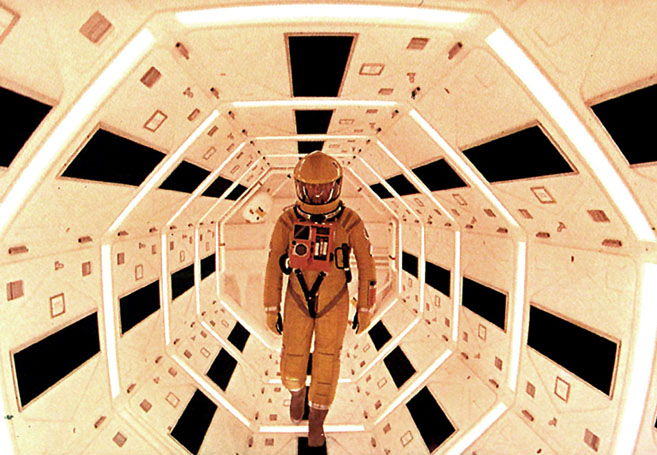