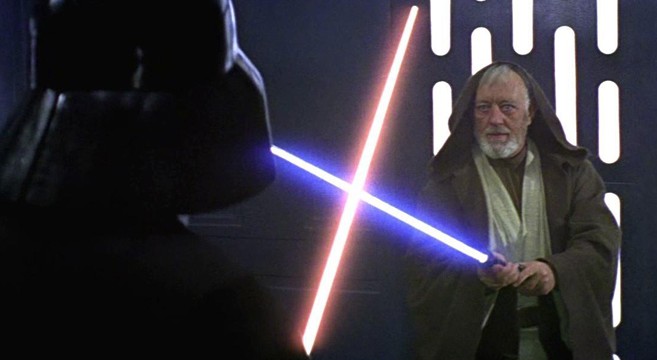 How “STAR WARS”, “Interstellar” & More Embraced Hinduism Without You Even Noticing

Seeing Interstellar recently was the most spiritual experience I’ve had in a cinema in as long as I can remember — and that’s no coincidence.  Besides the rapturous organ-woven score by Hans Zimmer, the message of the film is inherently Hindu-based as well.  In a terrific new piece in The Guardian, writer Nirpal Dhaliwal reflects on the Hindu influences and themes embedded in the greatest works of Hollywood’s science fiction pantheon: “Spirituality is the open-secret. And the movies that tap into that, like Star Wars and Interstellar, are hugely popular.  Audiences know what the film is telling them, they have a sense that this story is working on a deeper level.  It’s telling them that there’s more to life than just the ordinary. That there’s something much bigger, and they’re a part of it.”  You can read the full article at The Guardian.

Previous post:
Check Out This Hilarious 15-Minute Compilation Of The Best News Bloopers Of 2014 Next Post:
“Lumbersexuality And Its Discontents”: Read This Brilliant Psychoanalysis Of The Lumbersexual Trend