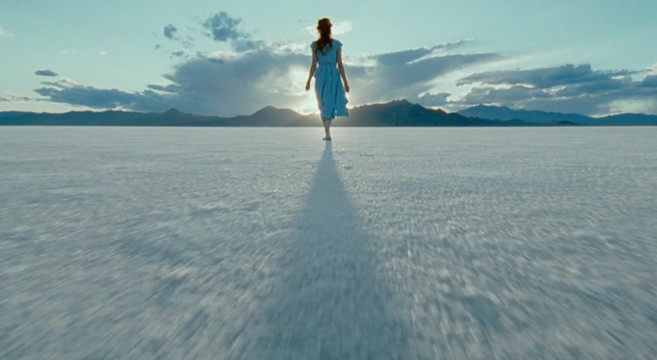 When asked the question, “What gives your life meaning?” the answers usually consist of one or more of the following: children, religion, family, creativity, knowledge, connection, and love.  But what happens when you pull back even further and ask the question: “What exactly is the meaning of ‘meaning’?”  Together with our search for answers into the nature of human consciousness, our quest to understand the meaning of life itself is and always will be mankind’s most ambitious project.  As for the latter of these two, we are now closer to the answer than ever before.

There are no less than 10,000 religions spanning the world, and religion itself has been around since humans first began to form the civilizations.  Humans are social creatures, and religion is one of the most powerful cohesive forces in shaping a society.  But what is it about religion that is so human?  When people fall in love, they are not necessarily falling in love with the other person — they are falling in love with how the other person makes them feel.  And religion has a similar effect.  Science has discovered that the psychological benefits and personal well-being that are found in religious people are connected to how the practice brings meaning to their lives.  But beyond this, it is the practice of religion that makes one feel as if their life story is part of a much larger tale.  In a sense, being religious gives people an “automatic meaning” to their lives as they become part of a larger, immortal and ongoing story with a beginning, a middle, and a guaranteed blissful ending.  Nowhere is this explained more elegantly than in Bill Moyers’ interview with author Margaret Atwood which you can watch in video #1 below.

Children, family, and nostalgia are also powerful sources of meaning — but why is this so?  In much the same way as Jason Silva explains in his philosophical analysis of the Instagram phenomenon (video #2), family and nostalgia place our individual lives in an ongoing narrative context which has a past, a present, and a future.  The psychological benefits of this are immense, and beyond the glue of love which keeps our life storybooks held together, it is the narrative itself which has been proven to be the ultimate source of the meaning — a far more complex concept than simply the individual ingredients, plots, and characters involved.

A love of creativity, intellectualism, travel, cooking, sex, sports, singing, and on and on and on — at their core, these are all moment-based passions.  When engaged in any one of these activities, we are immersed in the present moment.  And it’s these moments “in the now” which become some of the most pivotal building blocks of our individual life stories.  When lost in the now, it’s almost as if a higher force has taken control of the pen, and we get to sit back and participate as our life story momentarily takes on a life of its own.

Therapy is also one of the richest and most fruitful techniques in which we become the most engaged in narrating our life stories.  In a brilliant feature published in Scientific American, May Benatar writes of the vast healing power that comes when one is able to narrate their own life story: “It’s also very true that often our stories may not be our own.  We may have adopted the stories of our parents, grandparents, siblings or some other authority figure rather than having developed an account of our own experience as we felt and perceived it.  To construct a story of our life is to make meaning of it.  To compose memory, emotion and internal experience as well as autobiographical facts into a story helps us to become who we are.  Interestingly, story-telling is taught in school very early: in pre-school and kindergarten.  A pre-school teacher noted that children’s stories often become autobiographical quite spontaneously.  The children include details of family life without prompting.  Story-telling is an important part of self development.  The narration that has gone awry can be addressed and realigned in psychotherapy.”

Benatar continues: “There is compelling research evidence that the coherence of a primary caregiver’s autobiographical, relational story is a key component in parenting.  There is good reason to believe that the quality of children’s relational lives, as well as their sense of security in the world will be positively impacted by how their parents have come to understand and narrate their own relational history.  What researchers found was that a strong predictor of stable, secure attachment in babies was the primary ability to recount a coherent story of their own lives.  That story doesn’t need to be historically accurate.  It does not need to be positive.  It is not necessary to have had a happy childhood.  All that is necessary is to be able to tell both yourself and an interviewer a story that hangs together and makes sense.  This is how coherence is described by the one of the researchers: ‘a coherent interview is both believable and true to the listener; in a coherent interview, the events and affects intrinsic to early relationships are conveyed without distortion, contradiction or derailment of discourse.  The subject collaborates with the interviewer, clarifying his or her meaning, and working to make sure he or she is understood.  Such a subject is thinking as the interview proceeds, and is aware of thinking.’ ”  Sadly, when the personal life-storytelling process collapses it can have devastating results.  Research has discovered that the #1 reason people commit suicide is because they didn’t live up to the standards of the life story they wanted to tell.

In his book, The Storytelling Animal,  Jonathan Gottschall argues that stories are the most important tool in not only building meaning into our lives, but also in navigating life’s complex social problems — just as flight simulators prepare pilots for difficult situations.  Storytelling has evolved, like other behaviors, to ensure our survival.  Drawing on the latest research in neuroscience, psychology, and evolutionary biology, Gottschall tells us what it means to be a storytelling animal.  Did you know that the more absorbed you are in a story, the more it changes your behavior?  Gottschall writes: “Clever scientific studies involving beepers and diaries suggest that an average daydream is about fourteen seconds long and that we have about two thousand of them per day.  In other words, we spend about half of our waking hours — one-third of our lives on earth — spinning fantasies.  We daydream about the past: things we should have said or done, working through our victories and failures.  We daydream about mundane stuff such as imagining different ways of handling conflict at work.  But we also daydream in a much more intense, storylike way.  We screen films with happy endings in our minds, where all our wishes — vain, aggressive, dirty — come true.  And we screen little horror films, too, in which our worst fears are realized.” (see video #3)

As you become more actively engaged in your newly expanded role as the architect and narrator of your great life story, you must remember that the greatest stories in history have dark chapters as well.  The danger of too much religion, for instance, is that it has taught us to run away from these dark moments and get into the light as fast as possible.  But as Episcopal priest Barbara Brown Taylor explains in a recent interview with Oprah Winfrey, too much light can burn.  She has discovered that the darkest moments in her life were actually the most transformative, and filled with some of the most profound lessons she has ever learned (i.e. the death of her father being just one of these chapters).  Their fascinating conversation can be watched in full below (video #4).  It’s a powerful look at the importance of how the most difficult chapters of our life stories are often the most enriching.

In his book On The Origin Of Stories: Evolution, Cognition, and Fiction (Harvard University Press), author Brian Boyd takes a broad, fascinating look at the anthropological underpinnings of storytelling and its fundamental role in adding meaning to one’s life.  Boyd gathers an impressive mass of scientific evicidence, drawing on evolutionary theory, ethology, linguistics, artificial intelligence, game theory, anthropology, economics, neurophysiology, analytic and experimental philosophy, epistemology and psychology, and explains from a scientific perspective why storytelling is so important.  He brilliantly walks the reader through the reasons why the apparently frivolous activity of storytelling is so fundamentally powerful.  Boyd argues that “humans are hyper-intelligent and hyper-social animals.”  By lining up key elements of intelligence, cooperation, pattern-seeking, alliance-making, and the understanding that other beings have beliefs and knowledge of their own, stories make us stronger and more effective as a species.  As Forbes writes in their review: “Attention is the reward that listeners bestow on the storyteller.  Boyd’s book is engrossing and deftly reasoned.  It assembles the scientific evidence which explains why some stories speak to audiences across cultures and generations.  The most successful storytellers apply themselves to the listeners’ dilemmas — not just to amuse, but to make them fitter to triumph in the contests of life.”

The greatest take-home lesson here is that you are not only the storyteller  — you are the listener as well.  You are the writer and the reader of your great life story.  And as the old carpe diem adage goes — “Live everyday like it’s your last” — all that really means is to try your best not to have too many blank pages in your life story when it’s all said and done.  Once upon a time, there was you.

SEE ALSO: How To Understand That A Meaningful Life & A Happy Life Are Two Different Things
SEE ALSO: 75 Years In The Making: Harvard Just Released Its Epic Study On What Men Need To Live A Happy Life
SEE ALSO: The Great Work of Your Life: Stephen Cope’s Extraordinary Guide For The Journey To Your True Calling

Previous post:
This “60 Minutes” Report On The Planet’s Groundwater Depletion Will Leave You Quenched Next Post:
You Can Now Stream LOSCIL’s Brilliant New Ambient Album “Sea Island” In Full