Scientific American | by May Benatar (published January 19, 2011): An important part of the psychotherapy process, as I understand it and have practiced it, involves constructing a narrative of one’s life. This may seem like a curious task given that we all know or should know the story of our lives. We’ve been imagining the movie to be made from that story forever, right? Well, that may be true of some us, but a surprising number of people actually don’t have a coherent story: something that hangs together, makes sense, and has some internal consistency. The story may have large, important chunks missing. Or the narrative is fragmented and chaotic. Sometimes the story is there but it is self-condemnatory and unfair. For example, a woman who was raped at the age of 16 was telling herself that she consented to sex with a man much older than she was, someone she barely knew. She thought of herself as a slut. All the adults in her family would agree (if they knew the story): a 16-year-old is a grown-up and responsible for her actions. I had her look up the definition of “statutory rape.” It took years for her to empathize with her frightened and confused 16-year-old self and to re-structure the story to reflect her naiveté, fear, isolation and vulnerability at the time.

It’s also very true that often our stories may not be our own. We may have adopted the stories of our parents, grandparents, siblings or some other authority figure rather than having developed an account of our own experience as we felt and perceived it. To construct a story of our life is to make meaning of it. To compose memory, emotion and internal experience as well as autobiographical facts into a story helps us to become who we are. Interestingly, story-telling is taught in school very early: in pre-school and kindergarten. A pre-school teacher noted that children’s stories often become autobiographical quite spontaneously. The children include details of family life without prompting. Story-telling is an important part of self development. The narration that has gone awry can be addressed and realigned in psychotherapy.

There is compelling research evidence that the coherence of a primary caregiver’s autobiographical, relational story is a key component in parenting. There is good reason to believe that the quality of children’s relational lives, as well as their sense of security in the world will be positively impacted by how their parents have come to understand and narrate their own relational history. What researchers found was that a strong predictor of stable, secure attachment in babies was the primary ability to recount a coherent story of their own lives. That story doesn’t need to be historically accurate. It does not need to be positive. It is not necessary to have had a happy childhood. All that is necessary is to be able to tell both yourself and an interviewer a story that hangs together and makes sense. This is how coherence is described by the one of the researchers:

“… a coherent interview is both believable and true to the listener; in a coherent interview, the events and affects intrinsic to early relationships are conveyed without distortion, contradiction or derailment of discourse. The subject collaborates with the interviewer, clarifying his or her meaning, and working to make sure he or she is understood.  Such a subject is thinking as the interview proceeds, and is aware of thinking.”

This assertion comes from the attachment literature in which adult caregivers’ “attachment status” is evaluated as a measure of the quality, stability and security of the adults’ relationship bonds. This in turn was correlated with the attachment status of their offspring. Given the robustness of this research finding I don’t understand why everyone who wants to be a parent or is a parent doesn’t run to their nearest therapist. It would seem to be the best argument for undertaking the admittedly arduous, expensive, and sometimes painful process of psychotherapy. So many of us have accepted someone else’s version of our lives. If you have always been told that your childhood was idyllic you might be tempted to go along and not validate some of your own memories or even weak suspicions that things were not always perfect. If you were always told that you were an overly sensitive child you might buy this wholesale. Never mind your own dim sense that people were actually pretty mean to you. People in therapy are often concerned that they are blaming others for their problems and this seems unfair. Their empathy for their parents and siblings will make it difficult to empathize with their own younger selves. Empathy for others, those adults who did the best for us growing up, is a positive thing. But not if it’s prioritized over empathy for the self.

It is truly amazing how much fog, depression, confusion and anxiety begins to lift when the story one narrates starts to be one’s own. It needn’t be a pretty story or even a wholly accurate story—just one’s own. A college freshman grew up “knowing” he was just like his father: a depressed, somewhat ineffectual man who had problems functioning at work and at home. The father was bedeviled by chronic procrastination and low energy and a robust depression. As a result the job he held did not reflect his true talents. The family struggled financially. The young man was brought to therapy for some of the same issues. Despite a very high IQ he was barely passing his classes at school. He had trouble getting his work in on time and was virtually paralyzed when he had a writing assignment. He saw himself as depressed, learning disabled, and an all around loser. His “diagnosis” was confirmed by mental health professionals who put him on anti-depressant medication and medication for ADHD. An important chapter in our work together was getting him to re-address the story of self he had constructed, i.e. that the apple lay right next to the parental tree. Psychological testing ruled out ADHD or any learning problems at all. He suffered from self esteem issues but was not seriously depressed. Perhaps he was not the “loser” that he had told himself he was? With a lot of support and constant re-addressing of his basic assumptions about himself, this young man was able to construct a narrative that had more complexity, nuance, and coherence then the family story he had been sold and had bought. He went on to finish college with good grades and an ever increasing robust sense of self.

As the examples above (both the rape victim and the young man who saw himself as a loser) illustrate, the enterprise of creating an authentic and coherent narrative of self is an important part of the complex enterprise of psychotherapy and one that pays great dividends in an unfolding life story. 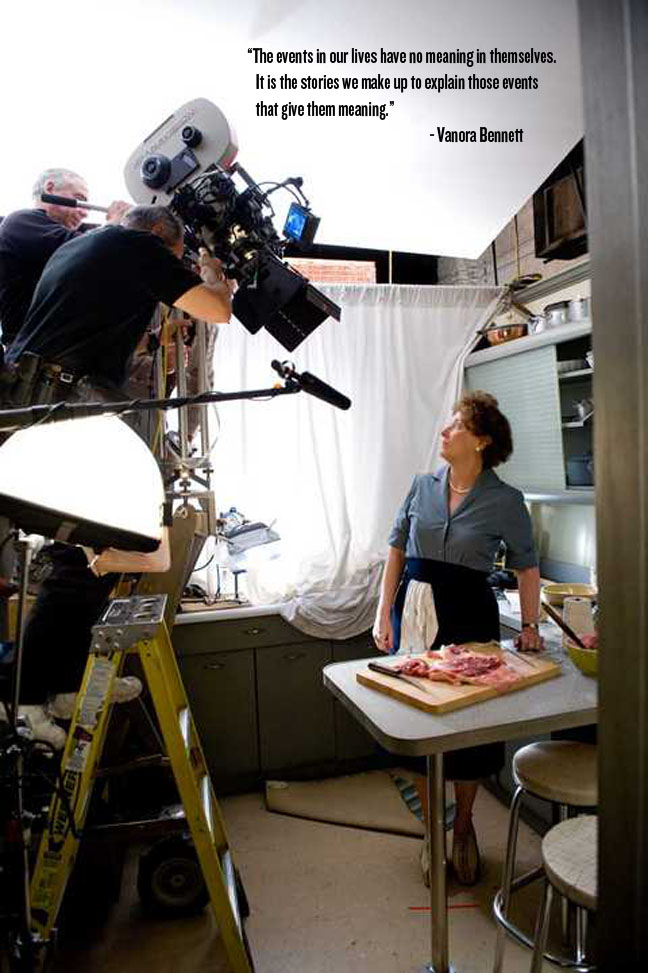 Previous post:
HMV Executives Bracing Themselves For Scary Meeting With Credit Insurers Next Post:
The 5 New Emotions Born Out Of The Internet Age