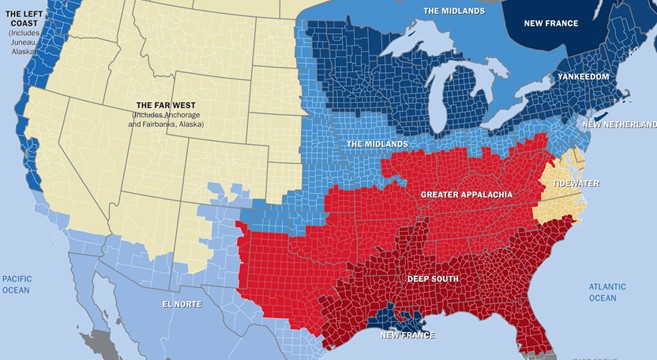 Researchers at Tufts University in Boston, one of America’s most prestigious private research universities, have published a fascinating analysis of the cultural rivalries that exist within North America.  There are in fact 11 rival nations within the continent, having developed in relative isolation from one another over several centuries, thereby allowing each to develop its own unique set of distinct traits. Colin Woodard is the author of American Nations: A History of the Eleven Rival Regional Cultures of North America, and he writes: “The original North American colonies were settled by people from distinct regions of the British Isles — and from France, the Netherlands, and Spain — each with its own religious, political, and ethnographic traits.  For generations, these Euro-American cultures developed in isolation from one another, consolidating their cherished religious and political principles and fundamental values, and expanding across the eastern half of the continent in nearly exclusive settlement bands.  Throughout the colonial period and the Early Republic, they saw themselves as competitors — for land, capital, and other settlers—and even as enemies, taking opposing sides in the American Revolution, the War of 1812, and the Civil War.  There’s never been an America, but rather several Americas — each a distinct nation.  There are eleven nations today.”  You can read the full breakdown of each of the 11 nations inside North America by visiting Tufts.edu. 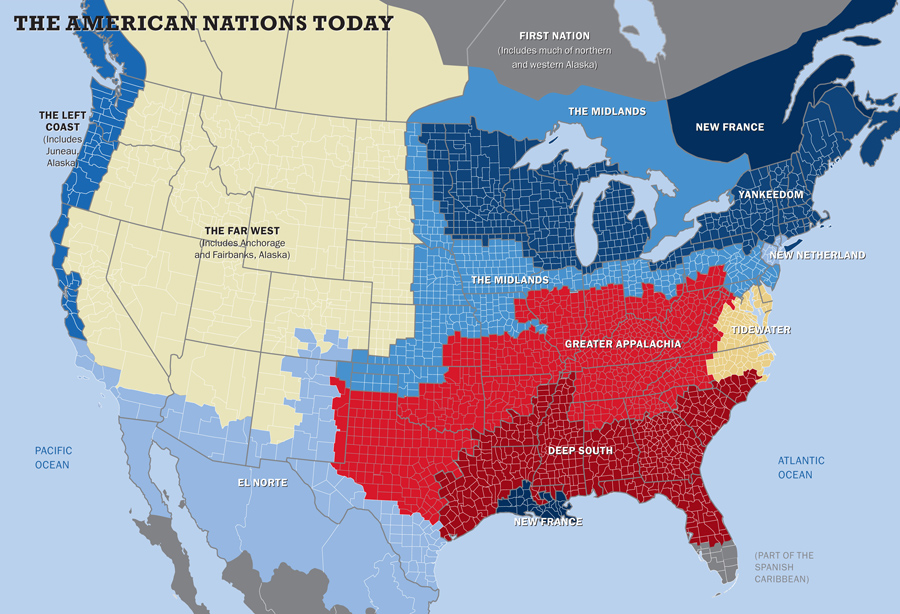 Previous post:
Quentin Tarantino Compares “INTERSTELLAR” To Malick & Tarkovsky, Nolan Connects It To “Boyhood” Next Post:
Watch As “E.T. The Extra Terrestrial” Casting Director Explains How They Found Their Elliott