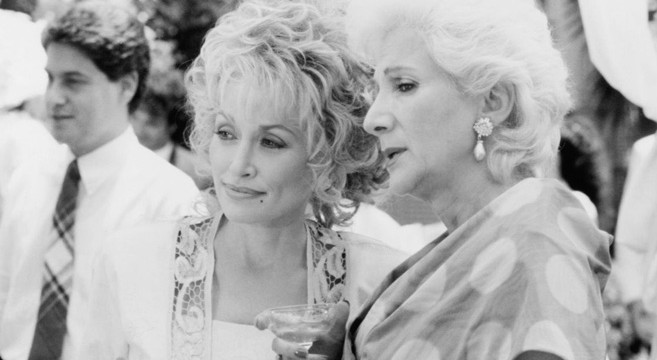 25 Years Later: “Steel Magnolias” Author Talks To NBC About The True Story That Inspired The Film

When playwright Robert Harling lost his sister in 1985 he was having a very tough time dealing with the devastating loss.  He soon put pen to paper and in no time at all Steel Magnolias was born.  Harling wrote the play in ten short days.  He tells NBC News, “Ten days later, that’s all it took because I had lived the story.”  His original intention was to write a short story, but he realized it was missing the essential personality and vernacular of the south, so he began to add the dialogue — and the rest is history.  When the play hit the stage he says everything changed because the play was written as a drama and was rehearsed on stage as such, but as soon as the first audience was brought in the laughter emerged for the very first time and Harling was shocked and terrified at first.  “When the first preview audience came in, there was all this laughter, and we had no idea,” Harling said.  “We were completely thrown back because we thought we were doing a drama.”

This year marks the 25th anniversary of the beloved film version of Steel Magnolias, which was released on January 1, 1989.  Originally the role of Shelby was offered to Meg Ryan, who turned down the part so she could star in When Harry Met Sally.  One of the next actresses to audition for the role was someone that almost nobody on the production team had heard of before — a young sprite named Julia Roberts.  Harling knew immediately she was the one.  “When she walked in, it was like somebody just turned the lights on in the room,” he said.  “She flashed that smile and … that was my sister.”

Harling wrote the play not only for himself, but mostly for his young nephew who was about to embark on a life without a mother.  The play was to be a way in which he could immortalize his sister’s memory for his nephew.  Later when the film became an instant global box office phenomenon, Harling says there was one week when he learned his teenage nephew was having some difficulty with some subjects in school.  When he asked his nephew if he was OK, the teenager replied: “Oh no. Don’t worry about me.  Everybody likes me.  They think I’m really cool.”  The reason?  Because his real-life mother was brought to life by Julia Roberts on the silver screen.  “That hit me like a ton of bricks,” Harling said.  “He doesn’t remember his mother, but he does know as a teenager that his mother was so cool, it took the biggest star in the world to play her.”

Robert Harling recently sat down with the TODAY show for an exclusive interview about the inspiration for the story, more behind-the-scenes details about his Steel Magnolias experience, and much more.  You can watch it in full below.