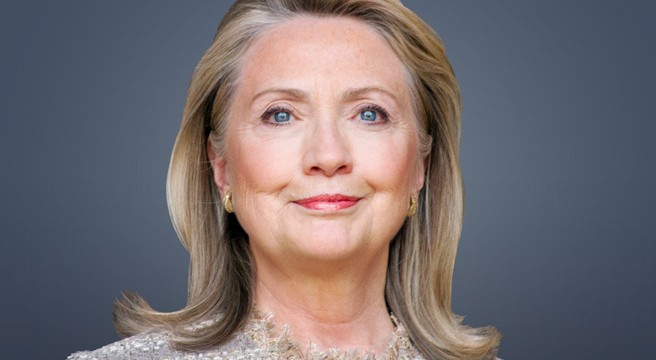 Jeffrey Goldberg of The Atlantic is known for his masterful interviewing style, being able to make even the most hardened of politicians feel comfortable enough to open up in a major way.  His enviable skill was shown most powerfully in his brilliant new interview with Hillary Clinton.  The interview marked Clinton’s first official pivoting away from the Obama administration, as she criticized the administration’s handling of Syria and its hands-off approach which created a power vacuum responsible for the birth of ISIS.  Even Attorney General Eric Holder describes the rise of ISIS as “something that gives us really extreme, extreme concern.  In some ways, it’s more frightening than anything I think I’ve seen as attorney general.”

As the Presidential election machine begins to rev its engines once again, it is becoming increasingly clear — not only to Democrats but Republicans as well — that Hillary Clinton is the hands-on favorite to win the Presidency.  What’s more, as two political insiders from Texas recently revealed to me, the Republican party is about to disappear entirely for “at least a generation”.  The biggest reason for this is their expert prediction that Texas is about to become a Democratic state, and once that happens it will be impossible for the Republicans to win the Presidency for at least 25 years.  For decades, the winner of the Presidency has hinged on the “swing states” such as Iowa, Ohio, Colorado, etc., which can go either red or blue.  But as political analysts have been watching for years now, these states are all gradually becoming more and more solidly Democrat.  None of these states, however, are as influential as Texas, which itself is reaching a Democratic “tipping point”.  And — as these two GOP insiders revealed to me yesterday — once that happens, it is game over for the Republicans for at least a generation or more.  Having worked closely with the Bush family and fellow Republicans since before George W. Bush was governor of Texas, they predict an end to the Republican party as we know it.  In their own words, the keys to the White House are going to be in the hands of the Democratic party for decades to come.

For more analysis of the Jeffrey Goldberg interview, you can watch Charlie Rose’s interview with David Brooks of The New York Times below.  Also worth watching is FRONTLINE‘s fascinating, yet chilling look at how Iraq has spun out of control, and how ISIS has risen to power.  As one expert warns, “ISIS makes Osama bin Laden’s Al Qaeda look like boy scouts.”  You can also watch Charlie Rose’s recent interview with Hillary Clinton herself.  During my conversation yesterday with my two GOP sources, they also explained another reason why Hillary Clinton will almost certainly take the White House in 2016.  “Everyone in the world,” they point out, “already knows who she is.”  Most of the energy spent on a Presidential campaign goes directly towards destroying the character and reputation of the opponent.  In this respect, Hillary Clinton’s reputation and character is untouchable, as she has already weathered more personal attacks than any other politician who has ever run for President.  Adding to Clinton’s untouchability is the fact that she has consistently ranked #1 as the World’s Most Respected Woman for 8 years in a row.

SEE ALSO: Watch The First Part Of VICE’s Terrifying New Documentary On ISIS & The Rise Of The Islamic State