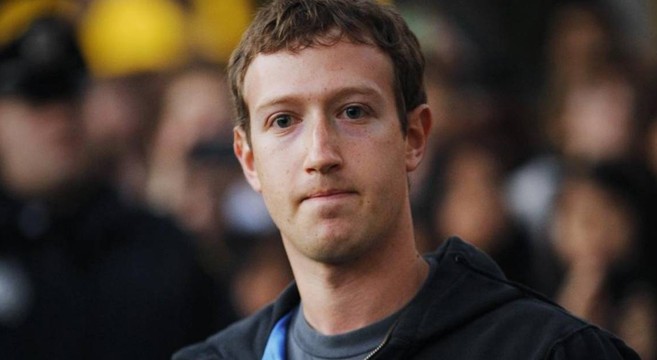 If there were any doubts that Facebook is just getting started, those doubts were laid to rest on Thursday when the social network unveiled its quarterly earnings report.  David de Jong of Bloomberg writes: “The Menlo Park, California-based company posted second-quarter sales that soared 61 percent to $2.91 billion yesterday, exceeding analysts’ average estimate of $2.81 billion. The company’s revenue gain follows Google’s results last week, when the Web-search company posted sales that topped analysts’ estimates, largely based on the strength of online ads.”

The surge in revenue instantly propelled 30-year-old Mark Zuckerberg to the #16 spot in the ranking of the world’s richest people, topping Google’s founders who take the #17 and #18 spots, as well as Amazon’s Jeff Bezos at #20, according to The Huffington Post.  Facebook’s earnings report on Thursday sent Facebook’s stock through the roof, adding $1.6 billion to Zuckerberg’s wealth which now sits at $33.3 billion.  Over the past 12 months Facebook’s stock has surged 183%, the biggest rally on the S&P 500.

So how far can Zuckerberg’s wealth climb?  The sky’s the limit.  According to Wall Street insiders, Facebook’s potential market cap is bigger than Google’s.  Google’s market cap has leveled off at $400 billion, while Facebook’s is skyrocketing from its current market cap of $195.4 billion.  Because Zuckerberg has managed to hold onto 22% of Facebook (a much higher stake than Google’s Larry Page and Sergey Brin own of their company, or Jeff Bezos’ ownership of Amazon), that means his net worth will rise to $88 billion when Facebook’s value reaches $400 billion.  That’s $3.3 billion more than Bill Gates.  David de Jong of Bloomberg writes: “Bill Gates remains the world’s richest person with an $84.7 billion fortune. The Microsoft (MSFT) Inc. chairman’s net worth has grown 7.9 percent this year, with five of his biggest holdings, including Microsoft, Canadian National Railway Co. and Republic Services Inc., accounting for almost $4 billion of the gain.)

Two years ago Facebook’s revenue-generating future wasn’t looking so bright, as most experts showed concern over the company’s inability to generate ad revenue.  But over the past 24 months Zuckerberg has diverted almost 99% of Facebook’s resources to cracking the ad revenue secret; and it’s worked — bigtime.  Wall Street insiders are more than confident that Zuckerberg has built a company that shows unlimited growth potential.  Jay Yarow of Business Insider writes: “Facebook has only scratched the surface of its potential. The core business’ revenue is still growing at 61% on a year-over-year basis. It’s sitting on Instagram, which could be another advertising juggernaut, and then there’s WhatsApp and Facebook messages. Plus there’s Oculus, and who knows what else Facebook can think of?”

Photo courtesy of On Secret Hunt

Previous post:
Electric Youth’s New Single “Runaway” Might Inspire You To Runaway From Your Office Desk Next Post:
This Is Your Brain On God: Reflecting On God’s Love Decreases Neurophysiological Responses To Errors