A new UN report recently pressed a giant red alert button when its results concluded that civilization as we know it is on the verge of collapse due to climate change.  In a fascinating roundtable discussion about the issue, Charlie Rose gathered Michael Oppenheimer of Princeton University, Jeffrey Sachs, Director of the Earth Institute, and Michael Mann of Penn State University.  You can watch the full interview above.  You can read the full UN report by CLICKING HERE.  (PHOTO: Icebergs in the Ilulissat icefjord visited by Secretary-General Ban in Greenland in March 2014 where he issued a warning about climate change. Photo UN/Mark Garten). 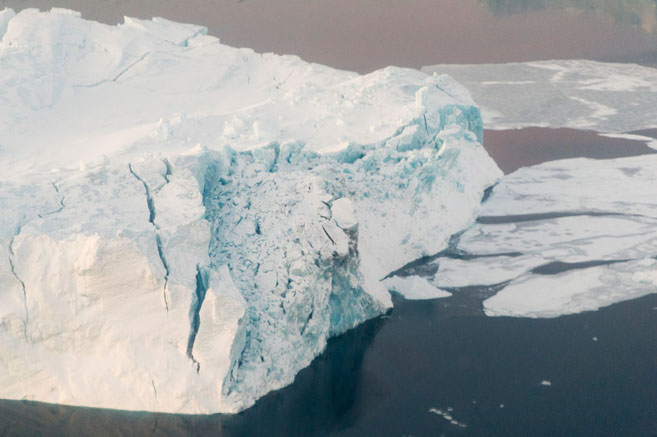