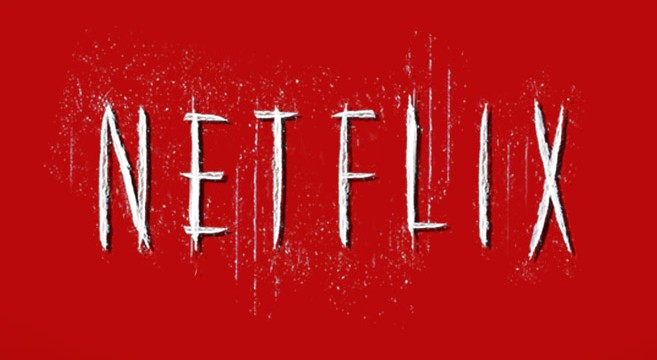 Addiction & Neurocinematics: This Is What Happens To Your Brain When You Binge On Netflix

Thanks to high speed Internet service, our computers and televisions allow us to watch anything we want, when we want, and for as long as we want.  Couple this newfound technology with the current Golden Age of television, and we have what some folks would describe as a dream scenario, and for others a troubling situation.  It wasn’t that long ago when season-spanning DVDs of the latest episodes of Sex And The City or Six Feet Under were impossible to find in video rental stores due to high demand.  One decade later, and those days already seem like ancient history.  All of your favorite programs are now waiting for you at the push of a button.  In the new world of Netflix, it’s not uncommon to overhear hear friends and family say they spent the entire weekend binge-watching House Of Cards or Homeland.  But what effect, pray tell, does all this binge-watching have on the human brain?

Part of the reason we are witnessing this new Golden Age of television is that writers and producers of these critically acclaimed series have finally learned how to hack the most critical emotion inside the viewers’ brains related to film and television — empathy.  A fascinating study out of Princeton put their test patients’ brains under an fMRI brain scanner as the patients watched a cross section of various types of programming.  Princeton is the world leader in the burgeoning new field of neurocinematics, the study of how film and television interact with the human brain.  The researchers, led by Princeton psychologist Uri Hasson, then carefully analyzed these brain patterns, looking closely for the “intersubject correlation” (ISC) — a metric which examines how deeply engaged the viewers were with each program.  While the more trivial videos demonstrated ISC readings as low as 5%-18%, the programming more inline with today’s Golden Age revealed ISC readings of 65% and higher.

In an interview with Psychology Today, Hasson says the more deeply engaging programming: “was able to coordinate the responses of many different brain regions, resulting in simultaneous ‘on’ and ‘off’ responses across participants in 65 percent of the brain.  Hasson concluded that the more ‘controlling’ the clip — in other words, showing the viewer exactly what they’re supposed to pay attention to — the more focused the audience.”  Netflix recently released survey data indicating that 61% of their viewers enjoy binge-watching; 76% welcomed binge-watching as a welcome refuge from their daily lives; and 80% agreed binge-watching multiple episodes was far more interesting than watching single episodes.  New data also reveals that Americans watch an average of 5 hours of televisions per day.

A study by researchers Robert Kubey and Mihaly Csikszentmihalyi published in Scientific American Mind, entitled “Television Addiction Is No Metaphor” examines the same problem.  Kubey and Csikszentmihalyi open with: “Perhaps the most ironic aspect of the struggle for survival is how easily organisms can be harmed by that which they desire.  The trout is caught by the ﬁsherman’s lure, the mouse by cheese.  But at least those creatures have the excuse that bait and cheese look like sustenance.  Humans seldom have that consolation.  The temptations that can disrupt their lives are often pure indulgences.  No one hasto drink alcohol, for example. Realizing when a diversion has gotten out of control is one of the great challenges of life.”  In their study of television addiction, the pair discovered “patients reported feeling immediately relaxed when the TV came on, and continued to be, until  the viewing session ended, which quickly prompted a feeling of sadness.”  The results prove that television addiction is comparable to opiate and tranquilizer addiction, lifting the viewer to enormous highs, and plunging them into valleys of sadness as soon as the show is over.

The following are the top 4 findings of the study which proves that binge-watchers: 1) are more anxious and stressed in unstructured/unplanned situations (e.g. waiting in line), 2) have shorter attention spans, 3) have loss of self restraint, and 4) have documented withdrawal symptoms (like increased irritability) after missing a viewing session.  You can read the study in full by visiting CommercialAlert.org.