For years, scientists have been trying to create a vaccine that stimulates the production of antibodies in the human body that are capable of targeting nicotine molecules before they reach the human brain where receptors unleash that cigarette-induced chill-out feeling.  Noble efforts in the past have successfully managed to generate enough antibodies that achieve this, however, the human body always manages to figure out a way of trumping the antibodies.  In brand new research set to be published in the June 27th issue of Science Translational Medicine, Dr. Ronald G. Crystal, Chairman and Professor of Genetic Medicine at Weill Cornell Medical College in New York City, reveals how his team may have finally discovered the cure for nicotine addiction:

Crystal’s team developed a vaccine that contains a virus consisting of a genetic sequence they engineered from a nicotine antibody, and injected it into the liver of mice. The injection genetically modifies the liver to churn out nicotine antibodies, along with other cells it typically makes, thus providing a nicotine antibody “factory” in the body. That suggests the effect won’t diminish over time like that of other antibodies. The antibodies then work by targeting the nicotine cells within seconds of exposure and preventing them from reaching receptors in the brain that provide the “chill out” feeling, as Crystal called it.  “The antibodies are little Pac-men that like nicotine and just gobble it up,” Crystal told CBS NEWS.

Crystal notes that upon treatment with the nicotine vaccine, the mice have zero reaction to nicotine: “It’s like giving them water,” he says.  Trials are now set to begin on chimps, and eventually humans, bringing us miles closer to the day when we can get a nicotine vaccine shot when we’re kids — forever protecting us from one of the modern world’s most devastating health issues.  You can read the full story by visiting CBS NEWS. 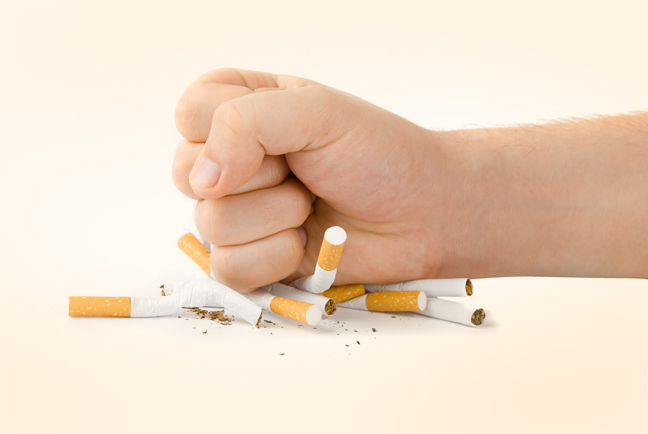 Previous post:
LINKguide (June 27, 2012) Next Post:
The Incredible “Shrouded House” Of Melbourne, Australia Will Make You Hate Your Own Home