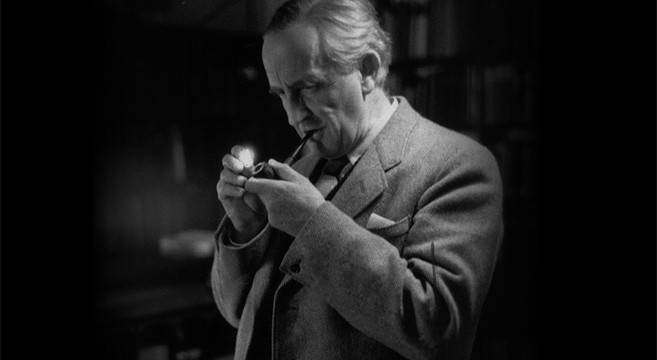 In an interview Maurice Sendak said: “I do not believe that I have ever written a children’s book.  I don’t write for children — I write, and somebody says, ‘That’s for children!’”   Neil Gaiman has also made this very same argument that fantasy fiction has equally as powerful an effect on the adult imagination as it does the child’s.

In March 1939, renowned fantasy writer J. R. R. Tolkien penned an essay enitled “On Fairy-Stories” which explores the nature of fantasy and the cultural role of fairy tales.  His argument is the same — that there is no such thing as “writing for children.”  Tolkien writes: “A ‘fairy-story’ is one which touches on or uses Faerie, whatever its own main purpose may be: satire, adventure, morality, fantasy.  Faerie itself may perhaps most nearly be translated by Magic — but it is magic of a peculiar mood and power, at the furthest pole from the vulgar devices of the laborious, scientific, magician.  There is one proviso : if there is any satire present in the tale, one thing must not be made fun of, the magic itself.  That must in that story be taken seriously, neither laughed at nor explained away.”

Tolkien adds: “Creative fantasy, because it is mainly trying to do something else … may open your hoard and let all the locked things fly away like cage-birds.”  You can read more excerpts from Tolkien’s essay by visiting BrainPickings.org.