Picture it: the year is 1865 and the American Civil War has finally come to an end, Abraham Lincoln is shot inside Ford’s Theatre in Washington D.C., the American West is just beginning to be developed, and Canada is still two years away from becoming a country.  This very same year across the Pond, Lewis Carroll publishes Alice’s Adventures In Wonderland, and six years later in 1871 he releases Through The Looking Glass.   Mystery, magic, seances, and spiritualism captivated the world at the time, and it was a truly remarkable era of wonder and romance with the unknown and the other side.  Even Lewis Carroll himself could never have imagined that his works would eventually live on to inspire generations upon generations, and bear so many other stunning manifestations of the Alice DNA: from the iconic illustrations of Arthur Rackham’s Alice’s Adventures In Wonderland, to Salvador Dali”s little-known illustrations, to Tim Burton’s breathtaking adaptation.

Carroll’s masterpiece continues to captivate the minds of artists and philosophers alike, and in the latest instalment of the Blackwell Philosophy and Pop Culture series, seventeen comtemporary thinkers take a deeper look between the lines of the literary classic in a brand new anthology of essays entitled Alice in Wonderland and Philosophy: Curiouser and Curiouser.  The collection of essays embarks on a fascinating and fresh philosophical analysis of Alice, exploring subjects as diverse as drugs, dreams, logic, gender, perception, escapism, and what the Red Queen can teach us about nuclear strategy.  Brain Pickings‘ Maria Popova recently published a review of the anthology, and her personal favorite is “Six Impossible Things Before Breakfast” written by George A. Dunn and Brian McDonald:

When it comes to the curious conditions of Wonderland, Alice’s efforts to make sense of the nonsensical pay off with dividends. But that’s because the nonsense is only provisional, only on the surface, beneath which a diligent investigator like Alice is able to discern perfectly intelligible, albeit unexpected, rules of cause and effect.

… Once Alice has learned what these rules are, she can count on them to operate as dependably as any of the laws of nature that obtain in our world. They only seem nonsensical to usbecause our experience of our world aboveground and on this side of the looking glass has burdened us with a slew of preconceptions about what can and cannot be accomplished by ingesting the caps of gilled fungi.

… It is to Alice’s credit that she doesn’t hesitate for a moment to discard her preconceptions when she comes across situations that patently refute them. In doing so, she displays an admirable readiness to encounter reality on its own terms, a receptive cast of mind that many philosophers would include among the most important “intellectual virtues” or character traits that assist in the discovery of truth.

If this wets your appetite, Popova notes: “For a parallel meditation on the importance of being able to step away from assumption, cultivate doubt, and find pleasure in mystery, see yesterday’s related exploration of the necessity for ignorance in science.  The remaining essays in ‘Alice in Wonderland and Philosophy: Curiouser and Curiouser‘ offer insights on everything from social contracts to post-feminism to logical fallacies, spanning schools of thought as varied as Aristotle, Socrates, Hobbes, Wittgenstein, Derrida, and a wealth in between.”  You can pick up your own copy of Alice in Wonderland and Philosophy: Curiouser and Curiouser via Amazon.

For more incredible finds such as this be sure to visit BrainPickings.org.  And for a complete archive of Maria Popova’s terrific Brain Pickings archive CLICK HERE.  You can also get LIVE updates from Brain Pickings via Facebook and Twitter.  And no reference to Alice In Wonderland would be complete without watching the following excerpt from Terence McKenna’s now infamous 1994 lecture entitled “Eros And The Eschaton” set to images from Tim Burton’s gorgeous 2011 love letter to Lewis Carroll below. 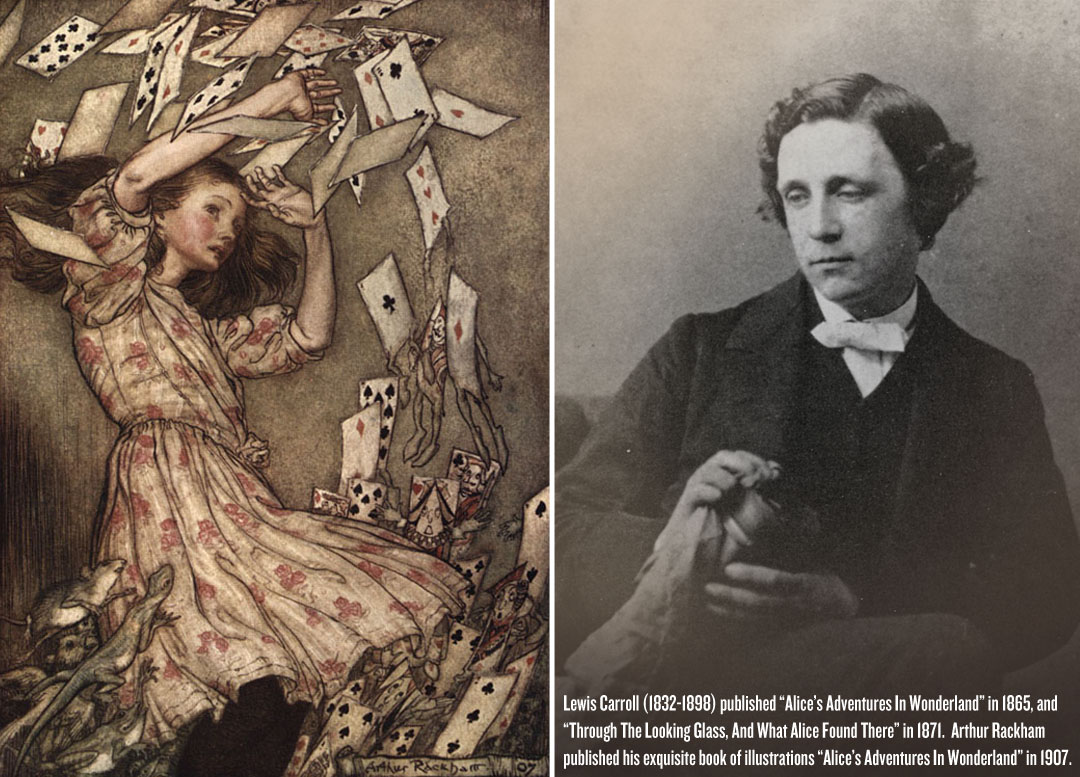 Previous post:
Dream Of A Great Career? Watch Innovation Guru Larry Smith Explain To TED Why You’ll NEVER Have It Next Post:
Remix Of The Month: Listen To WARM GHOST’s Euphoric Remix Of Active Child’s “You Are All I See”