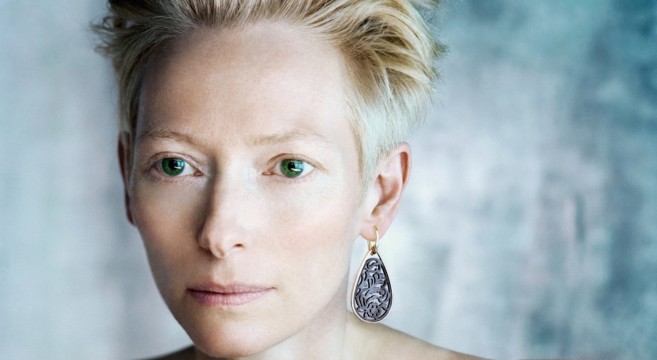 Happy 53rd Birthday To Tilda Swinton, The One And Only Queen Of FEELguide

Katherine Mathilda “Tilda” Swinton (born in London on November 5th 1960) is the vanguard British actress best known for her eclectic roles in both arthouse and mainstream films.  Born to an Australian mother, Judith Balfour (Lady Swinton), and a Scottish father, Major-General Sir John Swinton KCVO, Swinton’s family tree is connected to the ancient Anglo-Scots who can trace their lineage all the way back to the High Middle Ages.

Swinton attended two independent schools during her youth, the West Heath Girls’ School (where she was in the same class as Diana, Princess of Wales), and also Fettes College for a brief period.  In 1983, she graduated from New Hall at Cambridge with a degree in Social and Political Sciences, and while there she joined the Communist Party of Great Britain.  She has two Honorary Doctorates: one from Napier University in Edinburgh (received in August 2006), and one from the Royal Scottish Academy of Music and Drama in Glasgow (received July 2006).  Swinton was also a Contributing Editor to the literary magazine Zembla during her university career.

Swinton worked with the Traverse Theatre in Edinburgh, and the Royal Shakespeare Company before embarking on a career in film in the mid-1980s.  Her early film work included several film roles for director Derek Jarman, notably War Requiem (1989) playing a nurse opposite Sir Laurence Olivier as an old soldier.  In 1991, Swinton won the Volpi Cup Best Actress award for her role in the postmodern film Edward II.  Swinton also played the title role in Orlando, Sally Potter’s 1992 film version of the novel by Virginia Woolf, as well as the role of Emma Recchi in the Italian saga I Am Love (2009) which she also produced over the course of 11 years.  In 2008 she won the Academy Award for Best Supporting Actress for her portrayal of Karen Crowder in Michael Clayton alongside George Clooney.

Swinton lives in Nairn, in the Highland area of Scotland, with Scottish painter John Byrne and their twin children: a son, Xavier, and a daughter, Honor.  She travels with her partner Sandro Kopp, a German painter, with whom she has been in a relationship with since 2004 (with Byrne’s blessing).  In an interview, Swinton commented on her domestic situation: “It’s the way we have been for nearly four years.  I’m very fortunate.  It takes some extraordinary men to make a situation like that work.”

Tilda Swinton has been a major and continuous source of inspiration for me through the years.  Both a creative and intellectual powerhouse, Swinton has completely reinvented the concept of the Hollywood leading lady, and she is without question the single most brilliant and intelligent actress in the film industry today.  I have compiled a few of my favorite Swinton moments below, and to see them all simply head over to Tilda Swinton on FEELguide.  Happy 53rd birthday Tilda!  You are and always will be the undisputed Queen of FEELguide. 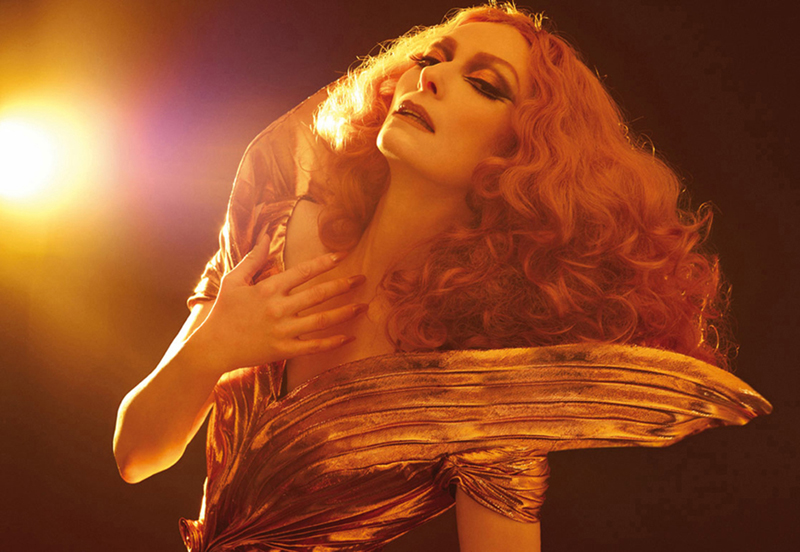 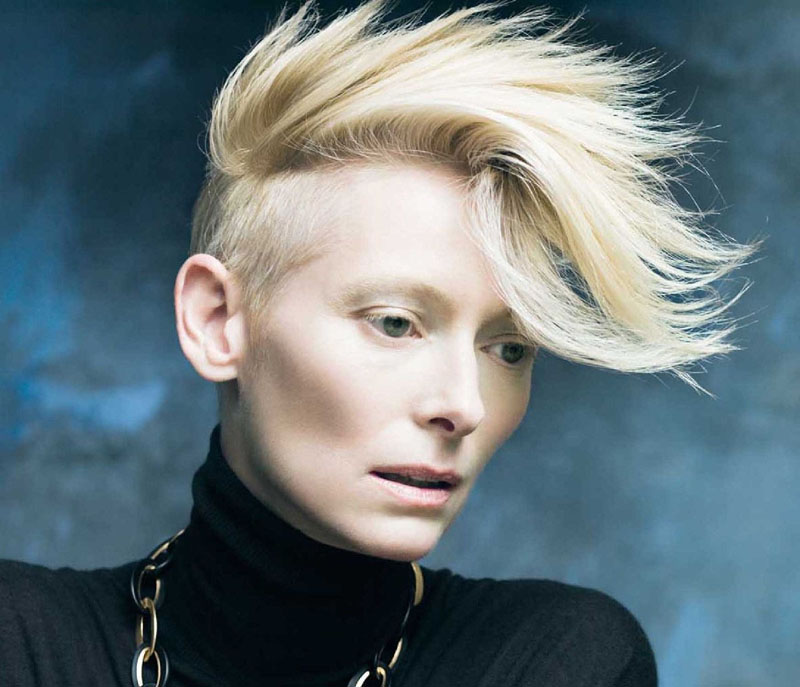 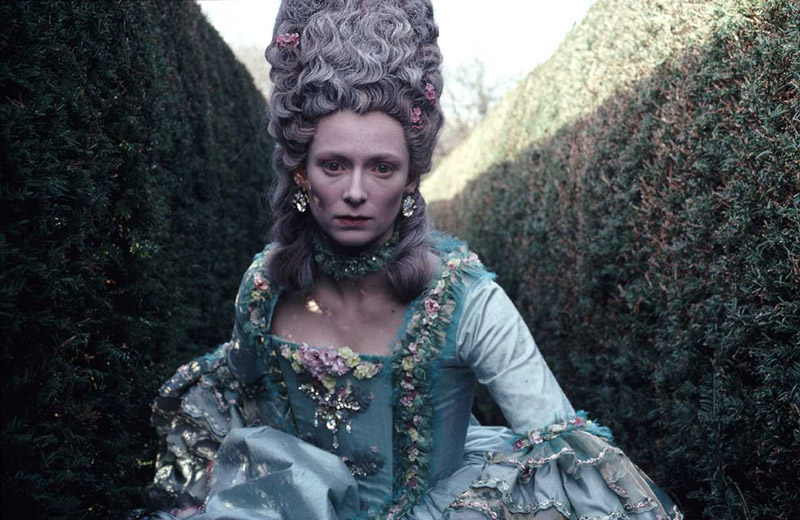 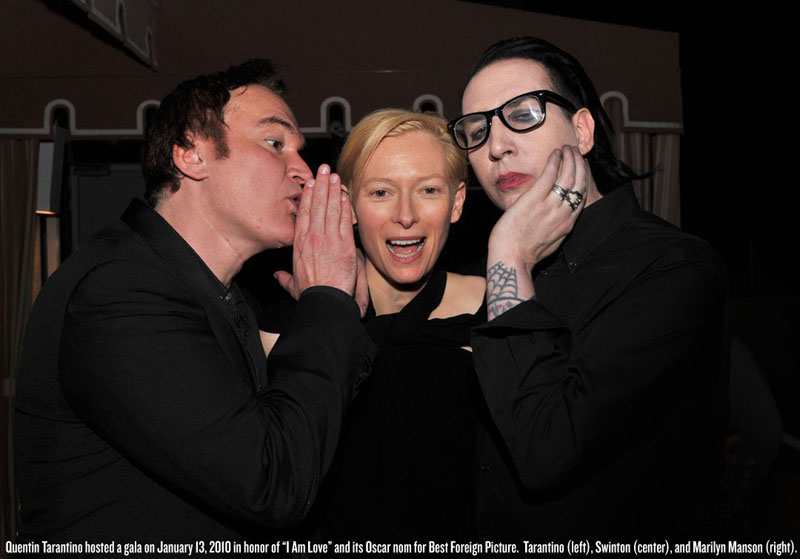 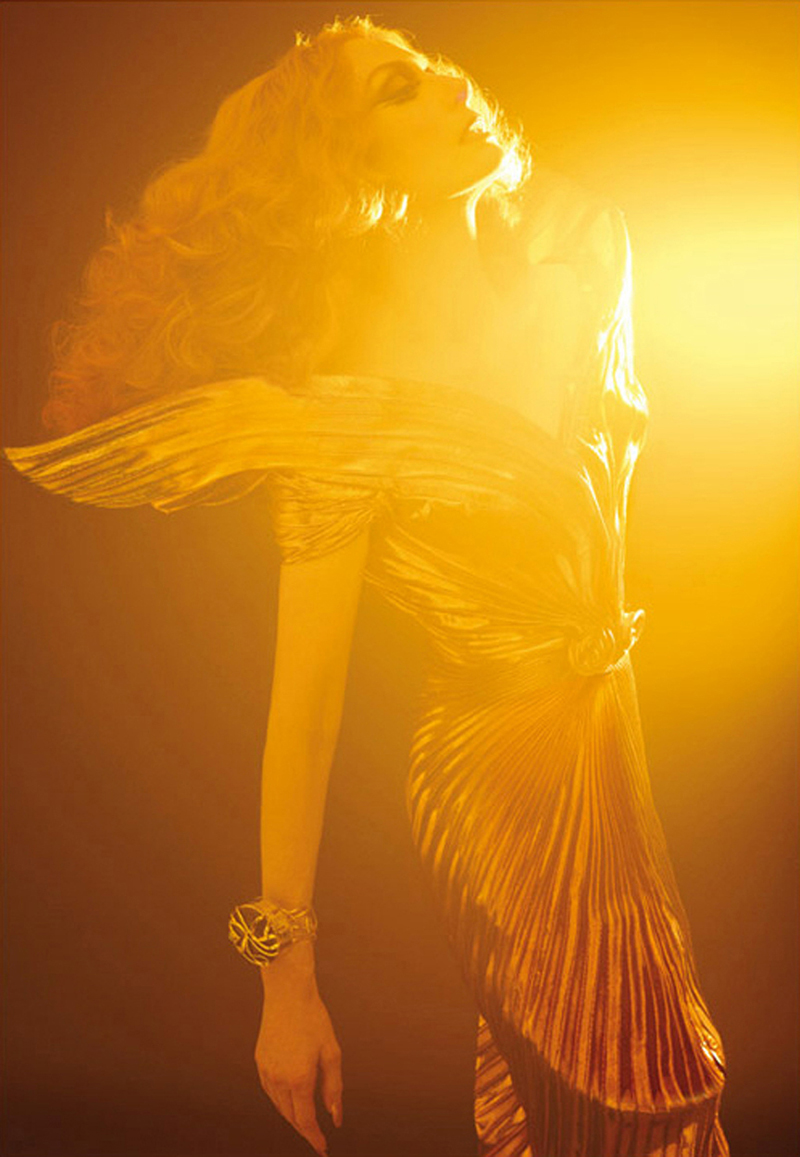 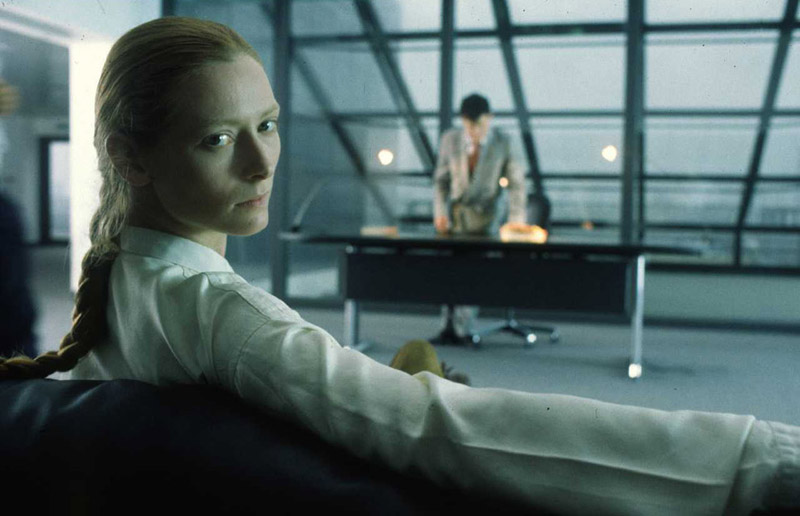 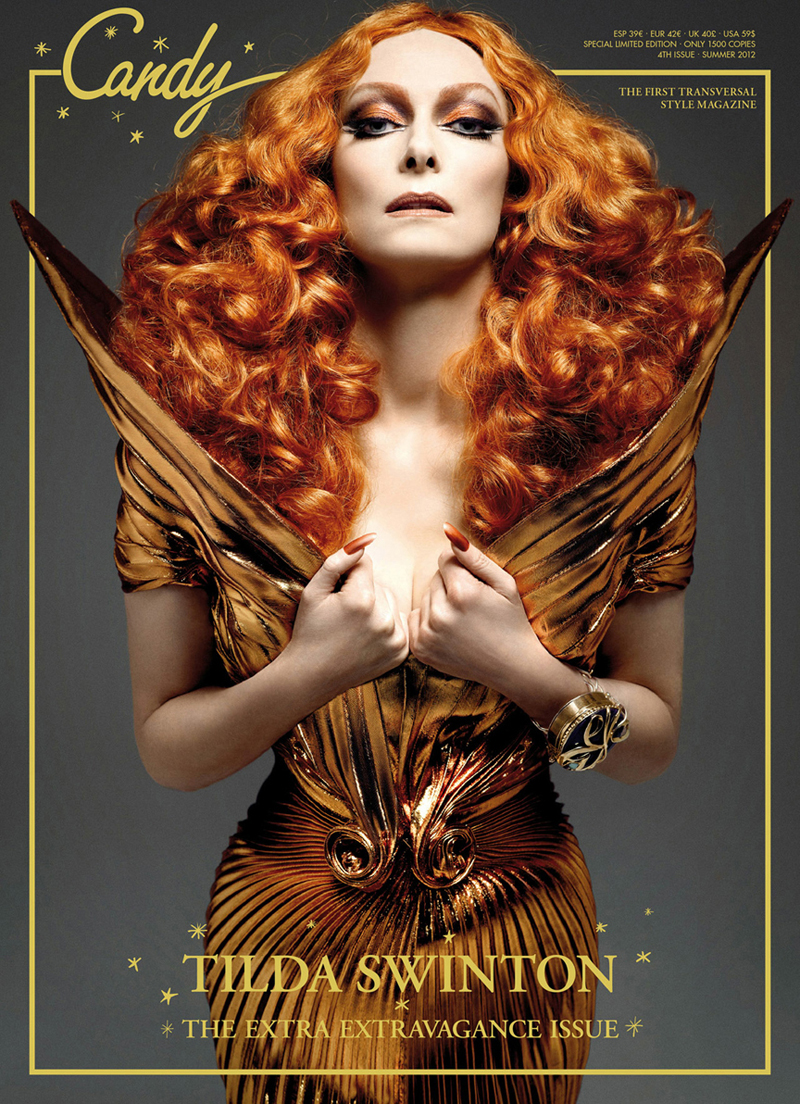 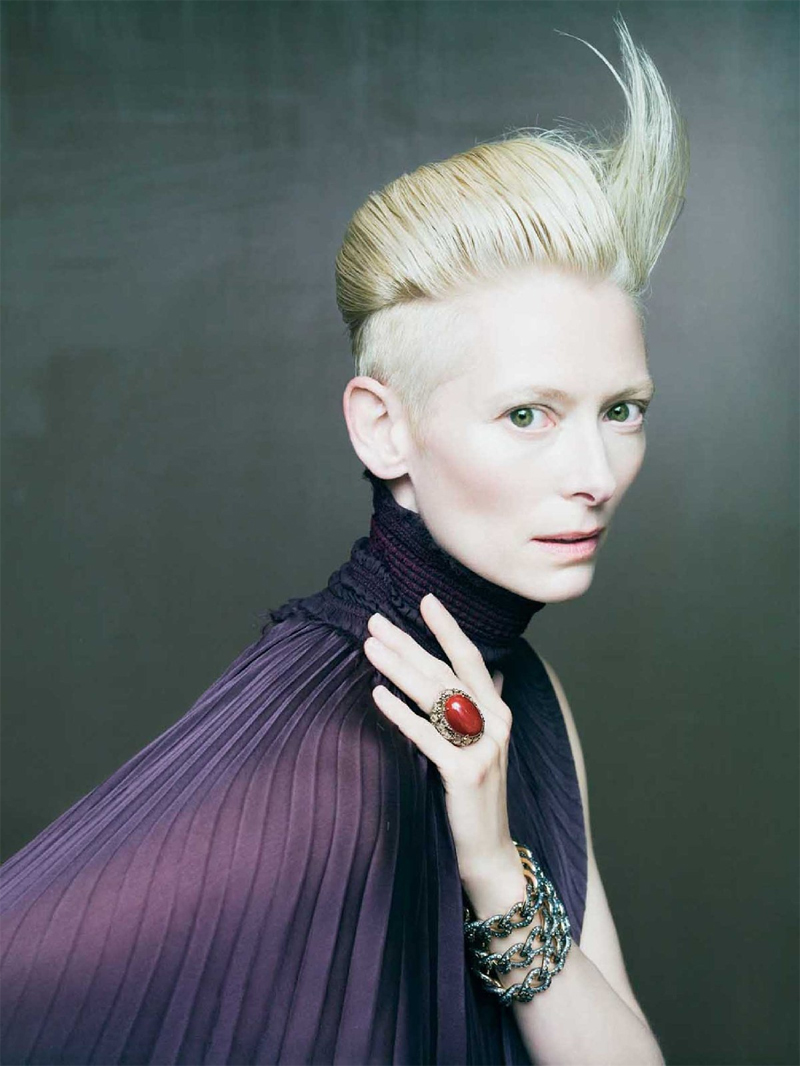 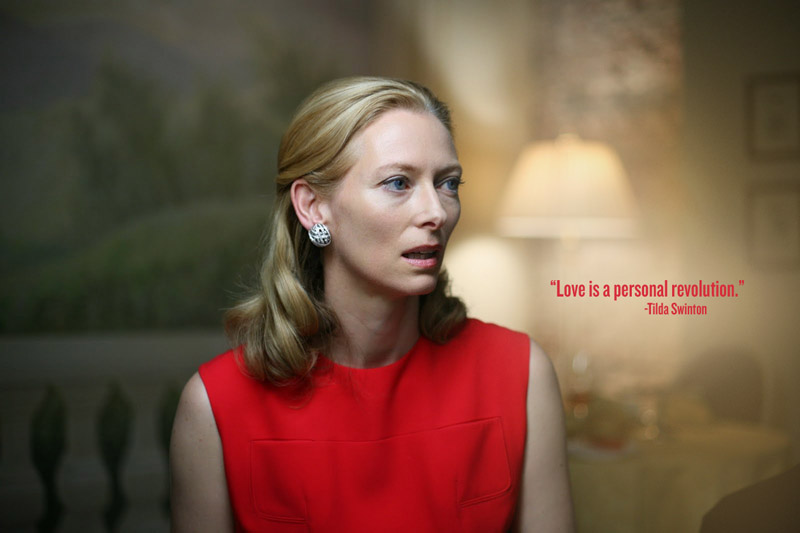 FAST FORWARD TO THE 30:18 MARK TO WATCH CHARLIE ROSE’S INTERVIEW WITH TILDA BELOW:

Previous post:
LINKguide (November 5, 2013) Next Post:
Four Red Chairs And One Billionaire: The Amazing Story Of How “The Voice” Almost Never Happened