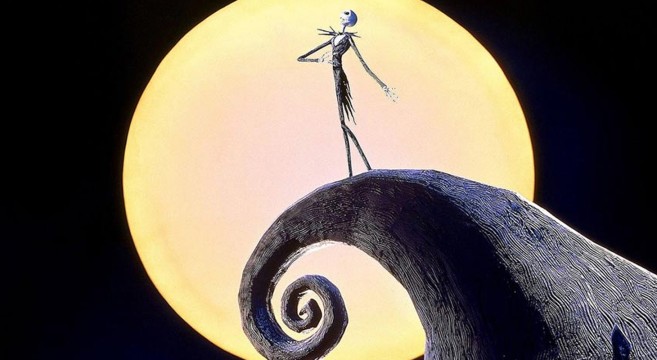 I’ve been experiencing way too many “I can’t believe how many years have gone by” moments recently.  It seems with each passing day I am reminded by loudspeakers that I am getting older much faster than I was anticipating.  From a favorite old song that reappears, to a familiar old face that I bump into once again, time is most definitely not waiting for me.  Another example of this is the 20th Anniversary of The Nightmare Before Christmas which first arrived in theatres back on October 29, 1993.  How in the world is it possible for so many years to go by so fast?  I guess in my case it could be called The Nightmare Before Middle Age.

Marlow Stern of The Daily Beast caught up with the film’s director, Henry Selick, and he spilled some fascinating secrets of how he and the film’s producer, Tim Burton, managed to get the film made.  Selick recalls: “I knew Tim [Burton] from CalArts and Disney in the early ‘80s, and he’d come up with the idea for ‘Nightmare’ as a TV special along the lines of those Rankin/Bass low-budget stop-motion staples like ‘Rudolph the Red-Nosed Reindeer’.  Tim rewrote the classic poem, ‘Twas the Night Before Christmas,’ along with designs for Jack Skellington, his dog, Zero, and Santa Claus.  His creative partner, Rick Heinrichs, is the guy who sculpted everything, and he’d done sculpts of those characters.  They pitched it to Disney in 1983, but it just wasn’t meant to be.  At that time, it had no relationship to what Disney’s identity was, so they didn’t develop it.  It was when Disney was kind of on the wane, and hadn’t been reinvigorated by their spate of musicals.  It was one of those moments of, ‘I can’t believe they don’t get it!’ but that’s what happens.”

Previous post:
The WOW Files: “X-MEN: Days Of Future Past” Gets Its Very First Epic Trailer Next Post:
Ambient Awareness: How Technology & Social Media Is Changing Our Minds For The Better