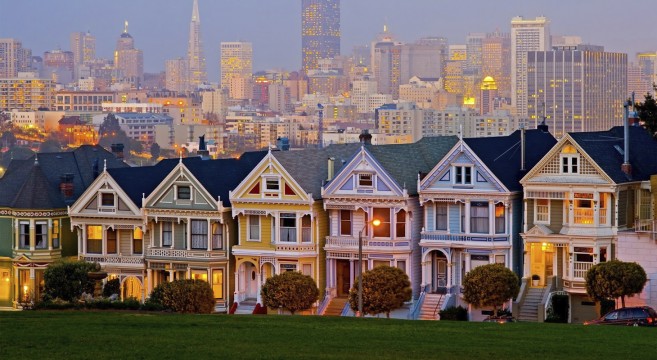 The San Francisco Exodus: How One Of America’s Greatest Cities Is Collapsing

Back in the first half of 2001 I was lucky enough to live in San Francisco.  My friend and I had found a great apartment just a few seconds’ walk from Alamo Square, that gorgeous little park we always used to see in the opening credits of Full House.  But the catch came in the form of the price tag — we each paid more than $1,200 a month for rent.  In the years since, San Francisco has grown even more expensive, thereby pushing out the normal people who have been forced to move to Oakland or another borough across the bay.  It is an enormous problem, and it’s destroying one of America’s greatest cities from the inside out.  Gabriel Metcalf of The Atlantic recently wrote a feature on the topic, and he writes: “But the city did not allow its housing supply to keep up with demand.  San Francisco was down-zoned (that is, the density of housing or permitted expansion of construction was reduced) to protect the ‘character”‘that people loved.  It created the most byzantine planning process of any major city in the country.  Many outspoken citizens did — and continue to do — everything possible to fight new high-density development or, as they saw it, protecting the city from undesirable change.  Unfortunately, it worked: the city was largely “protected” from change.  But in so doing, we put out fire with gasoline.”  You can read the full story by visiting TheAtlantic.com.