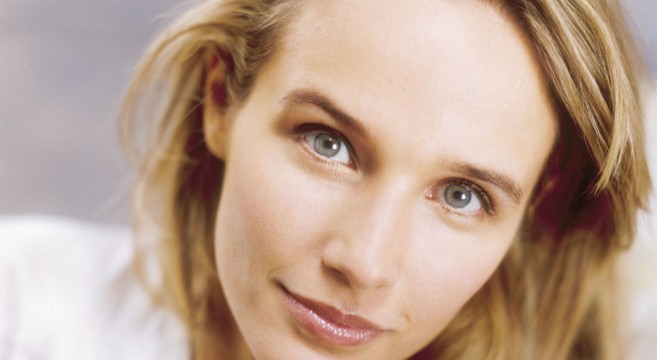 Hélène Grimaud (born November 7, 1969) was born in France, and within a few short years it was clear she was a musical prodigy.  At the age of 12, she enrolled in the prestigious Conservatoire de Paris and completed an 8-year piano curriculum in four short years.  By 14 she was backed by full orchestras and performing in front of huge crowds.  And by 16 she had released her first album — Rachmaninoff’s insanely complex Second Piano Sonata — which won her a Grand Prix du Disque (the French equivalent of a musical Oscar).  But Grimaud’s love affair with the piano is only one of her passions.  Her second is a boundless love of wolves, which speaks to her second rare gift — the ability to speak telepathically to wolves (i.e. “wolf whispering”).  And if that’s not enough, Grimaud also has a third (and equally rare) gift which comes in the form of synesthesia, which is the ability to see music as colors.  Not only does Grimaud see these colors when she hears sounds of music, but also when she hears various sounds from nature.  The Daily Beast writes: “She was 11, practicing a Bach prelude, when a phrase ‘triggered the appearance of a very vivid, bright red with hues of orange—a pulsating stain with undefined contours.’  The phenomenon doesn’t have a Fantasia-like effect, characterized by explosions of color, so she is pleasantly surprised when it comes unbidden.  ‘It doesn’t happen every time I play or listen to music,’ she says, ‘though certain tonalities seem to trigger it more than others.’  D minor is deep blue; C minor is black; F sharp and E flat are yellow.  Sounds in nature — like the wind whistling through leaves or buzzing insects — can also provoke flashes of color.”

Lizze Crocker of The Daily Beast caught up with Grimaud at the legendary pianist’s Wolf Conservation Center in South Salem, New York, where Grimaud was about to receive a group of local students.  Not only is Grimaud one of the world’s most respected pianists, she is also a champion of wolves, and has dedicated her life to saving America’s wolf population.  Crocker writes: “After researching endangered wolves, Grimaud bought six acres of land in South Salem, opening the wolf conservatory two years later.  ‘These are Canadian wolves, ambassadors for their species and wild counterparts,’ she says, gesturing towards Zephyr (a Canadian ambassador wolf), whose high-pitched whine occasionally becomes guttural, provoking a howling orchestra from deep in the woods.  ‘All of the other animals on the property—the Mexican and red wolves—are part of a captive breeding program.  My idea was to create something that would survive me if I were hit by a bus,’ Grimaud says of the Wolf Conservation Center.  Over the last 10 years, when she hasn’t been performing, she’s worked with members of the local community, building a committed team that ‘will be able to take the organization into the future.'”

Last week Grimaud also released her brand new album entitled The Brahms Concertos, which makes her the first female pianist to record both of Brahms’s concertos, arguably his most ambitious works.  You can read the full story, including Girmaud’s ability to see color in the sound of wolf howls, by visiting TheDailyBeast.com.  You can purchase your own copy of Grimaud’s The Brahms Concertos via iTunes.  And for more from the world of Hélène Grimaud be sure to visit HeleneGrimaud.com, and visit her extraordinary Wolf Conservation Center at NYwolf.org.  Grimaud is often mentioned in the same breath as legendary pianist Glenn Gould.  Grimaud’s two overriding characteristics are independence and drive, and her performances attempt, whenever possible, to shake up conventional pianistic wisdom.  Brian Levine, the executive director of the Glenn Gould Foundation, sees in Grimaud a resemblance to Gould: “She has this willingness to take a piece of music apart and free herself from the general body of practice that has grown up around it.” 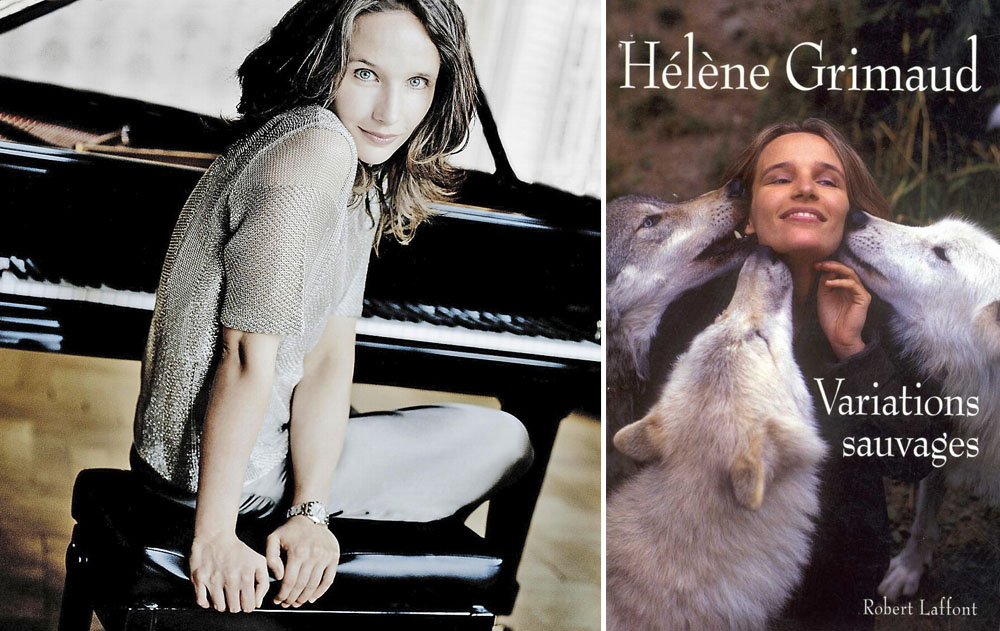 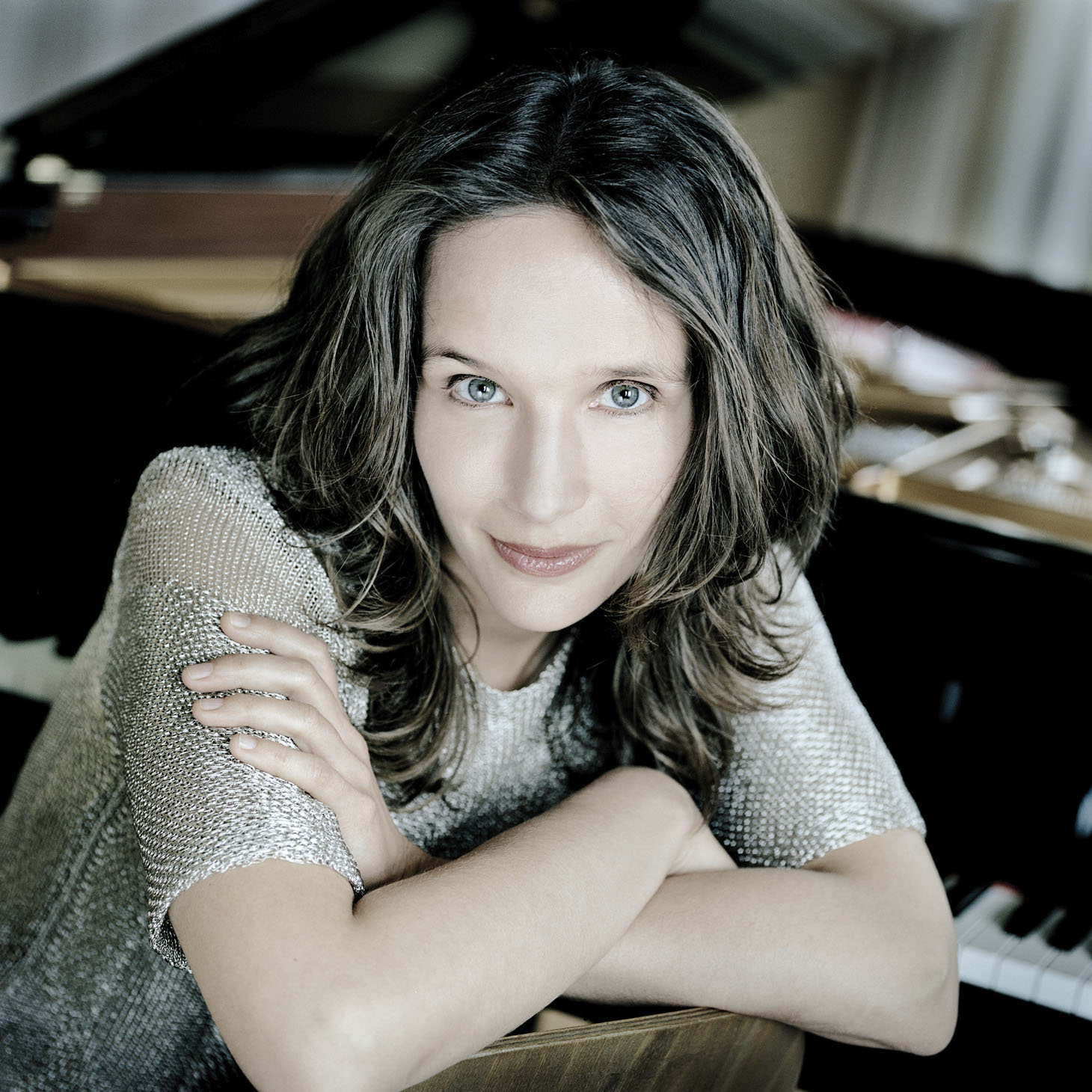 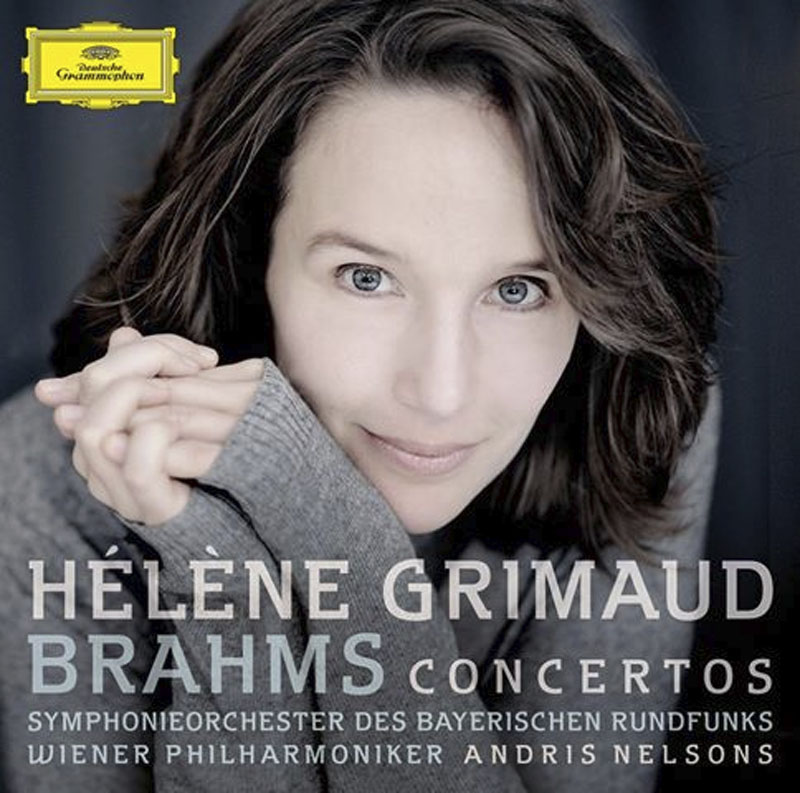