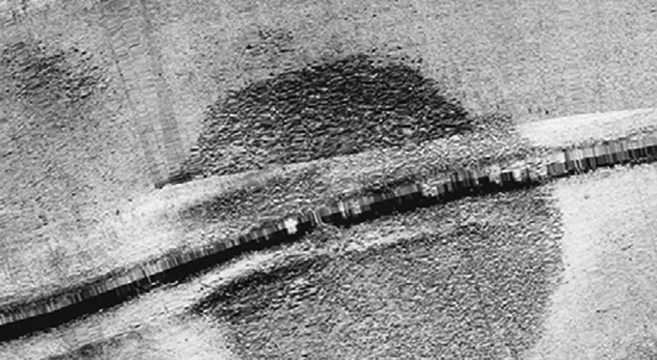 Archaeologists Discovers 60,000-Ton, 70m-Diameter Monument Under The Sea Of Galilee

During a sonar scan of the floor of the Sea of Galilee (Google Map) in northern Israel, archaeologists recently discovered an enormous 60,000-ton, 70m-diameter monument of unexplained origin.  The structure is conical in shape (known as a “cairn”) and measures 10m-high at its peak, and experts estimate the structure to be approximately 4,000 years old.  “Close inspection by scuba diving revealed that the structure is made of basalt boulders up to 1m (3.2 feet) long with no apparent construction pattern,” researchers write in The International Journal of Nautical Archaeology. “The boulders have natural faces with no signs of cutting or chiselling.  Similarly, we did not find any sign of arrangement or walls that delineate this structure.”  At 70m in diameter, the structure is more than twice the diameter of Stonehenge, and its 10m-high peak is more than 3 times the height of Stonehenge’s 3.3m-tall stones.  An underwater excavation team is needed to learn more about the structure’s secrets, an operation which will soon be conducted by the Israel Antiquities Authority.

NOTE: THE THREE DARK LINES AT THE TOP, MIDDLE, AND BOTTOM ARE SONAR “STITCHING” LINES 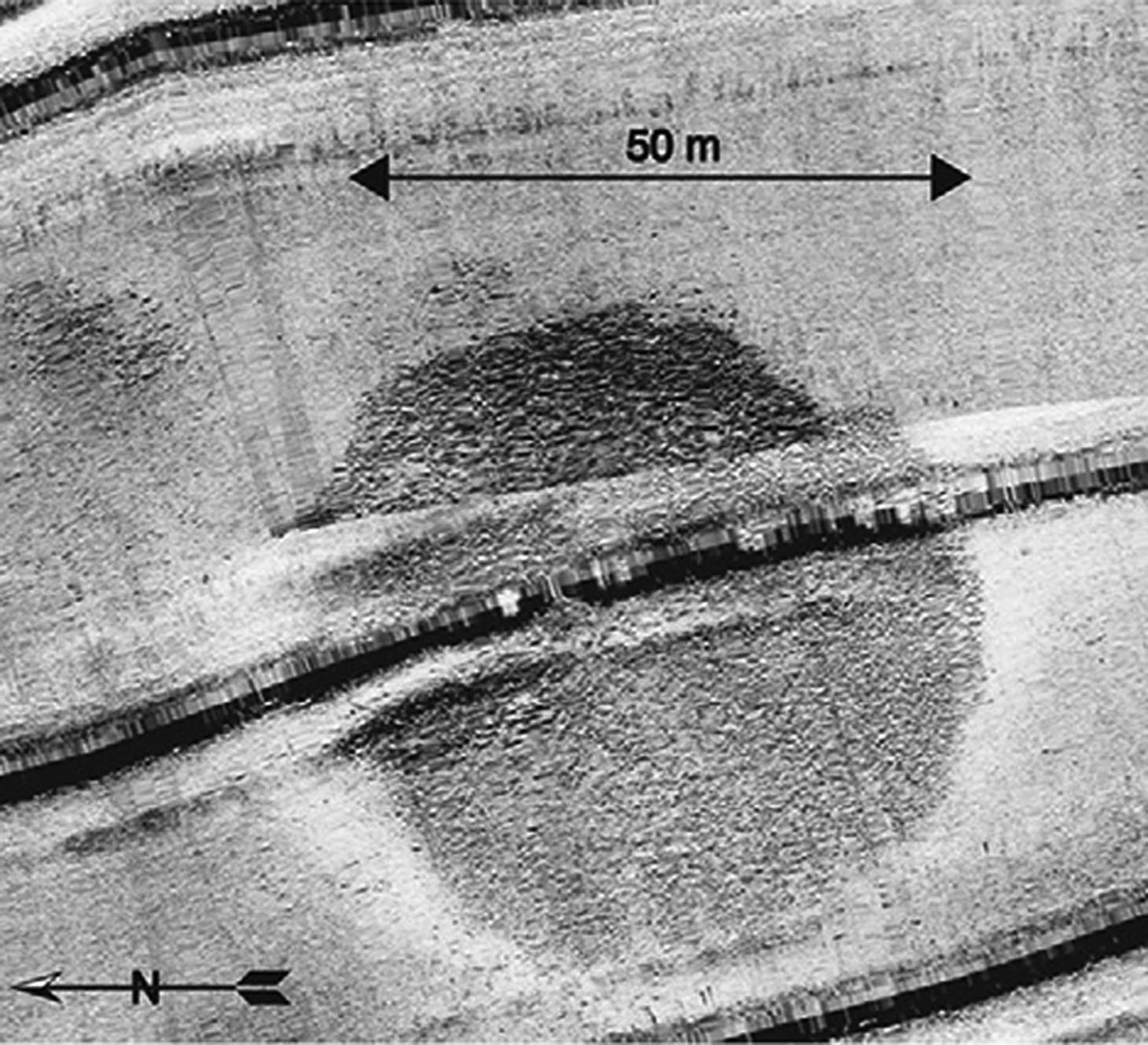 Previous post:
Watch Arcade Fire’s 22-Minute Post-SNL Concert Directed By Roman Coppola Next Post:
I Just Tracked Down The Identity Of That Gorgeous Man In All Those Frank & Oak Ads