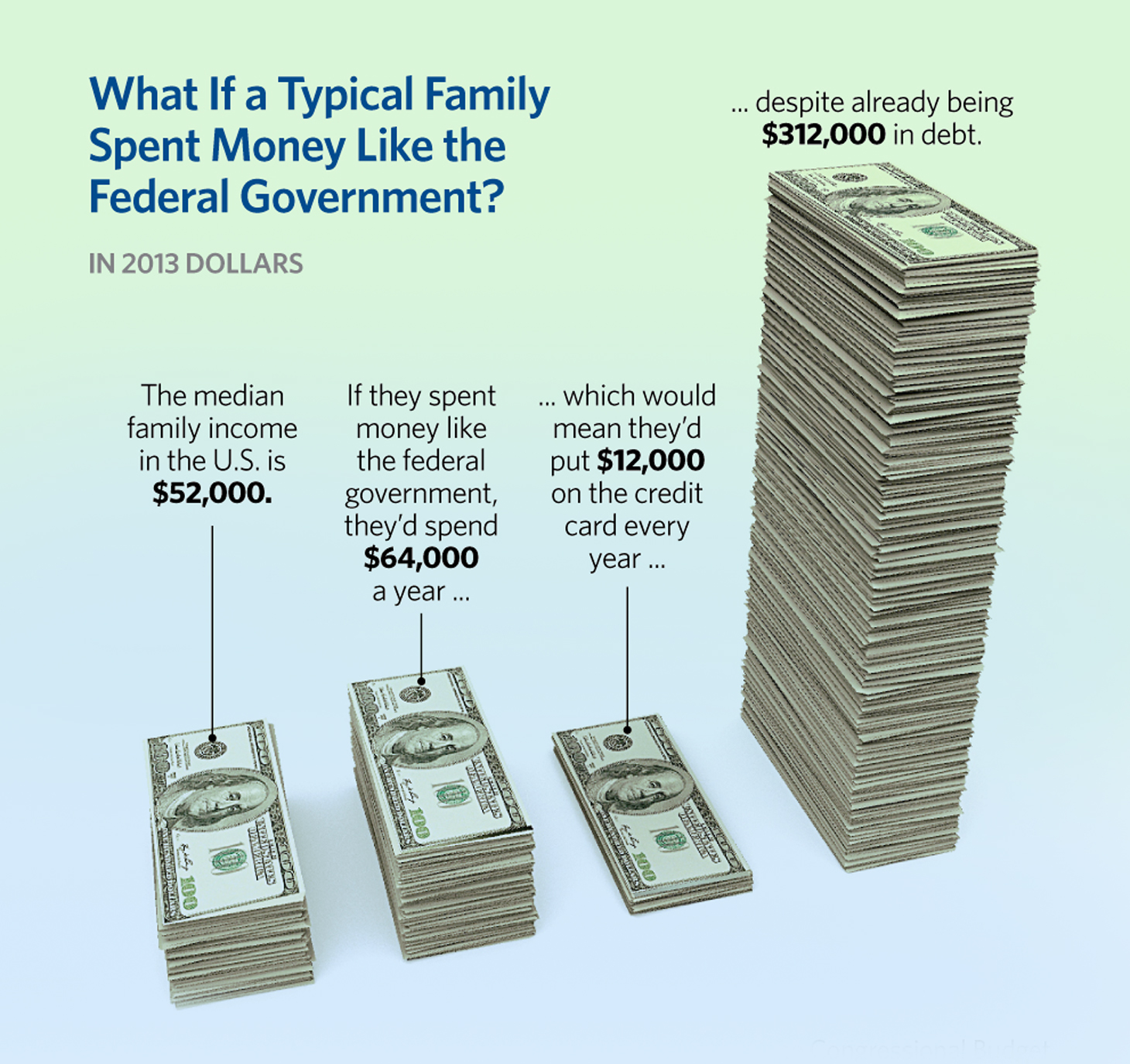 What Would Happen To An Average Family’s Credit Card Bill If They Spent Like The U.S. Government

It’s difficult for us average folks to comprehend the scale of debt and deficit problems which face the major economies of the world, but there is none bigger than the United States’.  In a fascinating new report published in The Washington Post written by Brad Plumer, we are given an analogy — what would it look like if the scale of debt and expenses weighing down the U.S. government was seen through the proportional lens of an average family’s finances?

The Heritage Foundation crunched the numbers, and the resulting figures are equally as understandable as they are shocking.  Nicknamed “The Smith Family”, the resulting infographic which you can see above, pegs the Smiths’ income at exactly the median family income in America — $52,000.  However, if the Smiths spent their cash at the same rate as the U.S. government, they would be spending $64,000 per year — meaning they would be putting $12,000 onto their credit card each and every year.  What’s more, the Smiths would already be sitting on a credit card bill totalling $312,000.  If the Smiths were more like the average American family, they would be sitting on a debt total of $72,000.  This means the Smith family (i.e. U.S. government) has a credit card bill that is 433% greater than the average American family.  You can read the full story by visiting WashingtonPost.com.