2011 was a balls-out INCREDIBLE year for cinephiles like me, and of all the movies I enjoyed last year, one film that ranked very comfortably in my Top 3 list was Jeff Nichols’ phenomenal masterwork Take Shelter.  Nichols’ brilliant reputation as one of Hollywood’s most exciting new directors went around like wildfire during Take Shelter’s festival screenings, and before the film had even opened wide, it was reported last August that Nichols had already scored his next project: MUD starring Matthew McConaughey, Reese Witherspoon, Michael Shannon (the lead actor in Take Shelter), and Tye Sheridan (one of the three sons from Terrence Malick’s Tree Of Life).  Earlier today The Playlist posted links to two brand new clips from the film, and they’re intriguing to say the least.  The film has been described as a “fairytle” with McConaughey playing a fugitive who escapes from a Mississippi island with the help of a 14-year-old boy (Sheridan) so he can reunite with Juniper (Witherspoon), the woman he loves.  Adding to the intrigue factor is the film’s score which will be composed by David Wingo, the genius behind the mood-heavy score for Take Shelter (read more about Wingo’s Take Shelter score by CLICKING HERE).  MUD premieres at the Cannes Film Festival on May 26th, with a wide release likely in the coming months.  You can check out the two brand new clips from the film below, and as with any mention of Take Shelter, I can never resist throwing in its brilliant trailer as well. 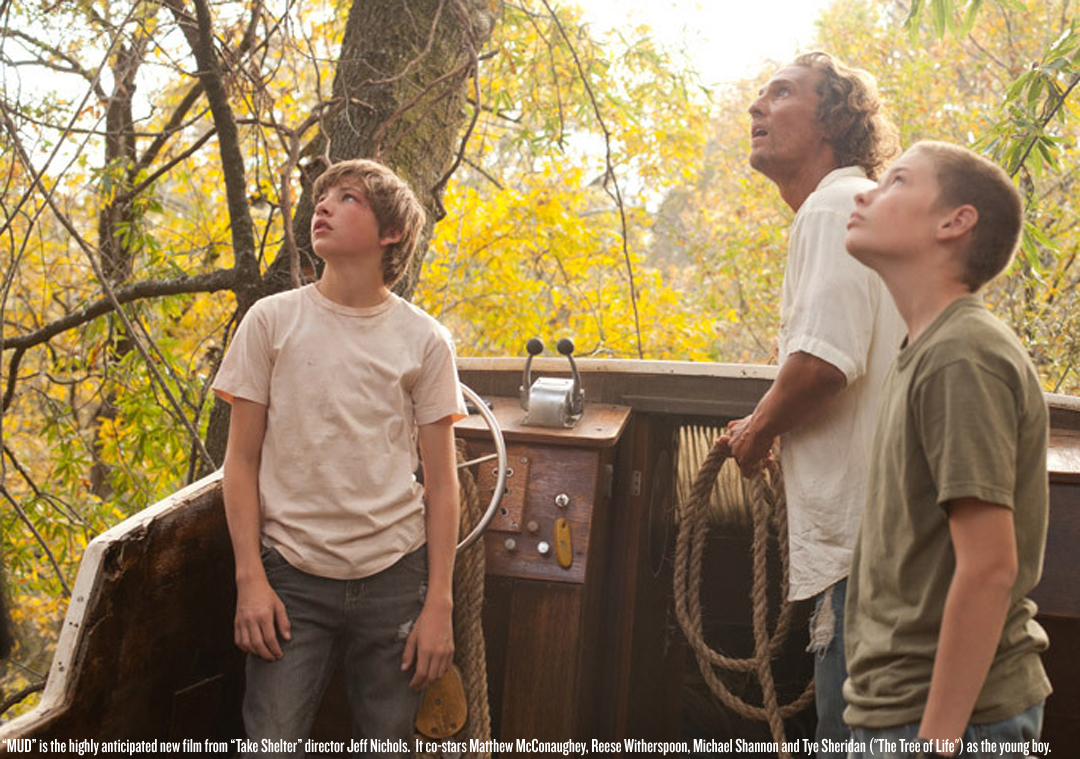 Previous post:
Corn, California Almonds, And Fructose: Scientists Discover The 3 Main Reasons Our Bees Are Dying Next Post:
Beach House’s “On The Sea” Is Pretty Much The Most Gorgeous Thing You’ll Hear All Day