Weather has a huge effect on us, and sometimes when it becomes too intense we simply need to get away.  At the moment, what would normally be a very warm and sunny spring here in Montreal has instead become a cold, wet, and miserable season of frost, rain, and cold wind.  Back in the early spring of 1880, Tchaikovsky was likely going through a similar range of emotions as many 2012 Montrealers are going through at this very moment: he was stuck in chilly Moscow during the month of February, and his marriage had just fallen apart (sure, he was still stuck waaaaaay back in the closet, so the relieving divorce likely took off some of the bitter edge of the cold rain and snow, but he was still miserable nonetheless).  As was Tchaikovsky’s routine at this point in his career, having established himself as a successful composer (he was a breath away from turning 40-years-old in May) he had enough cash to spend his springs in Florence, Italy, so sure enough it was off to the land of sunshine and hot Italian men.  One day, while sitting back in his chair, looking out over the incomparably gorgeous city of Florence, Tchaikovsky took in equal views of the legendary city that unfolded beneath his eyes, as well as a vase of violets that was sitting on his window table.  And it was at this very moment that Tchaikovsky was inspired to compose his “Capriccio Italien” love letter to the amazingness that is springtime.  If you find yourself looking out the window at an unseasonably cold spring (with zero hot Italian men in sight), do your best to soak up every bit of sunshine in what you’re about to hear, all the while realizing that the very same sunshine that was beaming into Tchaikovsky’s kitchen that infamous Italian morning, is about to come roaring through your window any day now. 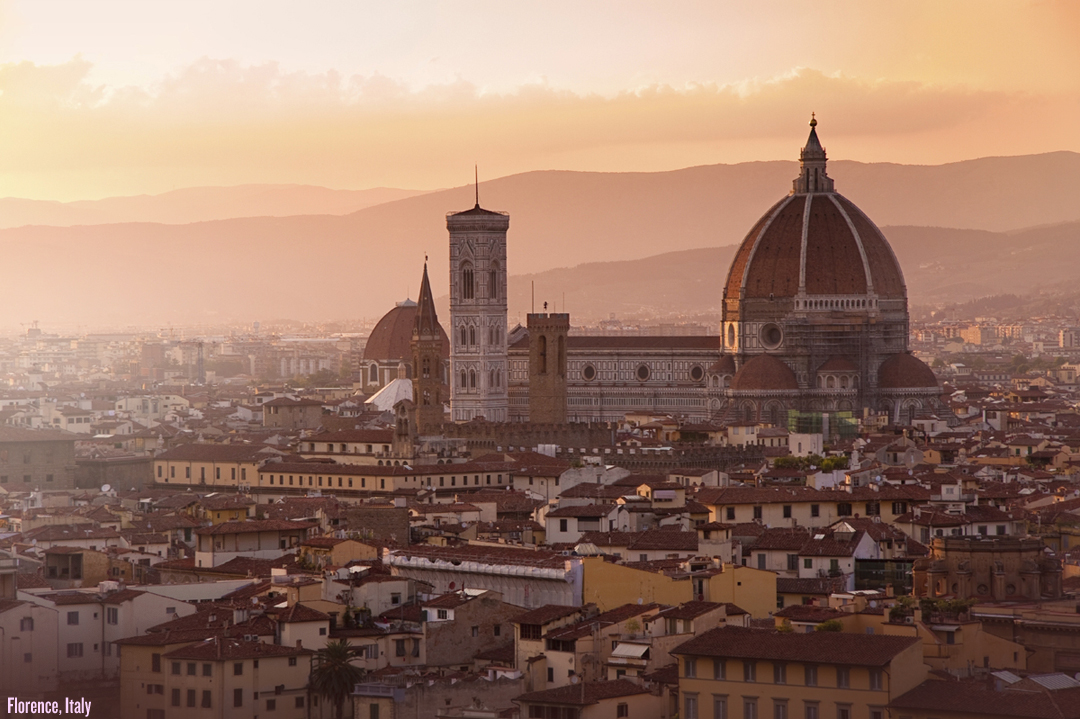