It wasn’t just the lengthier Oscar telecast itself that served up some of the most memorable moments of last night’s Academy Awards gala — there were some gems to be found during the commercial breaks as well.  The most shining example of which came in the form of two Hyundai ads directed by  none other than the amazingness that is Wes Anderson.  The first spot entitled “Modern Life” lays further testament to Anderson’s masterful ability for staging a scene, featuring a father trying his best to prepare dinner for his family while his kids run amok.  In the second 30-second creation entitled “Talk To My Car”, the luscious fantastical side of Anderson is revealed in all its splendour in what some might describe as a loving nod to his own The Life Aquatic With Steve Zissou.  60 seconds of Wes Anderson spots is certainly makes the three-month wait that much more bearable until his highly anticipated Moonrise Kingdom is released on May 25, 2012.  If you haven’t yet seen the trailer you can check it out below as well. 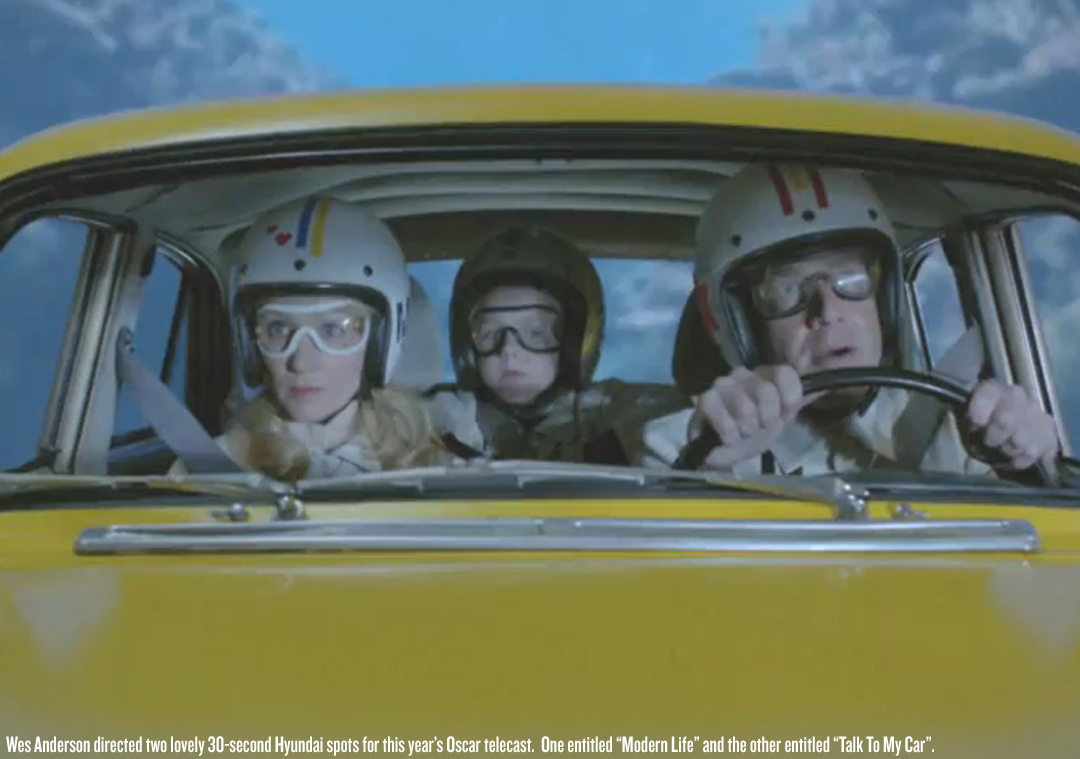