Alain de Botton is the world-renowned philosopher and writer of such books as The Architecture Of Happiness (2006), Status Anxiety (2004), The Pleasures and Sorrows of Work (2009), and his latest work Religion for Atheists: A Non-Believer’s Guide to the Uses of Religion (2012).  Alain de Botton is a self-described “softer, gentler atheist” in comparison to the fiercely anti-religious voices of Richard Dawkins and the late Christopher Hitchens.  In his latest book, de Botton argues that even though the West is awakening to the realization that the supernatural claims of religion are false, a nostalgia for the ritualistic, social, and cultural quotients of religion still remain.  In a recent interview with The Telegraph, de Botton explains how the choice between faith and scepticism is no longer a black and white one: “Either you have to accept lots of beliefs that are unbelievable or you end up in a spiritual and aesthetic wasteland,” he says. “But maybe the choice doesn’t have to be that stark.”  As part of his work to help bridge this divide, de Botton has created an architectural-based strategy known as Temples For Atheists.  The spaces will be secular-oriented temples for contemplation, beginning with the first tower design proposed in central London with additional designs planned across the rest of the country.

The design for the proposed London temple was a collaboration with architects Tom Greenall and Jordan Hodgson and will consist of one huge black tower placed among the skyscrapers of London, built from various types of stone from across human history forming a architectural/geological timeline.  At the base of the tower is a gold band plate 1mm in thickness signifying man’s time on Earth relative to the age of the planet.  “Religions are hierarchical, structured,” de Botton says, while his project is about freedom, clarity of perspecitve, rational thought, and “thinking for yourself and not having a central authority.”  De Botton compares the energy and feeling inside the space along the same lines as a museum, “It will have a timeless quality,” he says, and I’m imagining his design would get a quick stamp of A+ approval from one of the 20th century’s greatest architects — Mr. Frank Lloyd Wright himself.  Wright was fiercely anti-religious, yet believed wholeheartedly in the life and message of Jesus Christ.  In a 1957 interview with Mike Wallace, Wright said: “The answer is within yourself.  Within the nature of the thing that you yourself represent as yourself.  And Jesus said it when he said ‘The kingdom of God is within you.’  That’s where Architecture lies, that’s where humanity lies.  That’s where the future we’re going to have lies.”

When asked by Mike Wallace about his opposition to organized religion and how he does not attend any church, which Frank Lloyd Wright wrote about in his 1957 book A Testament (Amazon), Wright replies: “I attend the greatest of all churches.  I put a capital ‘N’ on ‘Nature’ and call it my church.”  When asked about his thoughts on church architecture, Wright says, “I think it’s a great shame.”  Wallace frames the next line of questioning with: “When I walk into Saint Patrick’s Cathedral, I feel an overwhelming feeling of reverance.”  Frank Lloyd Wright responds with: “Are you sure it’s not an inferiority complex?  [I myself feel] regret, because it isn’t the thing that really represents the spirit of independence and the sovereignty of the individual.”

I’ve attached the 1957 Frank Lloyd Wright interview below (you can skip to the great part at the 4:00 mark), and to purchase your own copy of Alain de Botton’s Religion for Atheists: A Non-Believer’s Guide to the Uses of Religion, as well as read the first several pages, be sure to visit Amazon.  For more information on the Temples For Atheists project and design you can visit the sites of the architects involved at TomGreenall.co.uk and HouseOfJonn.com.  I have also included a recent TED Talk where Alain de Botton explains his philosophy towards a softer, gentler atheism which he affectionately refers to as Atheism 2.0.  For more information on de Botton’s fascinating Living Architecture project you can visit the project’s site at Living-Architecture.co.uk, and if you haven’t yet read his incredible book The Architecture Of Happiness you can get your own copy and read a preview by visiting Amazon.  For all things Alain de Botton be sure to visit AlaindeBotton.com, and follow him on Facebook and Twitter.

Alain de Botton received a double-starred first (MA) in History from Cambridge University‘s prestigious Gonville and Caius College (1988–1991), and subsequently completed a Master’s degree in Philosophy (MPhil) at King’s College, University of London from 1991–1992.   He began studying for a PhD in French philosophy at Harvard University, and has now focused primarily on writing and public speaking. 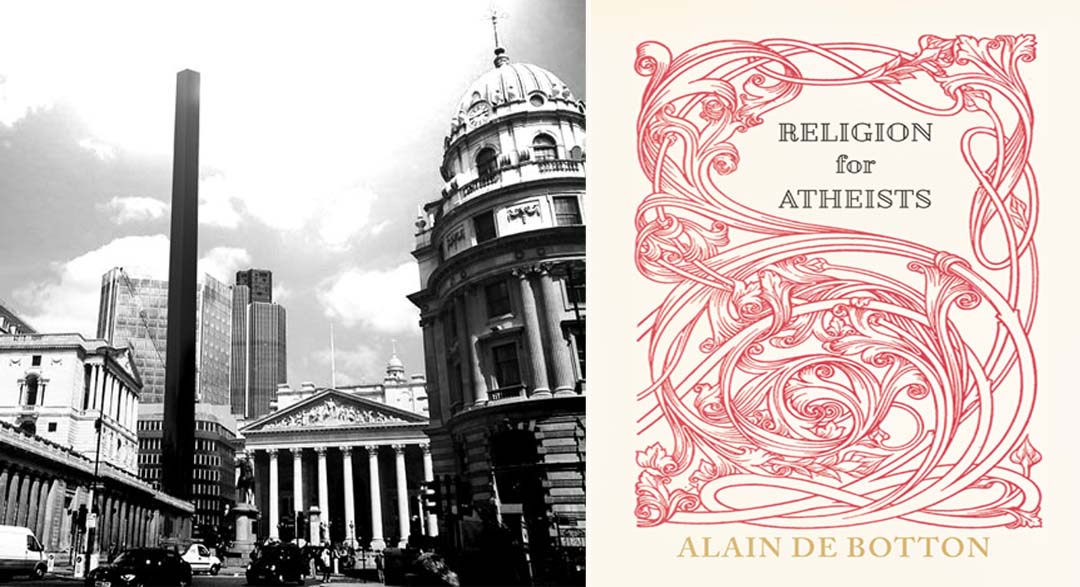 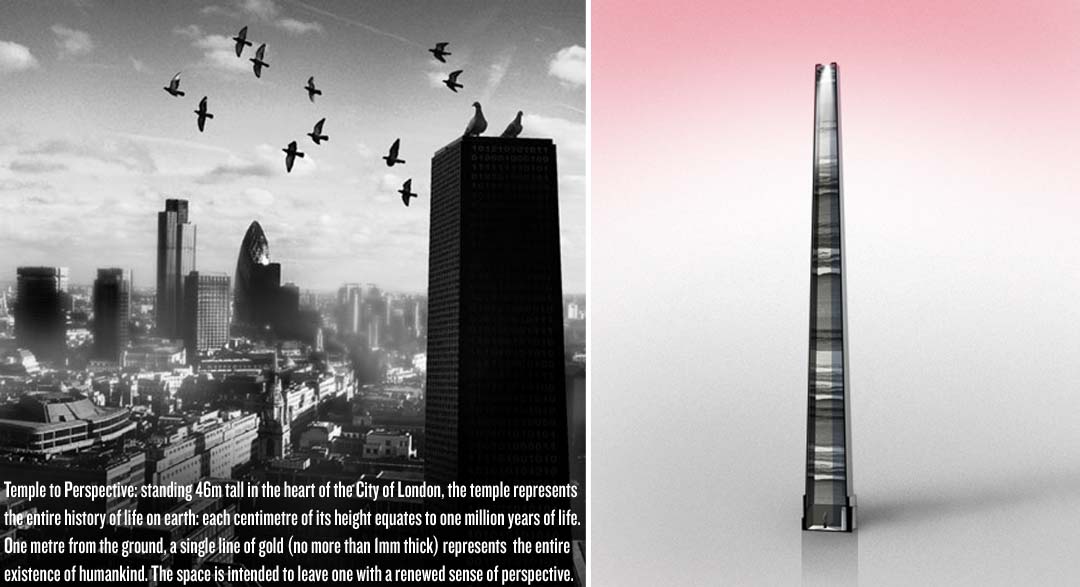 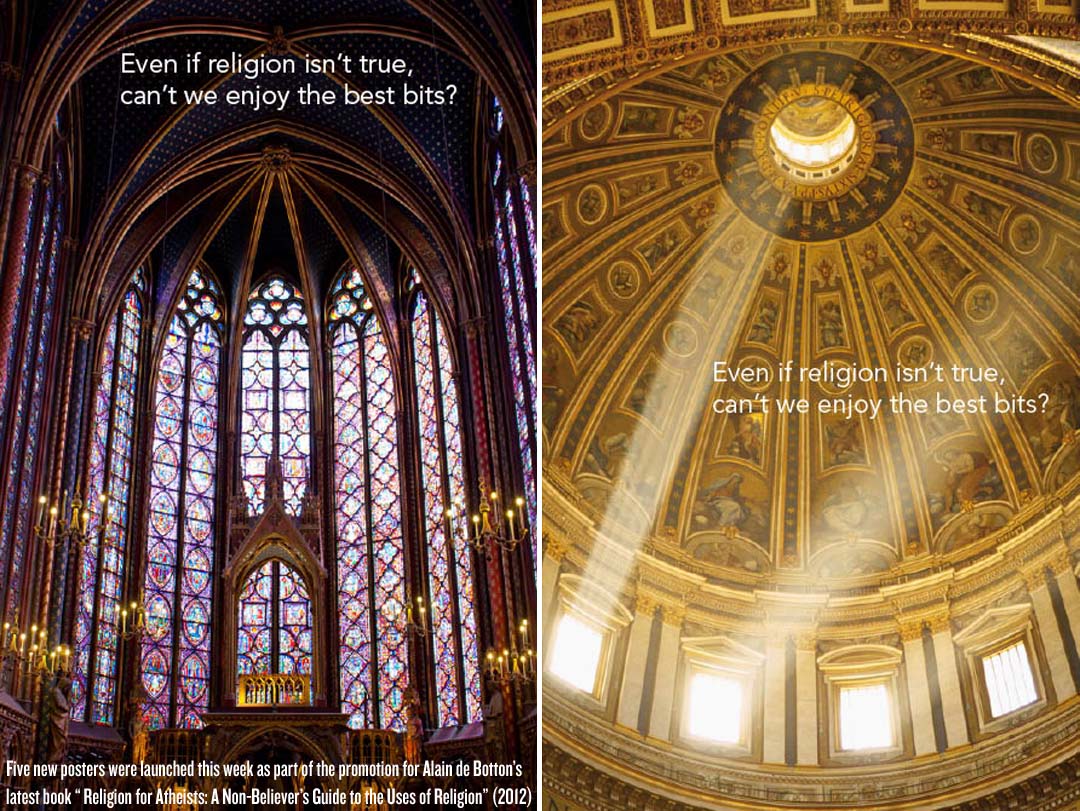