A lot of info is popping up these days surrounding Madonna‘s newest album, including the fact that the video for “Give Me All Your Love”, the first single off of her upcoming album, will be directed by the French graphic arts and design collective Megaforce, the creative team best known for KiD CuDi‘s terrific “Pursuit Of Happiness” music video (you can watch it by CLICKING HERE).  “Give Me All Your Love” will be shot in New York City with co-collaborators Nicki Minaj and M.I.A.  This past weekend another of Madonna’s upcoming songs “Masterpiece” surfaced online, and is the feature song on the soundtrack to her directorial passion project W.E., the recently released two-tiered romantic drama focusing on the affair between King Edward VIII and American divorcée Wallis Simpson, and a contemporary romance between a married woman and a Russian security guard.  The song (which will reportedly be on her next studio album as well) has been described as a reflection of “what it feels to love and be loved like a piece of art and how fragile this love can be.”  It’s a really lovely piece and as you listen to it below, you might be reminded of Madonna’s mid-90s Something To Remember era.  For all the latest updates from Madonna be sure to follow her at Madonna.com as well as on Facebook.  To read the recent feature profile of Madonna and W.E. from Harper’s Bazaar you can visit HarpersBazaar.com, and to watch the film’s trailer CLICK HERE. 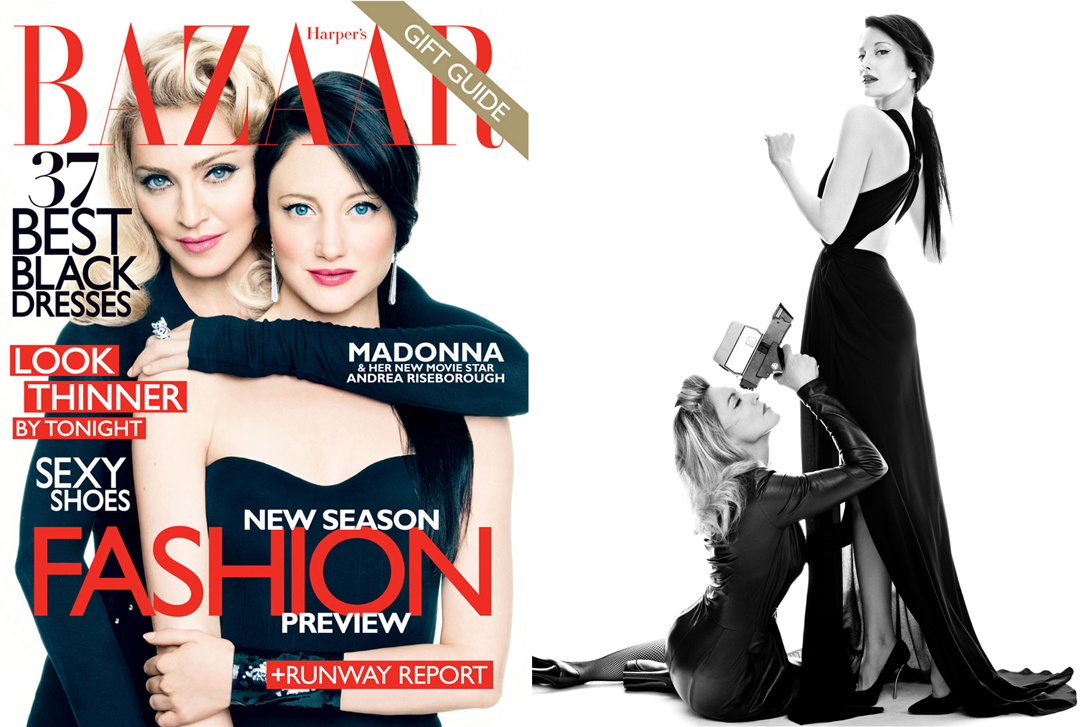