Ladies and gents, I think I’ve just discovered what I want to do with the rest of my life.  NO JOKE.  This morning I caught the beginning of LIVE With Kelly with Neil Patrick Harris co-hosting alongside Kelly Ripa, and he told a story about one of the most incredible theatrical / immersive / bizarro / adventurous experiences he has ever had in his entire life which took place recently in New York City.  He proceeded to tell the story of what happened to him and his friends when they entered Sleep No More, an immersive theatre installation created by British theatre company Punchdrunk and EMURSIVE, which takes place inside the fictional McKittrick Hotel (a reference to the film Vertigo).  Sleep No More tells the story of William Shakespeare’s Macbeth through a film noir lens (imagine the atmosphere of Stanley Kubrick’s Eyes Wide Shut, mixed with David Lynch, mixed with a spectacular murder mystery night, mixed with an old haunted hotel).  Each audience member wears a white Venetian mask, and the only rule is you’re not allowed to speak out loud.  There are nearly 100 rooms in the McKittrick Hotel, including what Kelly Ripa and Neil describe as their personal favorite “pheasant rooms” adorned with stuffed pheasants throughout.  The production leads its audience on a merry, macabre chase up and down stairs, and through minimally illuminated, furniture-cluttered rooms and corridors (it’s completely interactive — you choose the path you want to take), and the audience encounters the actors scattered throughout the entire hotel for a string of unforgettable spontaneous moments of pure magic.  It is not uncommon to be pulled into a secret room by the “thespain staff” of the hotel who will proceed to reveal mysterious clues and information in private behind closed doors.  The masked  audience moves freely at their own pace, choosing where to go and what to see, and everyone’s journey is unique.

According to the show’s website, the hotel was completed in 1939 and “intended to be New York City’s finest and most decadent luxury hotel.” The site goes on to explain that “six weeks before opening, and two days after the outbreak of World War II, the legendary hotel was condemned and left locked, permanently sealed from the public” until it was restored and reinvented by Punchdrunk and EMURSIVE.  The McKittrick Hotel is actually three adjoining warehouses in Chelsea’s gallery district. The address is the former home of megaclubs Twilo, Spirit, Bed and more. The 100,000-square-foot space has been transformed by Punchdrunk into “some 100 rooms and environments, including a spooky hospital, mossy garden and bloody bedroom.”

To call the critical response “overwhelmingly positive” would be an understatement.  The installation has received 5-star reviews from The New York Times, VOGUE, New York Magazine, VICE, The New Yorker, VANITY FAIR, and countless others.  Some of the other high profile guests who have raved about the experience include Trey Parker, Hugh Jackman, Kevin Spacey, James Franco, Amy Adams, Justin Timberlake, Mary Kate and Ashley Olsen, Cate Blanchett, Jude Law, Madonna, Keira Knightley, and an impromptu performance at the Manderley Bar by Florence Welch of Florence And The Machine.  Adding to the international acclaim, the cover article of the August 2011 issue of VANITY FAIR follows actress Emma Stone as she weaves through the winding halls of the now infamous Sleep No More experience inside The McKittrick Hotel.  In his review for The Associated Press, Mark Kennedy writes: “Brilliantly imagined!  Utterly unique!  Brillant and sly and insane.  The level of detail is enough to make you swoon.”  In his review for The New York Times, Ben Brantley also couldn’t say enough about his love for the installation: “A merry macabre chase.  A voyeur’s delight.  Messes with your head as thoroughly as any artificial stimulant.  Spectacular!”  And in their equally glowing review, VICE magazine raves: “I guarantee it’s something you need to see if you’ve ever wanted to know what it feels like to live inside a David Lynch film.  Amazing experience!”  During this morning’s LIVE With Kelly, Neil Patrick Harris also said that he convinced the producers to let him join the staff of The McKittrick Hotel for the night when he brought his bestie Kelly Ripa, his boyfriend David Burtka, and the rest of his friends, but that he only wanted to play a “limited role” because he was so intimidated by the intensity and skill of the actors involved in the production (apparently there are some incredibly complex dance routines involved which were too elaborate for even him to learn in such a short period of time).

If you’re lucky enough to find yourself in New York you absolutely must see this for yourself, and for all the information you need simply head over to SleepNoMoreNYC.com.  Performances of Sleep No More began on March 7, 2011 with an official press opening on April 13. Though it was initially advertised as a six-week run, the production has been extended several times due to overwhelmingly positive critical and audience response. It is currently scheduled to close on January 21, 2012.  The creative team features Felix Barrett (Direction and Design), Maxine Doyle (Direction and Choreography), Stephen Dobbie (Sound Design), Beatrice Minns (Design Associate), and Livi Vaughan (Design Associate). To learn more about the creative team behind the Sleep No More installation be sure to visit their website at Punchdrunk.  There’s only two words floating through my mind right now about this show: “HOLY SHIT!” 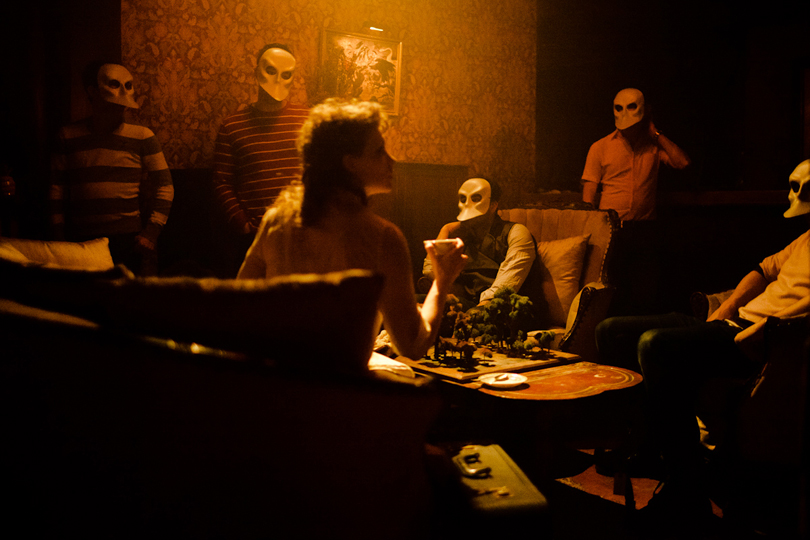 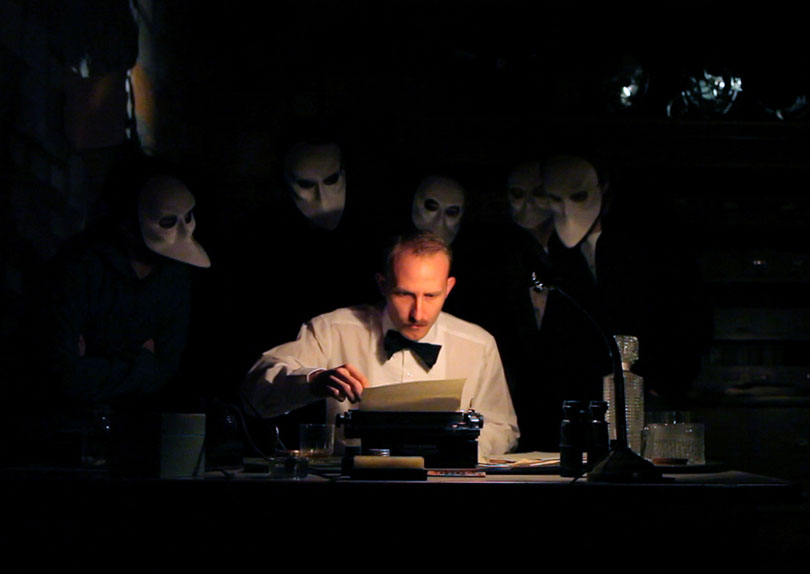 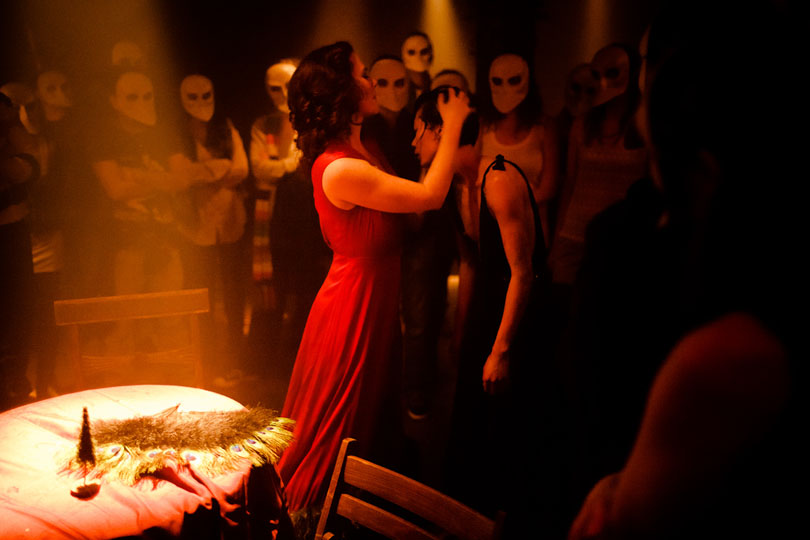 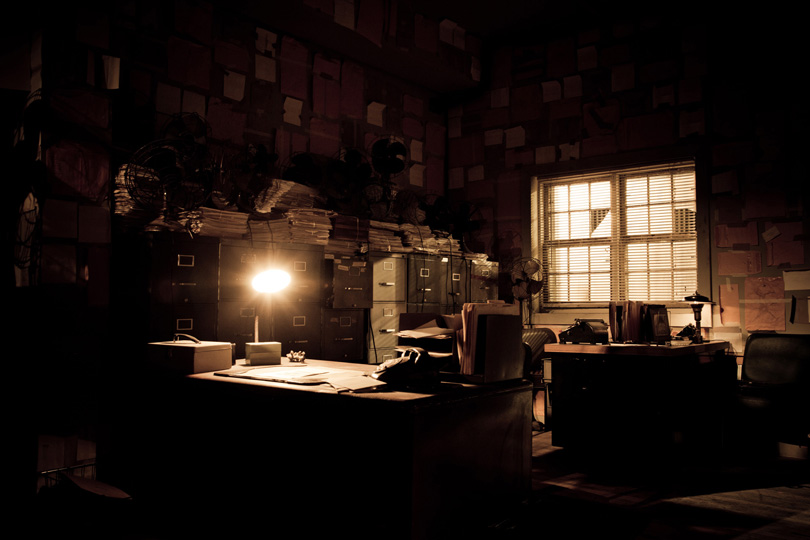 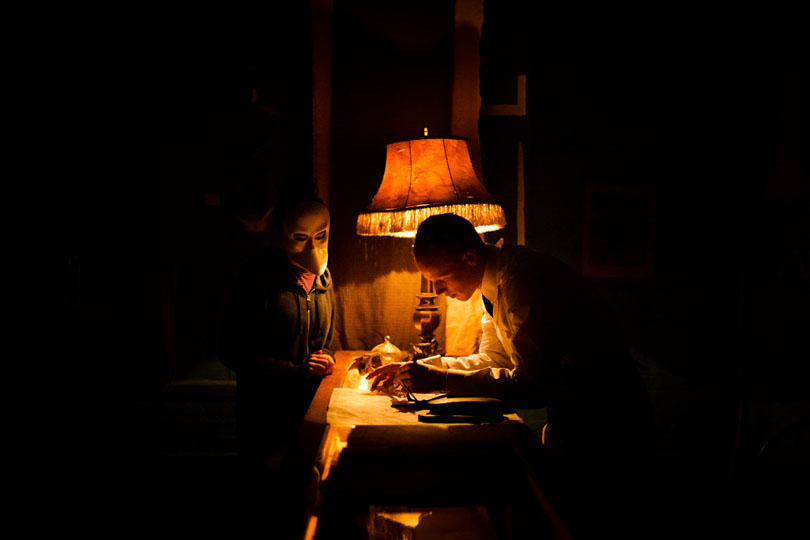 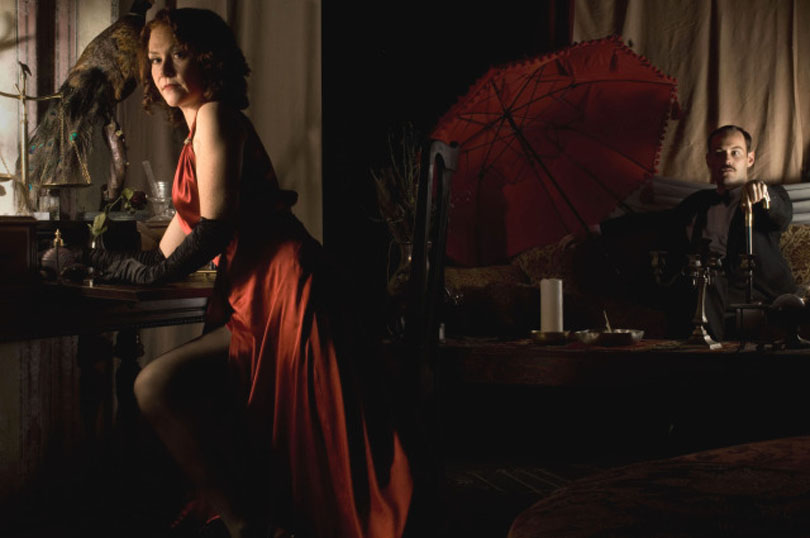 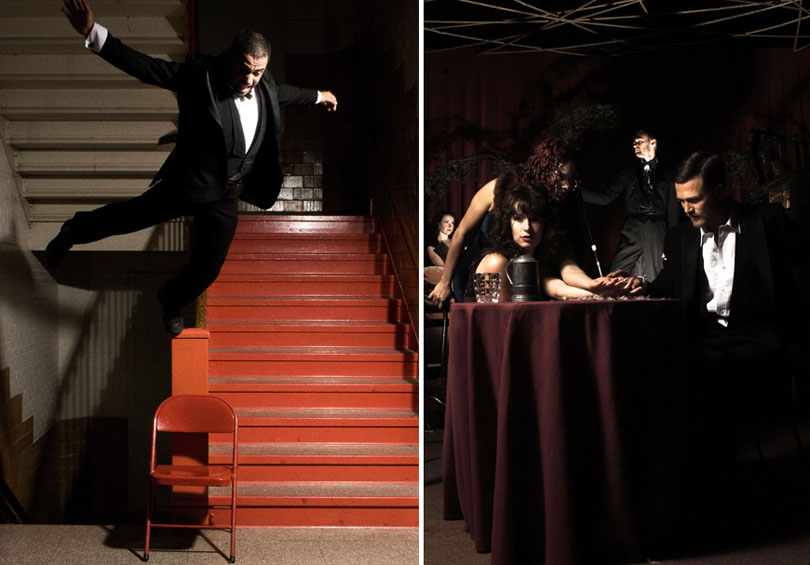 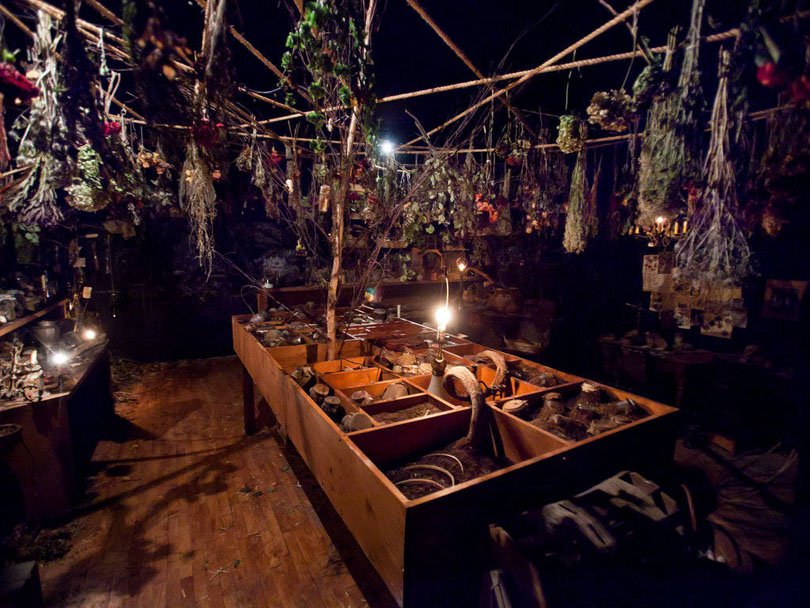 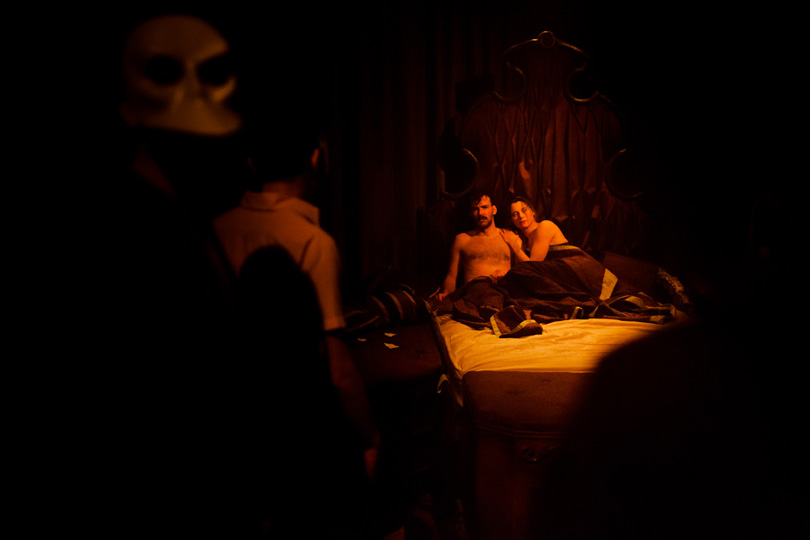