Last night, General Jim Jones appeared on Charlie Rose for a full 45-minute discussion about the state of world affairs, providing one of the most fascinating and comprehensive round-ups of the world’s current geopolitical situation that I’ve seen in quite some time.

James Logan Jones, Jr. (born December 19, 1943) is the former United States National Security Advisor to President Obama and a retired United States Marine Corps General.  During his military career, he served as Commander, United States European Command (COMUSEUCOM) and Supreme Allied Commander Europe (SACEUR) from 2003 to 2006.  Jones retired from the Marine Corps on February 1, 2007, after 40 years of service.  After retiring from the Marine Corps, Jones remained involved in national security and foreign policy issues.  In 2007, Jones served as chairman of the Congressional Independent Commission on the Security Forces of Iraq, which investigated the capabilities of the Iraqi police and armed forces.  Then in November 2007, he was appointed by the U.S. Secretary of State as special envoy for Middle East security. He served as chairman of the Atlantic Council from June 2007 to January 2009, when he assumed the post of National Security Advisor which he held until November 2010.

In the interview with Rose, Jones provides his insight into Iraq, as well as the toxic alliance between Pakistan and the Taliban which was amplified to a stratospheric level in 2006 when the Taliban agreed to let Pakistan police the border between Pakistan and Afghanistan.  In return, Pakistan agreed it would not cross into Afghanistan.  This led to a once closed-off (and less volatile) border being opened with roads which have since given rise to an explosion of “safe harbors” for multiple terrorist cells inside Pakistan.  The interview gets even more interesting around the 10:16 mark when Charlie steers the conversation towards America’s relationship with Pakistan (when Rose asks, “It looks like we have a troubled relationship [with Pakistan] today.”  With Jones replying, “You’re very kind [nervous laughter].”)  They wrap up the sit-down with a bare-bones, open discussion on Iran and how that country’s dangerous pursuit of nuclear weapons is rewriting the books on how we deal with peace in the Middle East.  An absolute must see.

TO WATCH ROSE’S INTERVIEW WITH GENERAL JIM JONES CLICK HERE (CLICK ON JONES’ IMAGE TO PRESS PLAY.  THE BEGINNING IS FASCINATING, BUT THINGS REALLY GET INTERESTING AROUND THE 10:16 MARK). 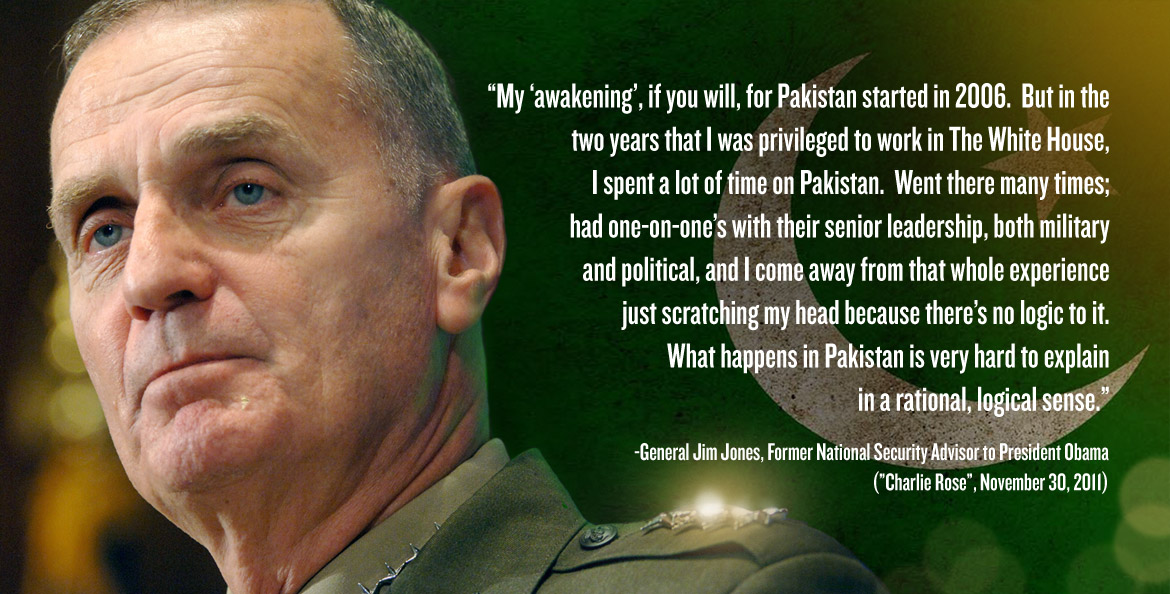 Previous post:
The “Hind House” Of England Is Not Only Beautiful, It Also Turns The Seasonal Flood Into A Celebration Next Post:
The Unlikely Story Of How Mozart’s Piano Concerto No.21 Saved A Punk Rock Band From Murder