This past spring it was announced that Angelina Jolie’s directorial debut, the Bosnian War drama In The Land Of Blood And Honey, was set for release in December 2011.  The film, however, has been noticeably absent from the major festivals, and absolutely zero promotional images have been released so far.  No one in the industry knew quite what to expect from Jolie’s helming debut, but this morning a brand new trailer has just been released and the best and the brightest are giving her a very major pat on the back for what is shaping up to be a bold, complex, and beautifully crafted film.  Jolie said earlier this year, “The film is specific to the Bosnian War, but it’s also universal.  I wanted to tell a story of how human relationships and behavior are deeply affected by living inside a war.”  The early buzz is that In The Land Of Blood And Honey could majorly shake up this year’s Oscar race.  I’ll be the first in line when the film hits theaters on December 23.  To read about how Jolie got the idea for the film while being quarantined by her hubby up in the attic of their French chateau (she was brought to her knees by the worst stomach flu of her entire life) be sure to check out her recent VANITY FAIR feature profile in the link below.

SEE ALSO: Jolie Explains To VANITY FAIR How Getting Deathly Ill Led To Her New Film 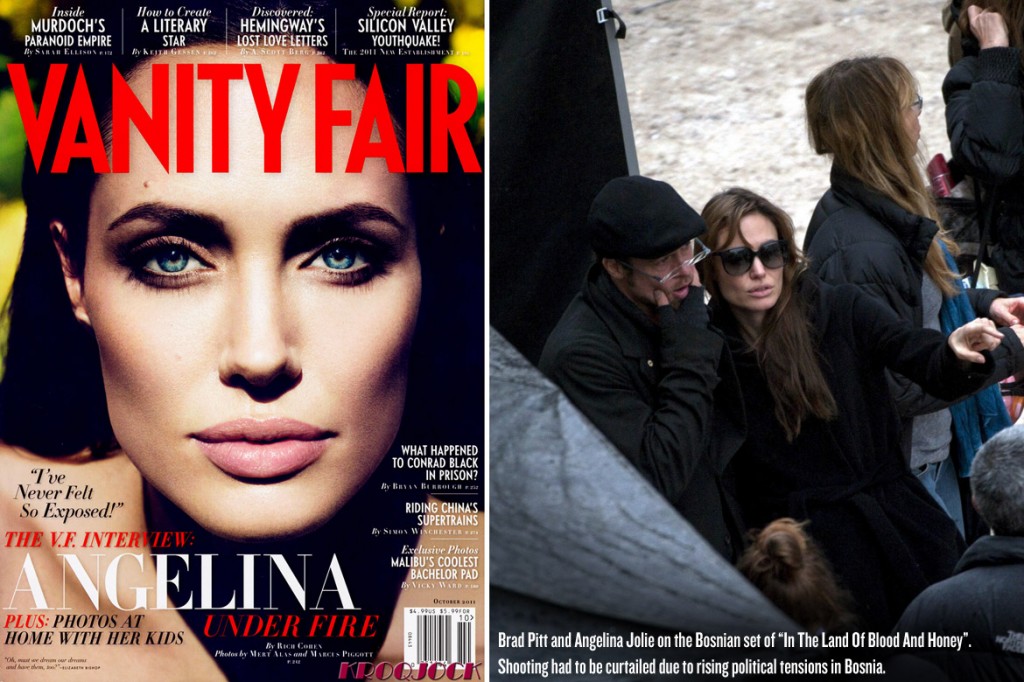