Probably the most across-the-board fun I’ve ever had working on a movie was the time I spent as a Set Designer on Darren Aronofsky‘s The Fountain back in 2005.  The film originally started out as a massive blockbuster epic starring Brad Pitt, and the original team had even began the construction of a giant Mayan pyramid in the Australian desert before Pitt pulled out of the project for creative reasons.  Pitt’s leaving the project scared Warner Brothers, and the studio slashed the budget which ended up bringing the shoot to Montreal, thereby opening the door of design opportunity for me.  The film follows three parallel storylines featuring Hugh Jackman as a Spanish conquistador in the Mayan peninsula, as a contemporary brain scientist in the modern world frantically trying to find a cure for cancer before his wife (played by Rachel Weisz) passes away, and also as a star sailor travelling through the future in his crystal ball space ship.

I got to know Darren (Black Swan, Requiem For A Dream) and Rachel during the pre-production and the shoot (they were dating at the time, and eventually had a son together) and was blown away by their power couple dynamic, their creative energies, and by Darren’s entire close team of friends who had descended on Montreal to bring their passion project to life.  One night Darren and Rachel had invited me to go see Le Tigre perform at Metropolis and we danced like teenagers and drank beers until the wee hours (actually they both went to bed at a very respectable hour after the show finished, while I continued to drink beers and somehow managed to make my way home and to work the next day).  At that point Rachel had not yet won her Oscar for The Constant Gardener, but ever since that win her starpower has pretty much gone super nova.  Her carefully crafted choices of roles, combined with her incredible skill as an actress and her brilliant sense of style, make up one of Hollywood’s most influential leading ladies.  And on top of all that I can testify that Rachel’s an even better dancer than most of the club kids you could ever shake a stick at.  Rachel is currently featured in a cover story feature profile in AnOther Magazine, and the following is an excerpt:

For the autumn/winter 2011 season, Rachel Weisz appears as she’s never been seen before. As the cover star of AnOther Magazine Issue 21, the Oscar-winning actress appears in stills taken from a short film shot by Craig McDean with creative direction by David James and styling by Olivier Rizzo. Premiering exclusively here, the film sees Weisz on location in Red Hook, New York, her series of non-narrative micro performances,  inspired by postmodern dance legend Pina Bausch.

Known for her complex roles and chameleon talent, the actress has no less than eight major films in the pipeline. She’ll step into the shoes of real-life Nebraskan cop Kathryn Bolkovac in Whistleblower, star in Jim Sheridan’s mystery Dream House and be directed by cinematic legend Terrence Malick in his follow up to Tree of Life. Weisz’s films will also open and close the 55th BFI London Film Festival next month, Fernando Meirelles’ 360 and Terence Davies’ The Deep Blue Sea respectively.

AnOther asked artist and writer Harland Miller, best known for his large-scale paintings based on Penguin paperbacks, to interview Weisz for our cover story. It’s not the first time they’ve met, as Miller recalls: “After the Berlin wall fell I had decided to move there. Coincidentally a friend – ‘Crazy Ella’ – was driving out there from London the same weekend, and on an impulse her friend Rachel came along. I drove a black Jag at the time and Ella discreetly asked if Rachel could come with me; Ella drove a decommissioned London taxi and was embarrassed by how much it vibrated at anything over 50. It was a slow convoy, but it was, as they say, the beginning of a beautiful friendship. I recall a few coffee stops, the night ferry in between and then the morning sun flickering through the silver birch trees that Hitler had planted along the road to Berlin.”

To read the entire feature be sure to visit AnOther Magazine.  And to check out the phenomenal portfolio of photographer Craig McDean CLICK HERE.  Rachel’s latest film, Dream House, is currently in theaters where she stars opposite her new real-life beau Daniel Craig.  And if you haven’t yet seen her in Darren Aronofsky’s The Fountain she gives a terrific performance, and you can also keep your eyes peeled for my set designs in the film: the cancer treatment facility where Rachel’s character is treated, and the top of the Mayan pyramid where Hugh Jackman faces off with the great Mayan warrior (I’ve attached a beautifully edited 10-minute compilation video below of scenes from The Fountain).  Ohhh, the memories. 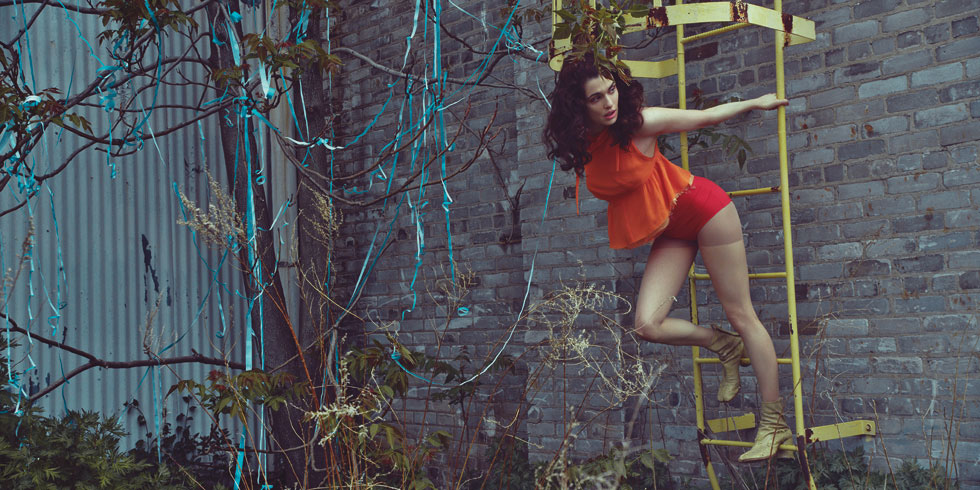 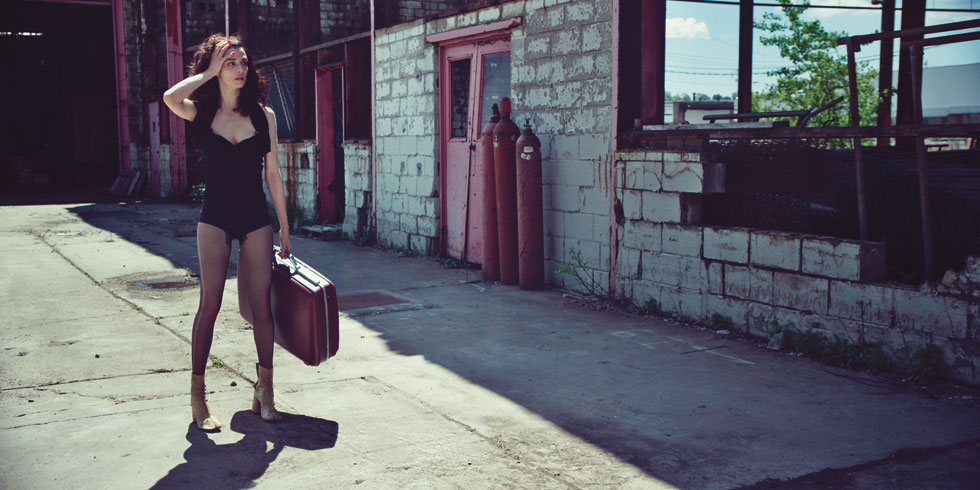 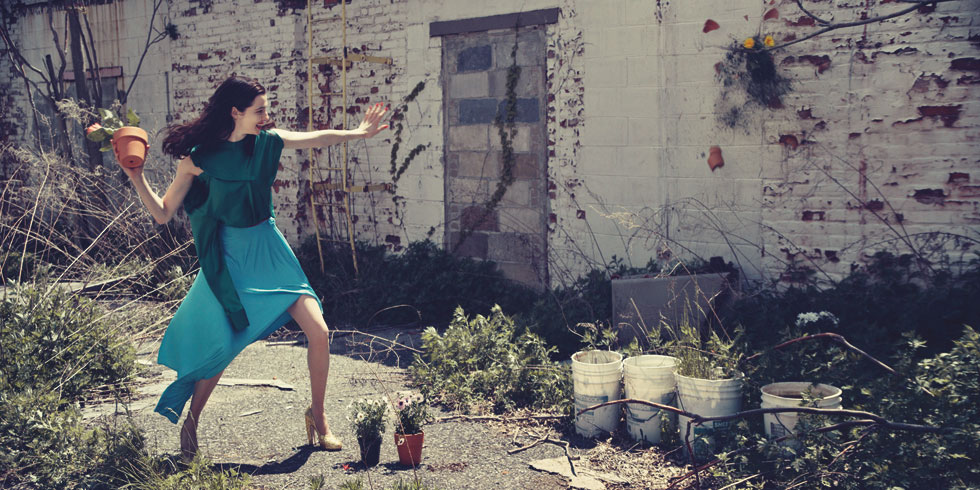 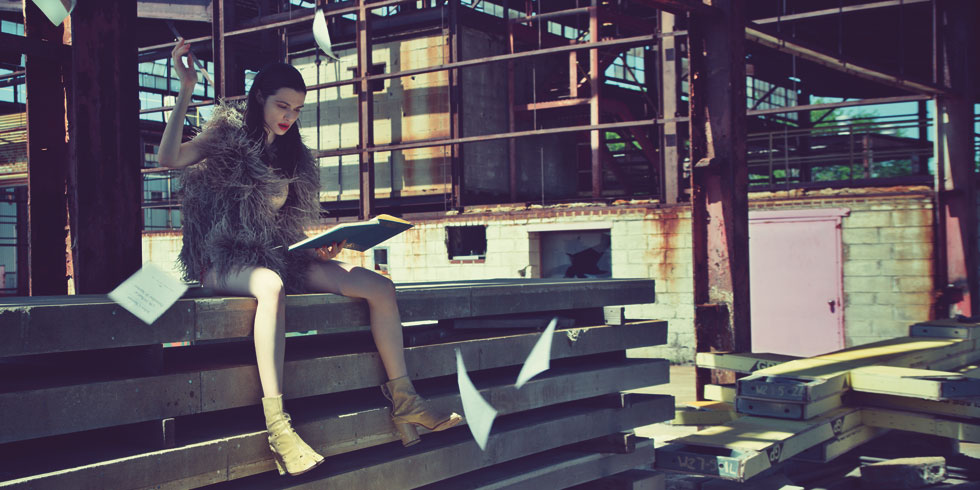