I once heard Hilary Clinton speak about the frustration of trying to deal with the human rights violations in China and being hand-tied by the fact that China is America’s banker.  China, however, is notorious for manipulating their currency, among other nefarious acts, and now it’s being reported by Forbes that China’s national debt is spinning out of control like so other modern economies around the world.  Beijing has been freaking out as they watch the spectacle that has become the U.S. debt deal negotiations in Washington, because 70% of China’s foreign currency reserves of $3.2 trillion are American dollars.  And because China has no other alternative but to acquire U.S. treasury debt (it’s the only game in town), the Chinese government has wasted no time in blasting Washington over how they’ve handled the crisis (in one recent high-profile criticism which you can read HERE, China speculates that America will soon go bankrupt).

An American bankruptcy is technically impossible and China knows this (you can read the full article to understand why).  With no debt ceiling of their own, Beijing has never had to air its dirty laundry in the same way America has; but as the Forbes report indicates, China might be better off simmering down on their roasting of Washington’s antics because China’s own debt problems are apparently as bad — if not worse — than America’s.  Here’s an excerpt from Forbes:

Beijing, of course, has no debt ceiling to raise, and so it has avoided a public airing of its problems.  And China’s debt situation is at least as serious as America’s.  Chinese leaders tell us their country’s debt-to-GDP ratio was 17% at the end of last year, but the figure is more like 89% according to Beijing-based Dragonomics.  If the respected research firm is correct, then China’s ratio was just about the same as America’s, which was around 93% then.  And a growing number of analysts disagree with the Dragonomics figure, putting China’s ratio as high as 160%.

The discrepancy lies in China’s “hidden debts”, especially those incurred by local governments and state banks.  The report continues to elaborate on how this secret problem will play out when one considers the fact that China is still sitting atop the world’s largest pile of foreign currency reserves.  As the article points out, China’s lecturing of America to “live within one’s means” would be great advice for themselves as well.  To read the full article on the complexities and hypocrisy of China’s own debt problem be sure to visit Forbes. 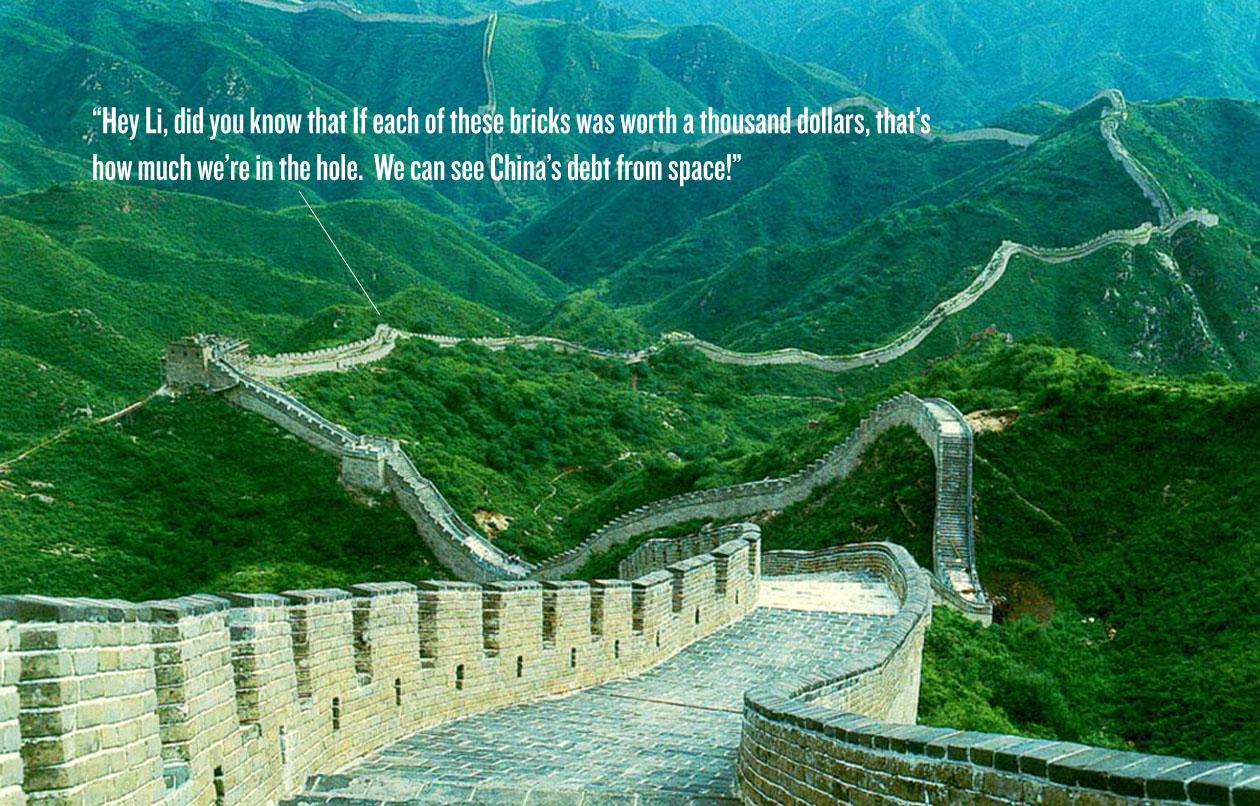