In this extraordinary color-composite  taken from the Galileo spacecraft that orbited the moon from 1995-2003 we see two sulfurous eruptions visible on Jupiter’s volcanic moon Io.  In the top portion of the image we see the volcanic plume rising 160km above the surface, and in the middle area we see the ring-shaped plume rising 75km and beginning to disperse.  Named for the Greek god who gave mortals fire, the Prometheus Plume has been visible in every single image taken of the moon Io since 1979.  Further analysis of images such as these has proven there to be a magma ocean beneath the moon’s surface.  This image was taken in 1996 at a distance of 600,000km. 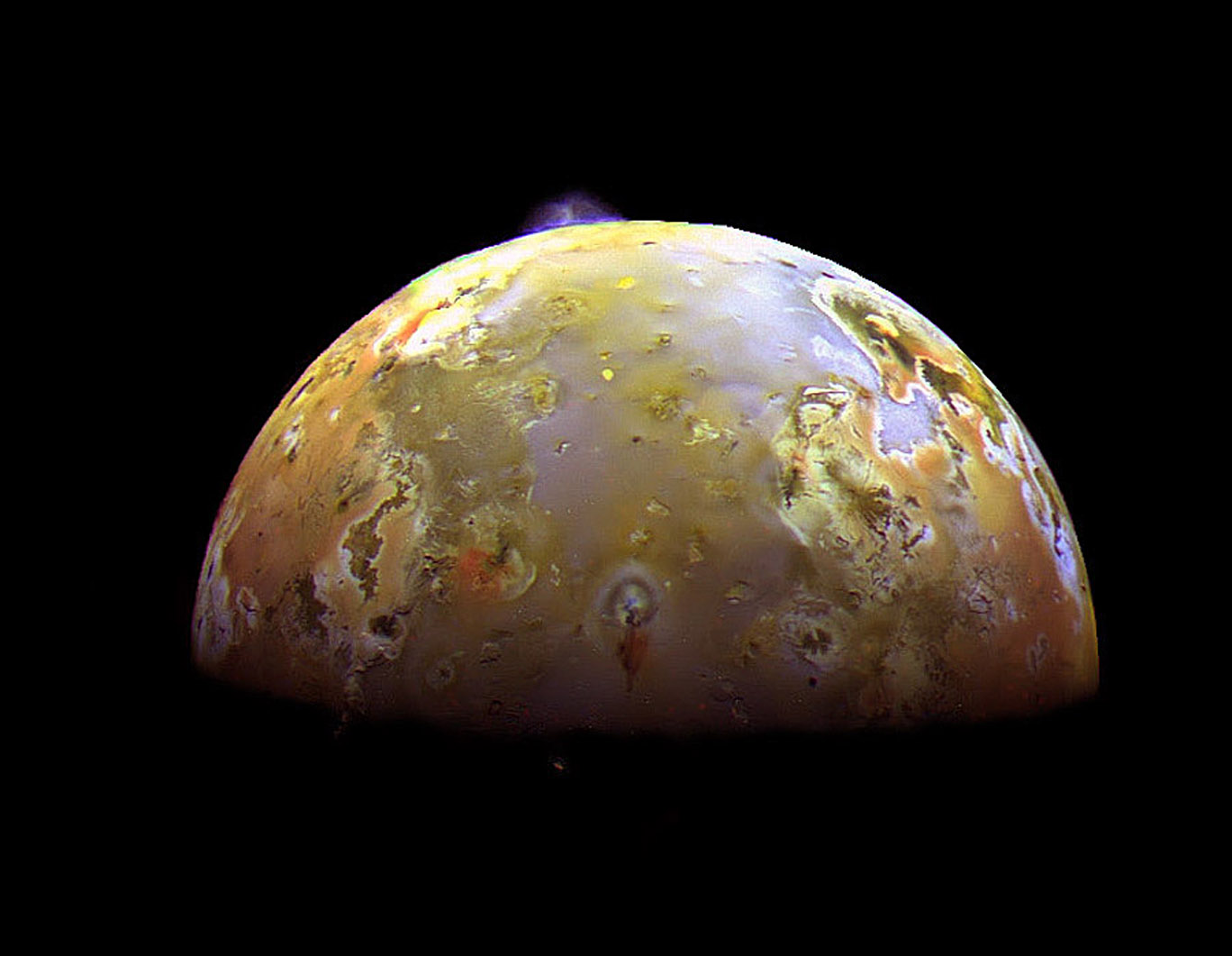