When Osama bin Laden’s death was announced last Sunday it sent an explosion ripping through the Twitterverse.  I must preface this story with how much I can’t stand the word “twitter”, “twitterverse”, “twitpic”, and all other twit-related words because they sound so ridiculous and juvenile when they’re connected to an event as serious as this.  I feel like such a twit whenever I have to use one or more of them in a sentence.  But I digress.  Miguel Rios is an engineer at Twitter and he compiled the data in these three infographics which show two individual looks at both this year’s Superbowl from January 19 followed by Osama’s bin Laden’s death this past Sunday.  In the third infographic you will see the combination of the two events in one chart. 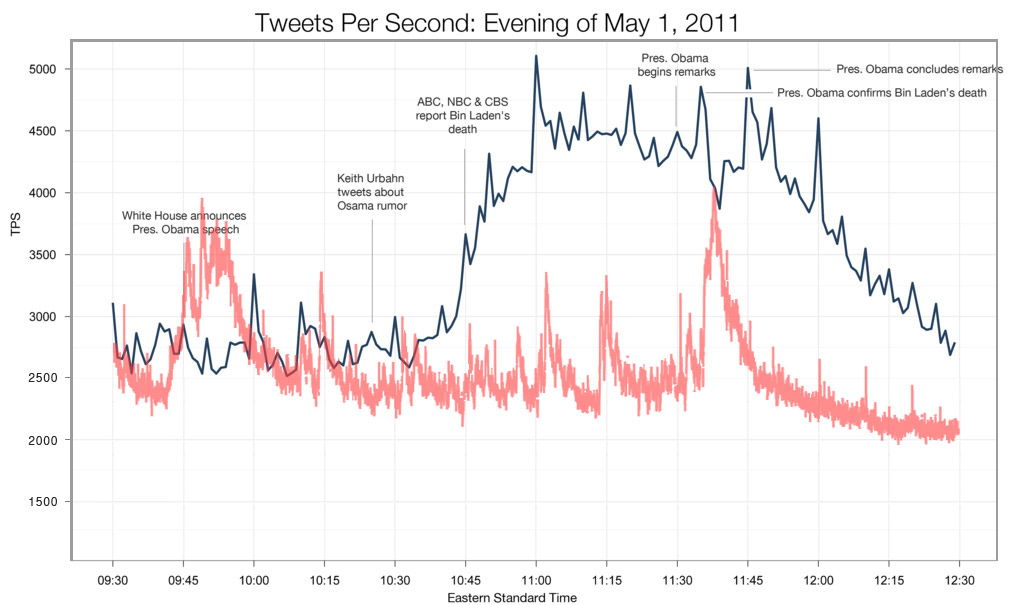