Within seconds of President Obama’s announcement late Sunday night that Osama bin Laden had been killed, streets around America were filled with countless people yelling the familiar “U-S-A” chant.  All this chest-thumping got Brian Palmer of Slate asking himself the question: “Where and when did this chant begin?” After some clever digging he traced it back to the 1975 National Association of Intercollegiate Athletics swimming championships.  So how could a get-together of swimmers who were all 100% American cause such a nationalistic furor?  Well, the crowd started the chant to protest the inclusion of a Canadian team that went on to win the predominantly American event. The next time this chant was heard was several months later in the 1976 Olympic ice hockey tournament (four years before the Miracle on Ice) when the Americans defeated the Finnish team. To get the full story on the history of the “U-S-A” chant you can read it at Slate. To read the original 1975 newspaper report about the Canadian-American swimming scandal that started it all CLICK HERE. 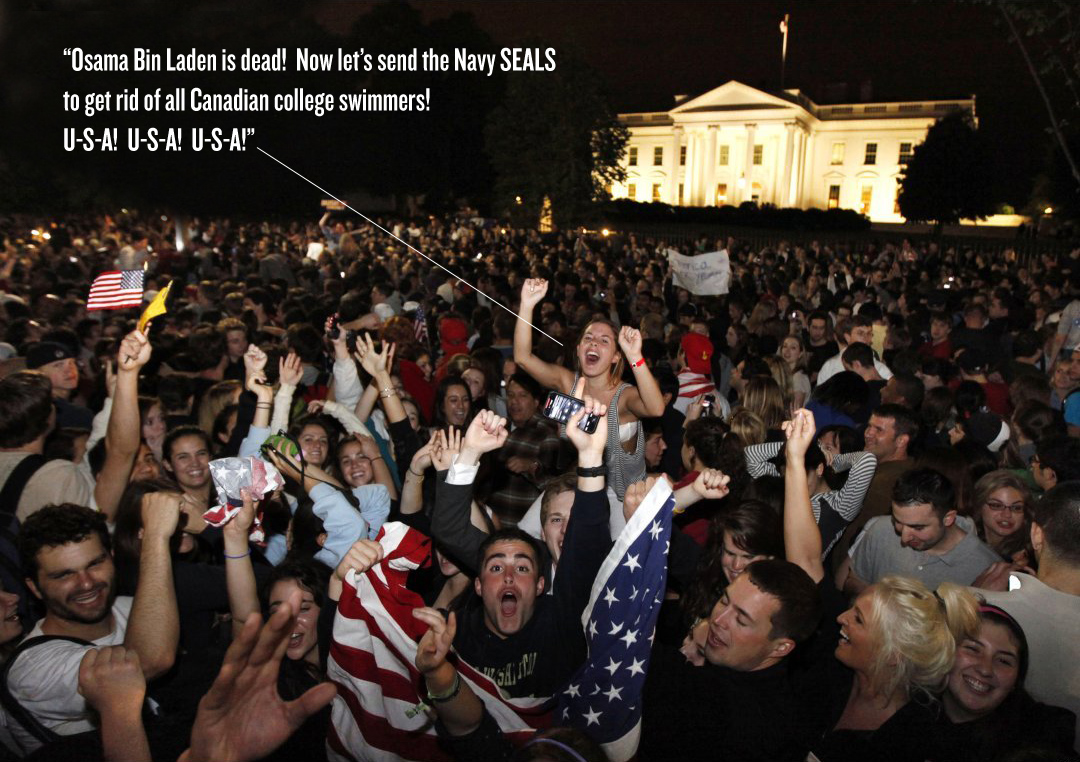