Daniel Libeskind’s “18.36.54 House” In Connecticut Will Make You Hate Your Own Home

Superstar architect Daniel Libeskind (the man behind the new World Trade Center design) was asked by a “very rich art world couple” to design them a country home.  The “rich art world couple” was inspired by Libeskind’s Jewish museum in Berlin, and challenged him with: “Whatever you design, we’ll ask you to make it more extreme.” Libeskind said yes, and did not even ask for a contract.  His extreme interpretation of a weekend getaway turned out to be a stainless steel-paneled house that perches on a grassy knoll like a Russian Constructivist bird: its 18 folds yield 36 knifelike points and 54 lines (both folds and edges) following a mathematical series that guided Libeskind and gave the house its name “18.36.54”. Which is so ironic because after reading the full Architectural Record profile of the home I screamed 18 times: “Why the fuck am I not part of a ‘rich art world couple’?!”, then moped around my shitty 36 sq. ft. apartment and sobbed like a baby for 54 minutes in a pathetic fit of jealousy. 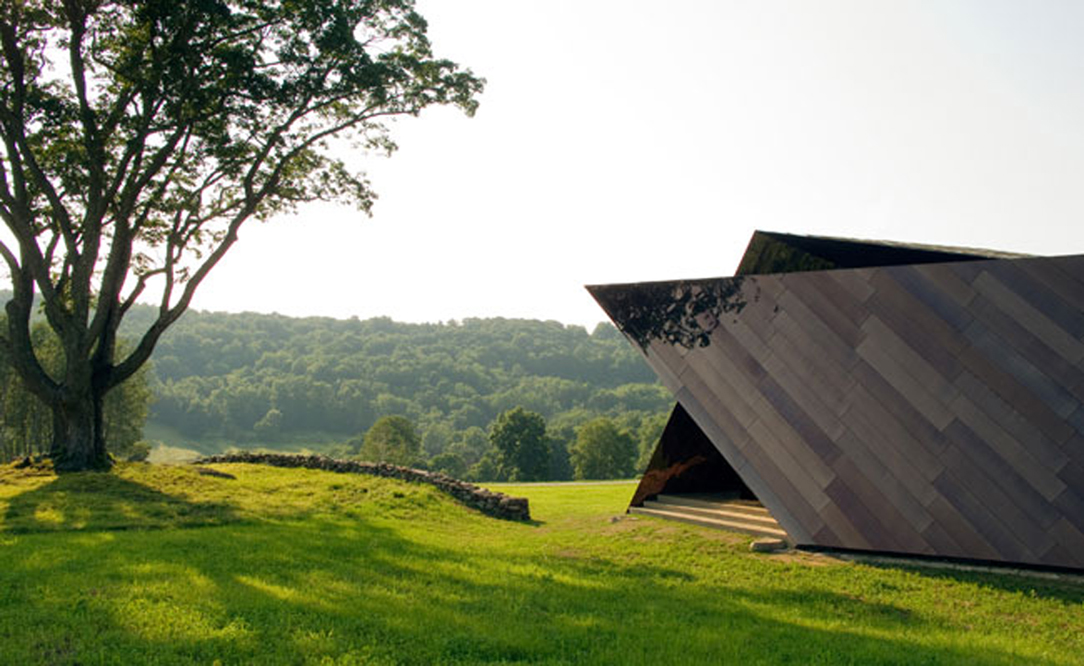 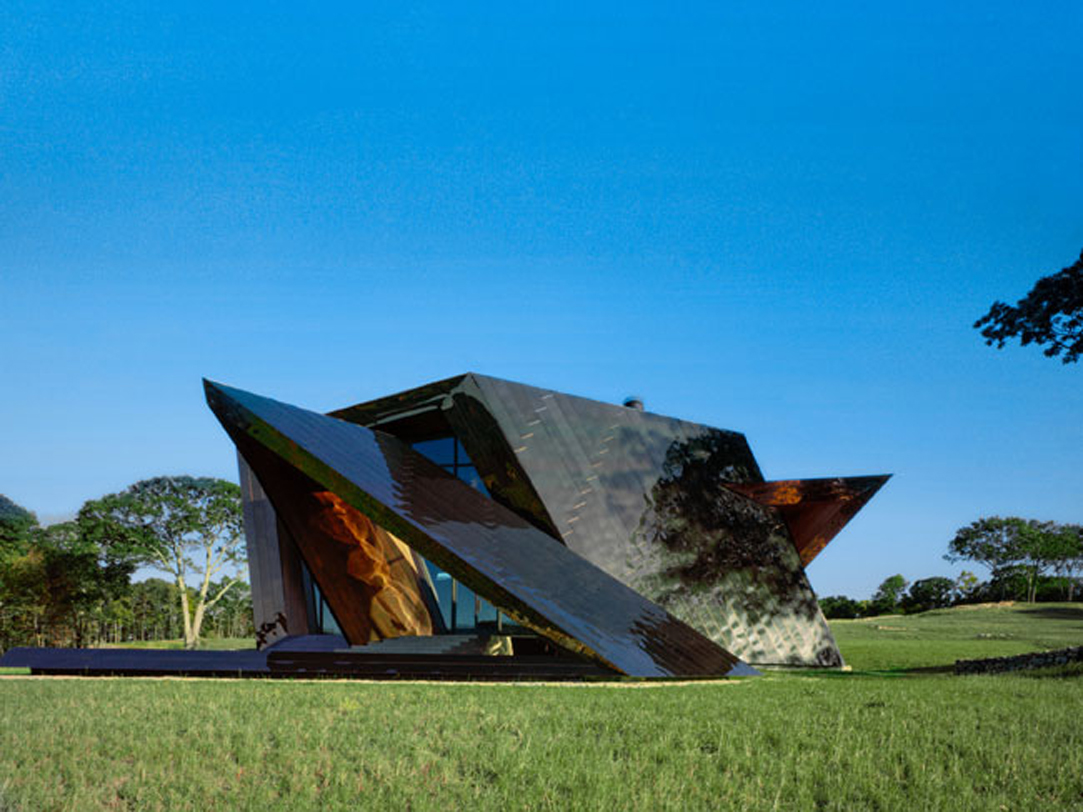 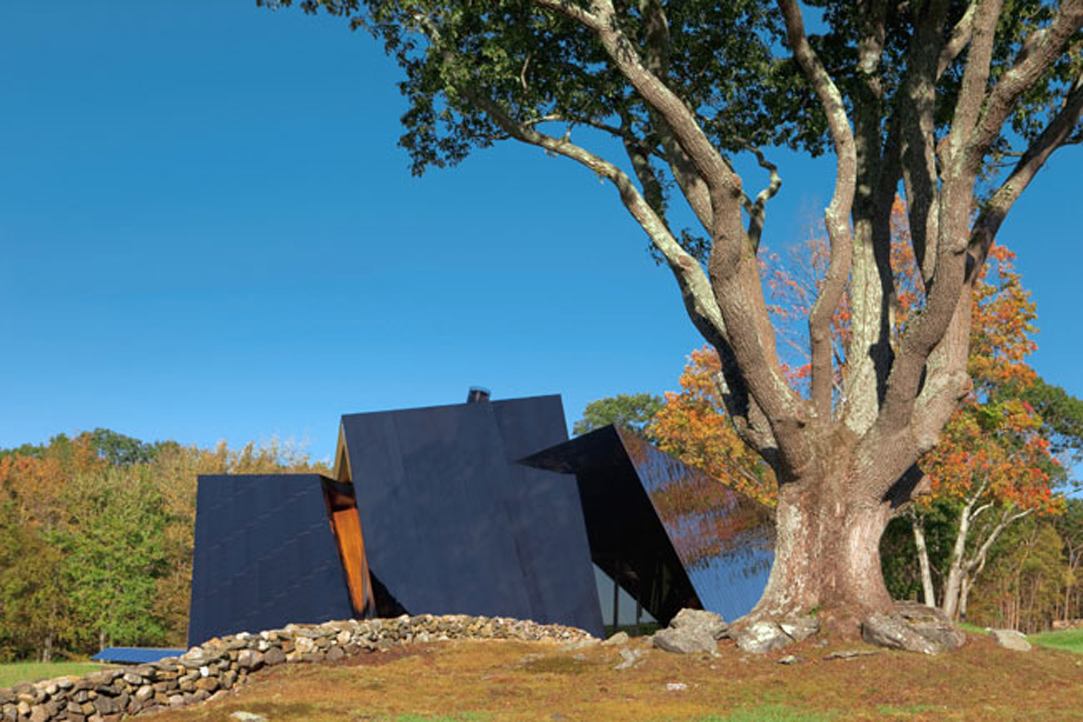 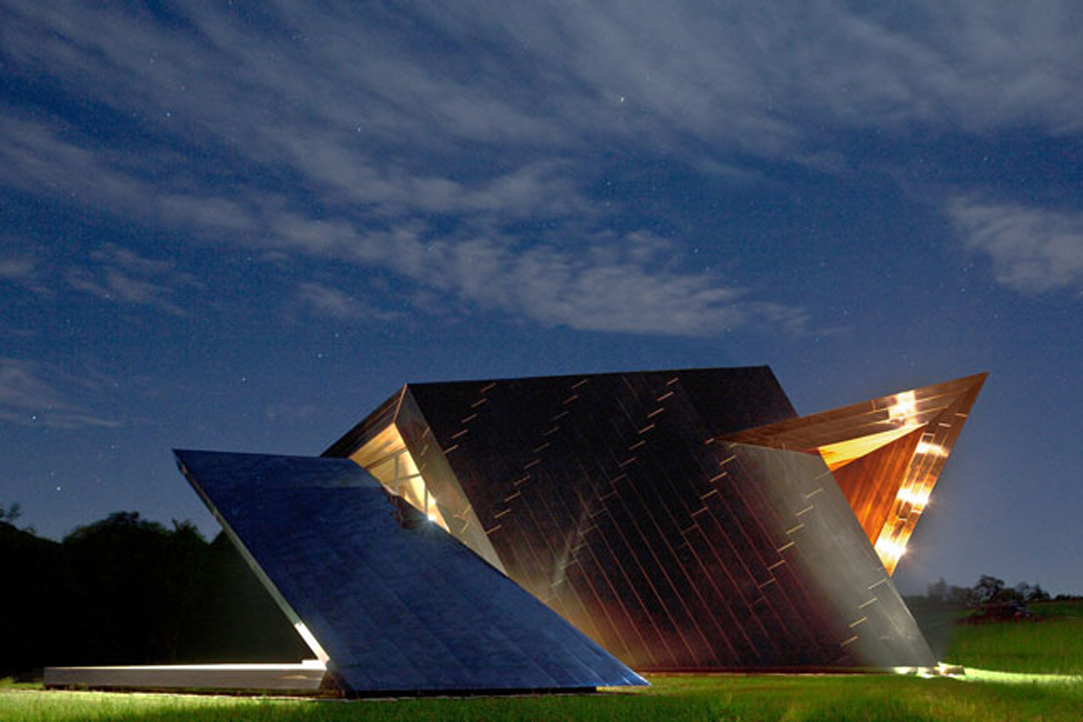 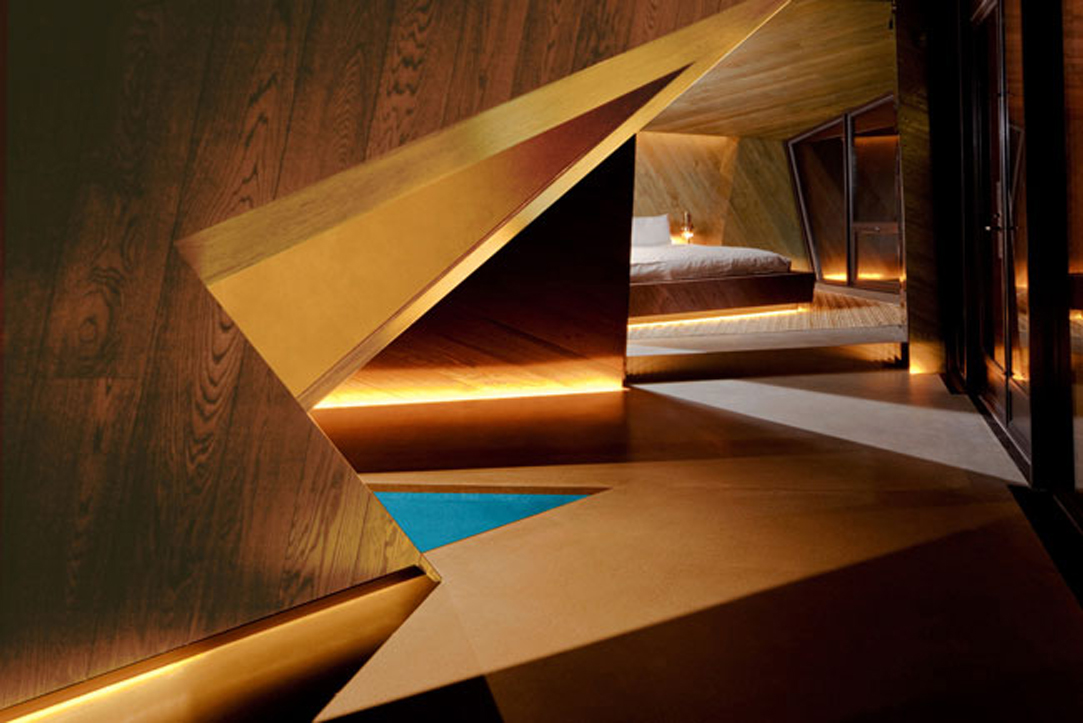 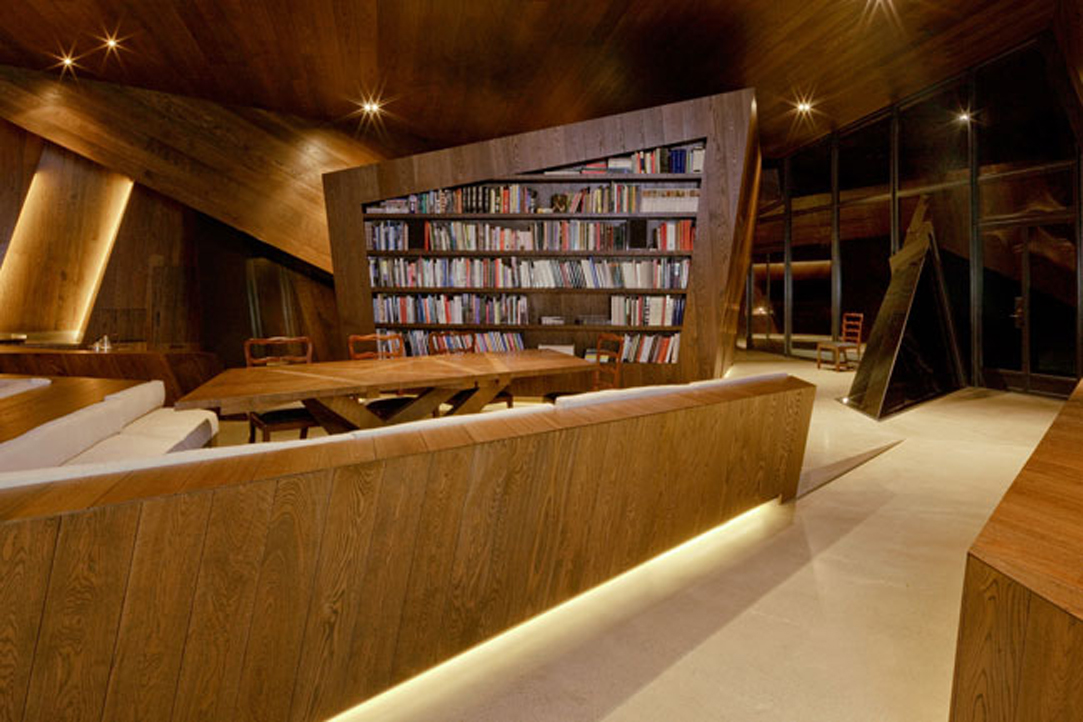 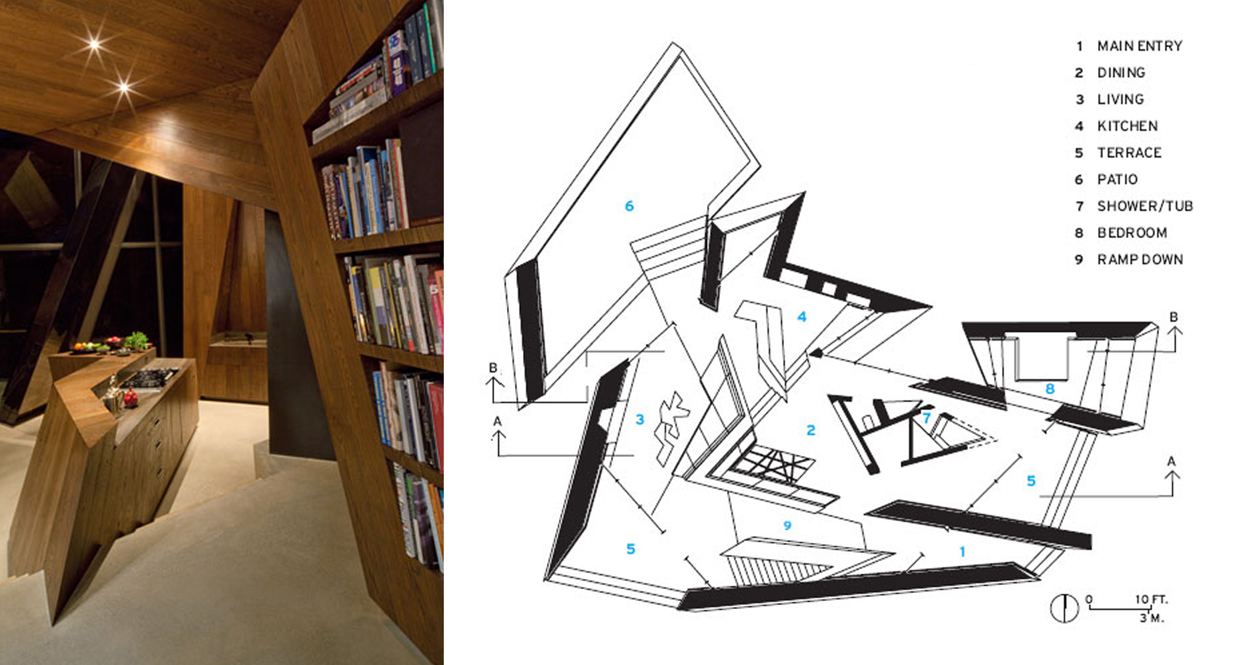