GENEVA (published February 5, 2011) The Huffington Post via Reuters..☛..Former U.S. President George W. Bush has cancelled a visit to Switzerland, where he was to address a Jewish charity gala, due to the risk of legal action against him for alleged torture, rights groups said on Saturday. Bush was to be the keynote speaker at Keren Hayesod’s annual dinner on Feb. 12 in Geneva. But pressure has been building on the Swiss government to arrest him and open a criminal investigation if he enters the Alpine country. Criminal complaints against Bush alleging torture have been lodged in Geneva, court officials say.

Human rights groups said they had intended to submit a 2,500-page case against Bush in the Swiss city on Monday for alleged mistreatment of suspected militants at Guantanamo Bay, the U.S. naval base in Cuba where captives from Afghanistan, Iraq and other fronts in the so-called War on Terror were interned. Leftist groups had also called for a protest on the day of his visit next Saturday, leading Keren Hayesod’s organisers to announce that they were cancelling Bush’s participation on security grounds — not because of the criminal complaints.

But groups including the New York-based Human Rights Watch and International Federation of Human Rights (FIDH) said the cancellation was linked to growing moves to hold Bush accountable for torture, including waterboarding. He has admitted in his memoirs and television interviews to ordering use of the interrogation technique that simulates drowning. “He’s avoiding the handcuffs,” Reed Brody, counsel for Human Rights Watch, told Reuters. 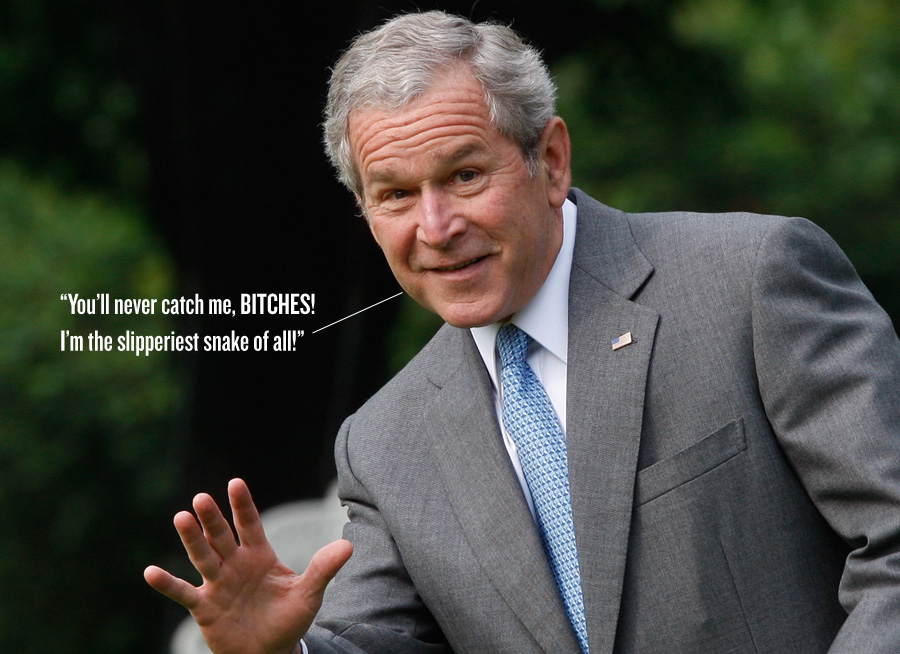 Previous post:
The Office Of My Dreams Next Post:
The Movie That Scared The Living Shit Out Of Me