The Swiss Federal Institute Of Technology is responsible for this stunning 3D LED lighting installation called NOVA.  Created for the SFIT’s 150th Anniversary celebrations, the fixture is composed of 25,000 small light balls.  It has an impressive capability of processing 16 million colors per second, and it weighs 3.3 tonnes.  These pictures are likely the best part of their craptastic website which is equally as beautiful as it is useless.  As punishment to the designer of this webpage I’ve also thrown in a YouTube video of a light that gets across the same effect.  The images it produces are so gorgeous and ghostly it makes me want to run right into the middle of the thing, take off all my clothes, and trip the light fantastic.  It also reminds me of the Swarm Light™ (SKIP TO THE 2:50 MARK) which I discovered last year and have never forgotten, so I’ve included a video from that as well.  “BAD NOVA wesite designer, BAD!!! Get your shit together.” 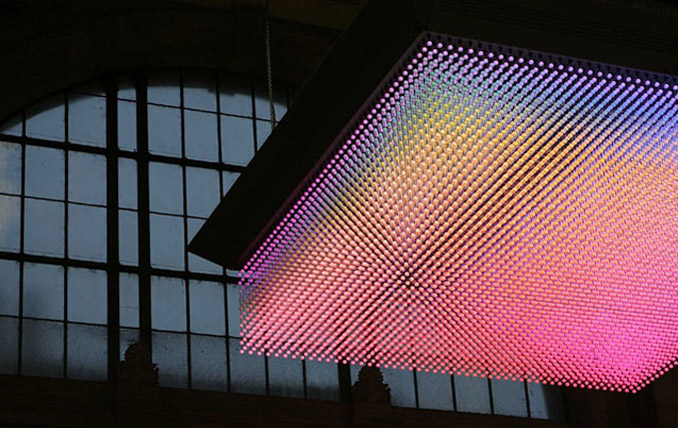 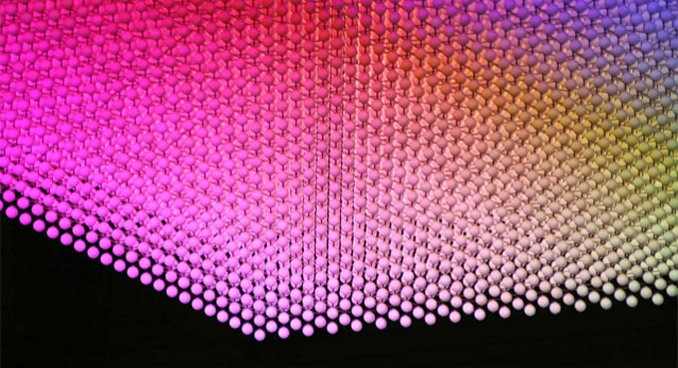