China’s Economy Could Be Larger Than US In 9 Years

As China’s vice-premier Li Keqiang flies out of Britain today after a nine-day shopping trip to Europe, the man tipped to become the emerging superpower’s next prime minister will likely reflect that the latest phase in his country’s quest for global dominance is going nicely to plan.  Li’s procurement extravaganza will end with a low-carbon flavour in Watford today as Vince Cable gives the 150-strong Chinese delegation a tour of a sustainable housing community.  This will bring to a close a four-day visit to the UK, on a trip which has also taken in Germany and Spain and resulted in more than $20bn (£12.8bn) of orders for luxury European items, from wine and olive oil to Mercedes cars.

With the data yesterday showing China’s foreign exchange reserves jumped by a record $199bn in the final three months of 2010 to an all-time high of $2.85tn, these shopping excursions are set to become bigger and more frequent.  There is nothing new in China buying the assets and debts of countries and companies around the world with the huge foreign currency reserves it accumulates by producing cheap goods that the rest of the world wants to buy.  But the speed with which these reserves has grown as China’s economic juggernaut consistently outpaces every other economy is enabling it to exert an ever tighter grip on global business, finance and, in turn, politics.  Gerard Lyons, chief economist and group head of global research at Standard Chartered, said: “The last decade could be characterised by the three words ‘made in China’. In this next decade, it will be ‘owned by China’.”

China kicked off its foreign ownership phase about a decade ago when it started buying US treasuries, the debt issued by the American government. These transactions, which involved China exchanging huge amounts of yuan for US dollars, kept the Chinese currency artificially low, ensuring its exports remained attractive.  The value of US treasury bonds owned by China soared from $59.5bn to $906.8bn in the 10 years to October 2010, to account for 21% of the American government’s entire outstanding debt and more than a third of China’s foreign currency reserves.  Around the middle of the last decade, China began turning its attention to securing the natural resources it would need to cater for its huge and growing population and manufacturing base, snapping up commodities such as iron ore, gold and platinum that it needs as raw materials, as well as land to grow food and timber. Most of these deals were struck in Africa.In 2008, China branched out further, investing in struggling US banks such as Citigroup and the now defunct Bear Stearns and, last year, it upped investment in European government bonds.China has made public commitments to buy debt issued by Greece and Portugal, despite America’s Pimco, the largest buyer of sovereign debt, declaring the euro countries “a danger zone”. Furthermore, China, which already owns 13% of Spanish government debt, has pledged to buy another €6bn worth this year as it seeks to diversify holdings away from US dollar-denominated assets.

Analysts say it makes good financial sense to have a diversified investment portfolio, while keeping the euro and eurozone economies strong. Europe consumes 16% of China’s exports. If the currency disbanded, or some members were forced to leave the eurozone and adopt weaker sovereign currencies, they would be less able to afford to buy Chinese goods, while their own products would become relatively more attractive as exports, undermining China’s competitive advantage. In the latest phase of its global development, China is furiously sourcing luxury goods for its fast-growing middle class and sophisticated technology to take its manufacturing upmarket. “In the last 18 months China has moved into a new phase in where it has started getting quite vocal about the global economy and is really staking a claim to being a superpower,” said Kathleen Brooks, research director at online foreign exchange trading company Forex.com. She dates China’s change in attitude to the moment when its foreign currency reserves breached the $2tn mark in July 2009.But experts say China’s growing prosperity represents a great opportunity as well as a threat.

With China due to rubber stamp its 12th five-year plan this year – with the stated aim of using its financial clout to move upmarket – there are huge opportunities for developed economies such as Britain to boost exports of good quality products. Rolls-Royce Motor Cars has unveiled record sales for 2010, with a substantial contribution from China. “We need to recognise the importance of China, we need to sell and invest there. The Rolls-Royce story is reflected across all the luxury goods makers, for which China is the biggest growth engine,” said Standard Chartered’s Gerard Lyons, who forecasts that the Chinese economy, which overtook Japan to become the world’s second biggest last year, will surpass the US by 2020.

Britain’s prime minister, David Cameron, is well aware of the need to ingratiate himself with China. In November, he led the largest ever UK trade delegation to Beijing in November, during which he set a goal for the country to nearly double its annual trade in goods and services with China from $52bn in 2009 to $100bn in 2015. Britain struck £2.6bn of deals with China this week, include a move to increase sales of Jaguar Land Rover vehicles to China; an announcement by BP and the China National Offshore Oil Corporation on deepwater exploration in the South China Sea and a so-called framework deal between PetroChina and Britain’s Ineos to form refining joint ventures.However, with China currently accounting for 3% of Britain’s exports, many question whether Cameron has sufficient ambition, arguing that failure to capitalise on the opportunities provided by China and other emerging economies could accelerate the UK’s descent in the world’s economic league table. 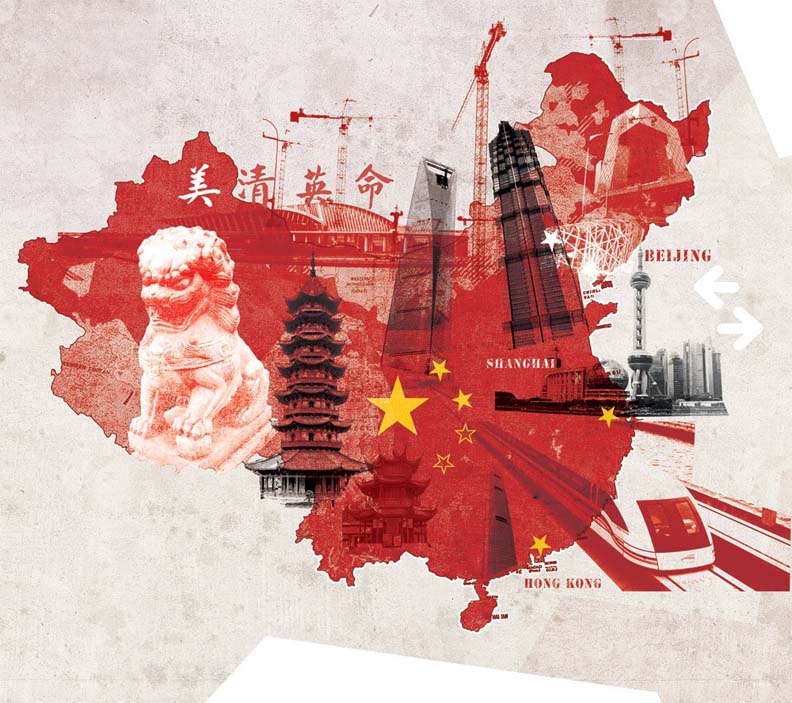