A conservative Muslim government minister admits he shook hands with first lady Michelle Obama in welcoming her to Indonesia but says it wasn’t his choice.  Footage on YouTube shows otherwise, sparking a debate that has lit up Facebook, Twitter and the rest of the blogosphere.

“I tried to prevent (being touched) with my hands but Mrs. Michelle held her hands too far toward me (so) we touched,” Information Minister Tifatul Sembiring told tens of thousands of followers on Twitter.

While Indonesia has the largest Muslim population in the world, the vast majority practice a moderate form of the faith. But Sembiring has flaunted his conservatism and says he avoids contact with women who are not related to him.  The minister was among the dignitaries in a receiving line that greeted President Barack Obama and his wife as they arrived in Jakarta on Tuesday – a homecoming of sorts for the president who spent part of his childhood here. Indonesians gathered around television sets across the country to watch the American president touch down. Children at the school he attended practiced a song dedicated to him just in case he visited.  In footage of the official welcome, Sembiring appeared to share his countrymen’s enthusiasm. He smiled broadly as he shook the president’s hand and then reached with both hands to grasp Michelle Obama’s. But later he said she forced their contact.

His denial was in a response to tweets from Indonesians who noted the handshake and questioned his long-standing claims that, as a good Muslim, he restricts his contact with women. 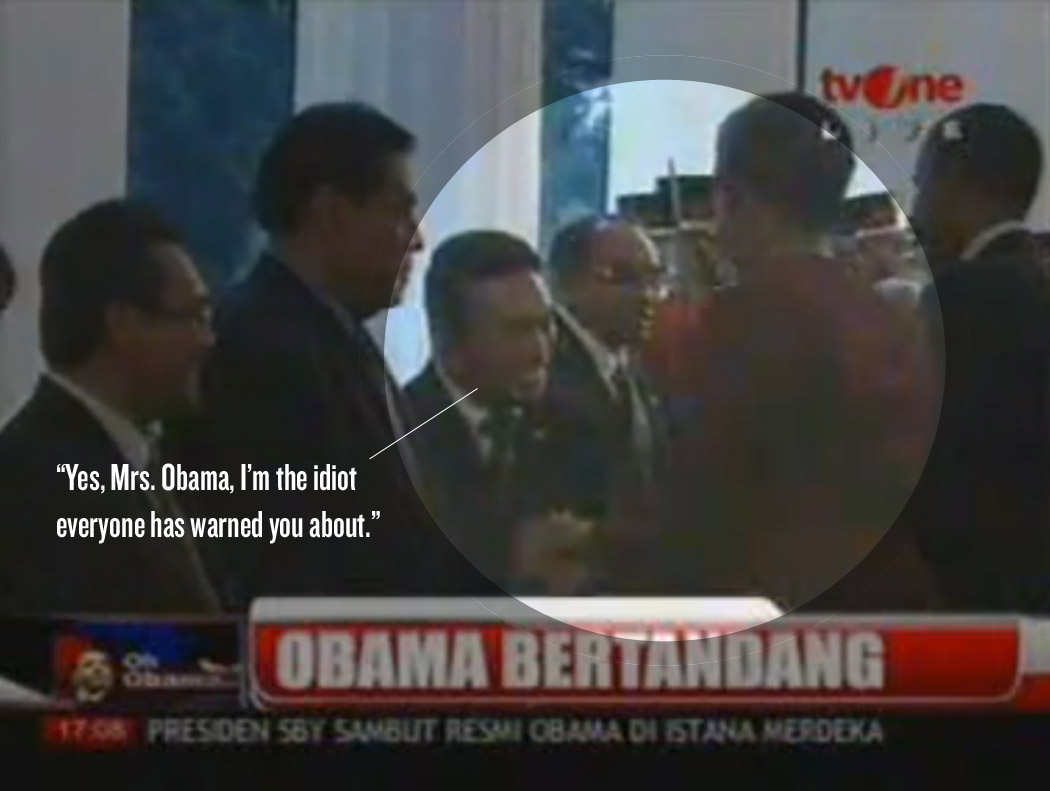