Did Bert Just Come Out Of The “Sesame Street” Closet?

Sesame Street’s Bert and Ernie are best friends and roomies.  But after 31 years of speculation, evidence suggests that Bert may be gay.  Many have interpreted Bert’s use of the word “mo” in a recent tweet as a subtle nod to the homosexual community.  But while Katy Perry’s cleavage is off-limits for the show, is an openly gay character?  Some say the show is just gay friendly now, citing another segment in which Grover asks what marriage is.  The makers of Sesame Street, however, said they are trying to appeal to everyone, not just gay viewers.  I think in no time at all we’ll be seeing Bert on the cover of People with a very special announcement. 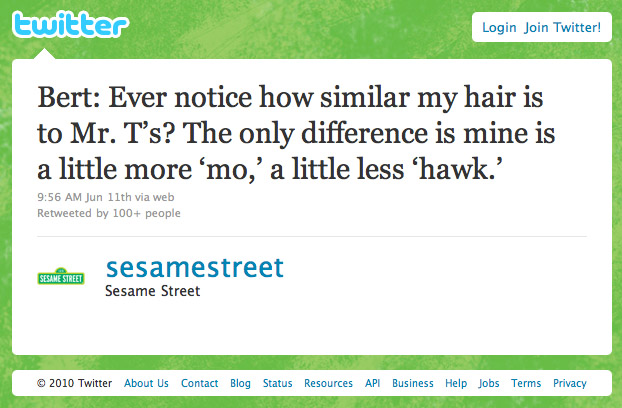