In Jospeh Tainter’s The Collapse of Complex Societies, the author argues that the fall of Rome happened because “the usual method of dealing with social problems by increasing the complexity of society [became] too costly or beyond the ability of that society”. Basically when Rome stopped expanding its territory, the fallback was relying solely on agriculture, a relatively low-margin affair.

The distances, now no longer adjacent to easily accessible coastline, were making the cost of conquest prohibitive. More to the point, the enemies Rome faced as it grew larger were vast empires themselves and were more than capable of defeating the Roman legions.  It was at this point that Rome had reached a turning point: no longer would conquest be a significant source of revenue for the empire, for the cost of further expansion yielded no benefits greater than incurred costs. Conjointly, garrisoning its extensive border with its professional army was becoming more burdensome, and more and more Rome came to rely on mercenary troops from Iberia and Germania.  The result of these factors meant that the Roman Empire began to experience severe fiscal problems as it tried to maintain a level of social complexity that was beyond the marginal yields of it’s agricultural surplus and had been dependent upon continuous territorial expansion and conquest.

I would love to know if anyone is relating this in a practical way to how the large international conglomerates of the world  operate. 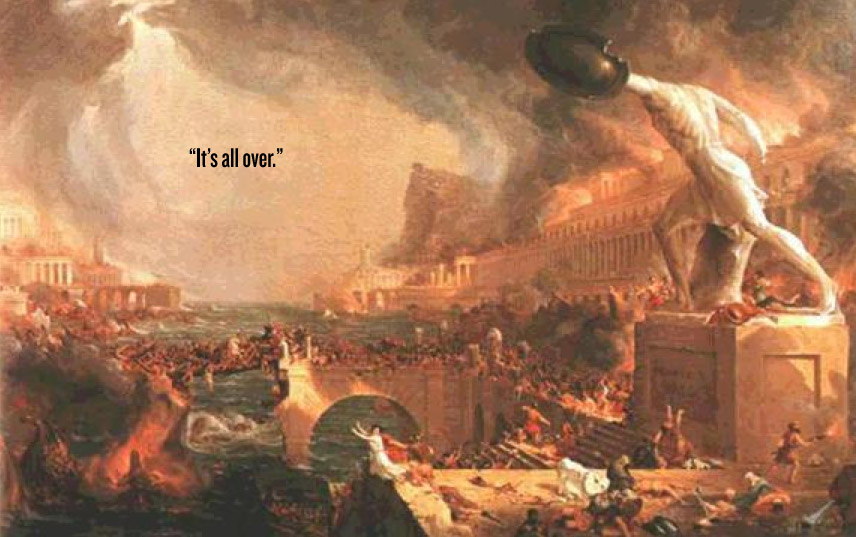