Archaeologists in the Swiss city of Zurich have unearthed a 5,000-year-old door that may be one of the oldest ever found in Europe.  The ancient poplar wood door is “solid and elegant” with well-preserved hinges and a “remarkable” design for holding the boards together, chief archaeologist Niels Bleicher said Wednesday.  Using tree rings to determine its age, Bleicher believes the door could have been made in the year 3,063 B.C. – around the time that construction on Britain’s world famous Stonehenge monument began.  “The door is very remarkable because of the way the planks were held together,” Bleicher told The Associated Press.  Harsh climatic conditions at the time meant people had to build solid wood houses that would keep out much of the cold wind blowing across Lake Zurich, and the door would have helped, he said. “It’s a clever design that even looks good.”

The door was part of a settlement of so-called “stilt houses” frequently found near lakes about a thousand years after agriculture and animal husbandry were first introduced to the pre-Alpine region.  It is similar to another door found in nearby Pfaeffikon, while a third – found in the 19th century and made from one solid piece of wood – is believed to be even older, possibly dating back to 3,700 B.C., said Bleicher.  The latest find was discovered at the dig for a new underground car park for Zurich’s opera house.  Archaeologists have found traces of at least five Neolithic villages believed to have existed at the site between 3,700 and 2,500 years B.C., including objects such as a flint dagger from what is now Italy and an elaborate hunting bow. 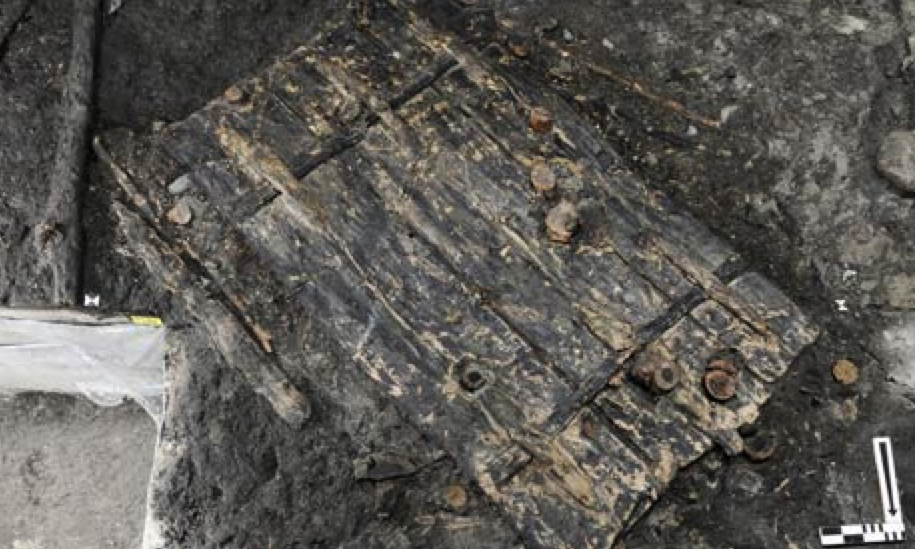