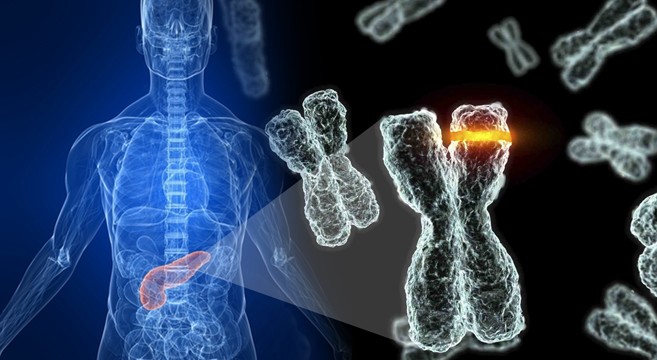 Recently I was telling you about a fascinating discovery from Harvard University which proved that meditation can rebuild the brain’s gray matter in as little as 8 weeks.  Now for the very first time in history, researchers have found that mindfulness meditation can also preserve and rebuild our DNA as well.

A study involving a group of breast cancer patients tracked these women as they engaged in a thorough mindfulness meditation regimen, and when all was said and done it was these women whose telomeres (strands of DNA which are found on the ends of our chromosomes and prevent chromosomal deterioration — akin to the plastic tips on the ends of our shoelaces) had preserved themselves almost perfectly with DNA regeneration, compared to the two control groups of women who did not participate in the meditation.  The cancer patients who did not take part in the meditation had telomeres which had deteriorated noticeably.  Telomeres shorten considerably as we age, and are also found in people with severe or chronic illnesses such as diabetes, heart disease, cancer, etc.

The results were published by the American Cancer Society, including the following excerpt: “To our knowledge, the current study is the first report to demonstrate a potential effect of these psychosocial interventions on TL among distressed breast cancer survivors. There was little discernment between MBCR and SET. Both maintained TL over the 3-month intervention period, whereas women in the control condition demonstrated a trend toward decreases in relative TL. Similarly, in our previous report of the larger parent trial, both the MBCR and SET groups maintained the steepness of salivary cortisol slopes compared with those in the control group, whose slopes became flatter, largely due to elevations in evening cortisol levels. [4]  Together, these changes suggest an effect of the interventions on potentially important biomarkers of psychosocial stress. Given the increasingly well-documented association between TL and cancer initiation [46] and survival, [47] this finding adds to the literature supporting the potential for stress-reducing interventions to impact important disease-regulating processes and ultimately disease outcome.”  You can read the full study at Wiley.com.  (Image courtesy of The Prisma).

Previous post:
Watch This Fascinating Graph Showing What’s Happened To Advertising Revenue In America Since 1980 Next Post:
New Video From Nazaré In Portugal Proves Once Again Why Surfers Flock To Its Monster Waves