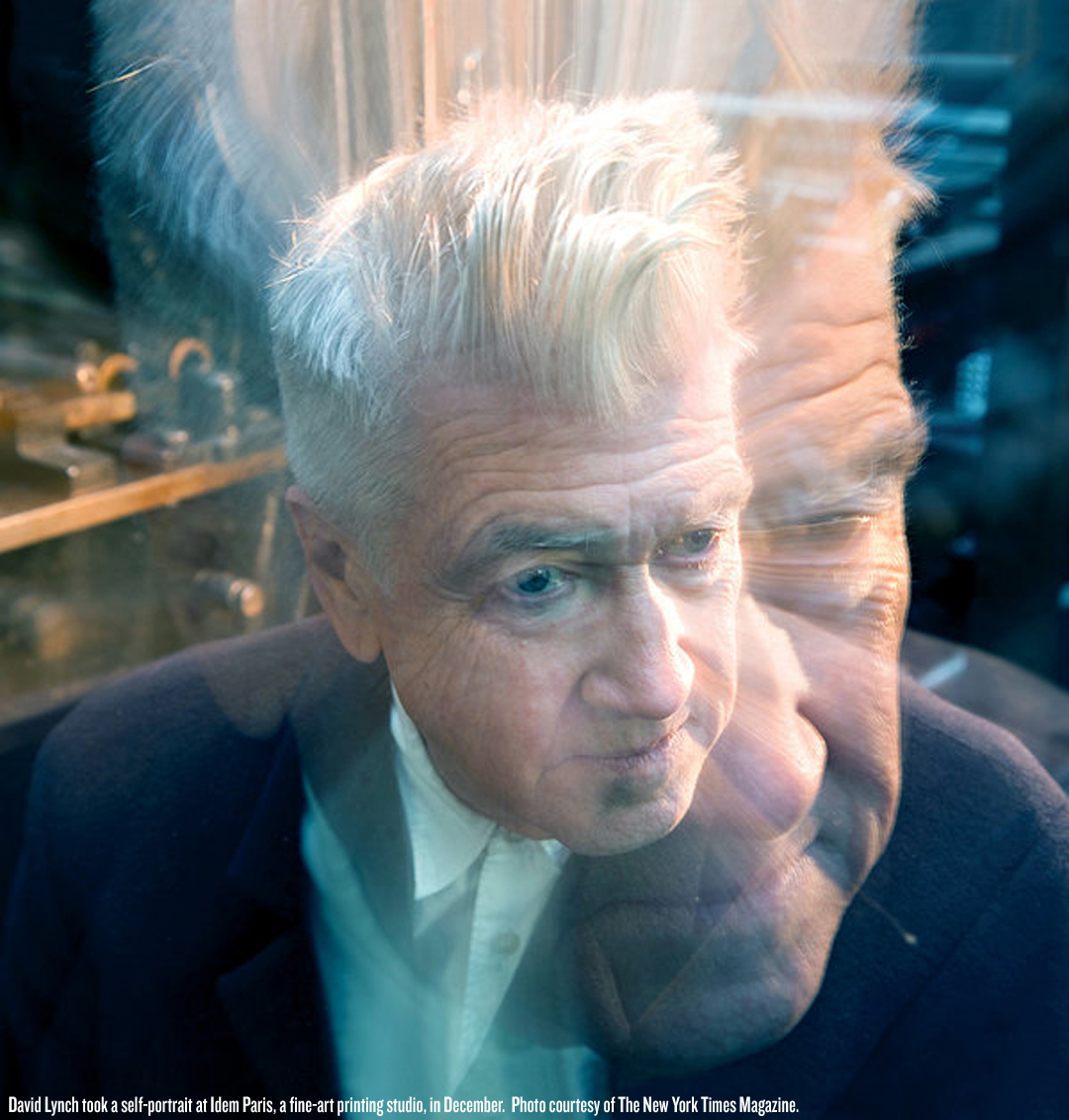 In the new low-budget documentary Meditation, Creativity, Peace, the viewer is taken around the world as director David Lynch visits several film schools in Europe and the Middle East.  While some of the doc features Q&A exchanges about his film career, the majority of the film is Lynch sharing his thoughts on his life’s greatest passion — Transcendental Meditation.

At a recent screening at the Hammer Museum in Los Angeles, which was moderated by comedian and fellow TM’er Russel Brand, fans lined up around the block for tickets.  A pleasantly surprised organizer was heard saying, “We didn’t have this many people when we had Patti Smith live.”  Sean Macaulay of The Daily Beast was there, and he shared his experience in a feature published yesterday.  “Lynch says he discovered the practice 40 years via his sister when he was struggling with anger and anxiety.  ‘I liked what she said about it.  More importantly, I heard a change in her voice.  More happiness.  More self-assuredness.  I said, ‘I want that mantra. I’m going to get it.’ And I went down and I learned. That was July 1, 1973. Saturday morning. Beautiful sunny day.’ His first instructor in Los Angeles looked like Doris Day, and he’s practiced twice a day ever since.  Repetition of your custom-tailored mantra moves the mind beyond self-consciousness and into pure consciousness, where one can connect with the eternal.  Concentration and contemplation are still on the surface,’ he explains. ‘You have to dive within.'”

Macaulay also touches on the popularity of the Transcendental Mediation movement, and notes that some of the most well known people who have embraced TM include Oprah Winfrey, Clint Eastwood, Jerry Seinfeld, George Stephanopoulos, Ellen DeGeneres, Martin Scorsese, to name just a few.  You can read the beautiful story in full by visiting TheDailyBeast.com.  And to learn more about Lynch’s thoughts on Transcendental Meditation you absolutely must watch the video below which was filmed a few years ago at a Q&A in Boston.  For more information on the David Lynch Foundation for Consciousness-Based Education and World Peace CLICK HERE.  For all FEELguide posts related to David Lynch CLICK HERE.

SEE ALSO: Everything You Need To Know About The Movie David Lynch Is Working On
SEE ALSO: Interview Magazine Talks To David Lynch About Exploring “The Dark Underside Of American Dreaming”

Previous post:
MS MR Release A Brand New (Slightly NSFW) Music Video For “Hurricane” Filled With Surreal And Slimey Kisses Next Post:
Prepare Yourself: Press Play And Listen To The Sound Of The Big Bang And The Birth Of The Universe