Telomeres & Telomerase: The Latest Research Shows They Hold The Secrets To Reversing Age

Thea Singer is a researcher and writer whose new book “Stress Less” is an exploration of stress and aging.  At the heart of her research is the study of telomeres.  If you’re not already familiar with telomeres, you will be soon. Telomeres are the tips at the ends of our chromosomes that protect our DNA. They’re often compared to the little plastic caps at the end of shoelaces, keeping everything intact. Over time, as cells reproduce, our telomeres become shorter and shorter, until they become so stubby that the process stops. As this happens, we see signs of aging.  Over the past few decades, research into telomeres has become a “white-hot area of science,” says Singer.  Last year, University of California-San Francisco cell biologist Elizabeth Blackburn (a major character in Stress Less) and two other scientists won the Nobel Prize in Physiology or Medicine for their groundbreaking work in discovering the enzyme that lengthens telomeres, called telomerase. And increasingly, researchers are discovering that telomeres serve as markers for our overall health.

But it’s only now that the medical community is closing in on telomere testing for the average patient. “Sooner than you think,” says Singer, doctors will likely start ordering a simple blood test to determine the length of your telomeres at your yearly physical. The technology exists in research labs; it’s simply a matter of implementing it on a larger scale. In fact, in the next two weeks, Blackburn and renowned researcher Calvin Harley will be launching Telome Health Inc., a private telomere testing service “to assess health status, disease, and mortality risk, and responses to specific therapies.”  Thankfully, like cholesterol, we have the tools to control our telomeres, to preserve them, and even lengthen them once they’ve been worn down. It all comes down to stress—or, more accurately, how we perceive and cope with stress.  As Blackburn and other scientists have proven, chronic stress accelerates the aging process. It works like this: When we encounter a stressful situation, we enter our primitive “fight or flight” mode, in which our brain signals our bodies to release potent stress hormones that, if we were actually fighting or fleeing, would help us to perform our best. Yet for many of us today, because the stress doesn’t end once we spear the moose or escape to our cave, those hormones remain in our blood, wreaking havoc on our bodies. And as we work to fend off the damage, our cells reproduce more quickly.

Not surprisingly, the supplement and pharmaceutical worlds are taking note: A New York-based company called T.A. Sciences recently released the first supplement to restore telomeres.  Made from a Chinese root, TA-65 helps to activate telomerase, which rebuilds the strands. And a Reno, Nevada-based biomedical research company called Sierra Sciences is actively working to create a drug that founder and molecular biologist Bill Andrews says could be the mythical Fountain of Youth that mankind has long sought. “I think this will be the biggest thing that ever hit the planet,” he said.

Singer remains more than skeptical of such cure-alls (and touches on them only obliquely in her book, asking: What’s the definition of a cell that lives forever, dividing indefinitely? A cancer cell. And cancer cells, despite their short telomeres, have “a hundred-fold more telomerase” than normal cells). At her recent book party for Stress Less, though her mother passed away last year and her daughter is now lurching toward teendom, Singer appears sprightly, fit, and relaxed. She offers simple, practical steps we can take that promise to not only improve overall health and well-being, but perhaps even turn back the clock.

Singer has compiled a list of 10 ways you can preserve or lengthen your telomeres.  See the full list at The Daily Beast. 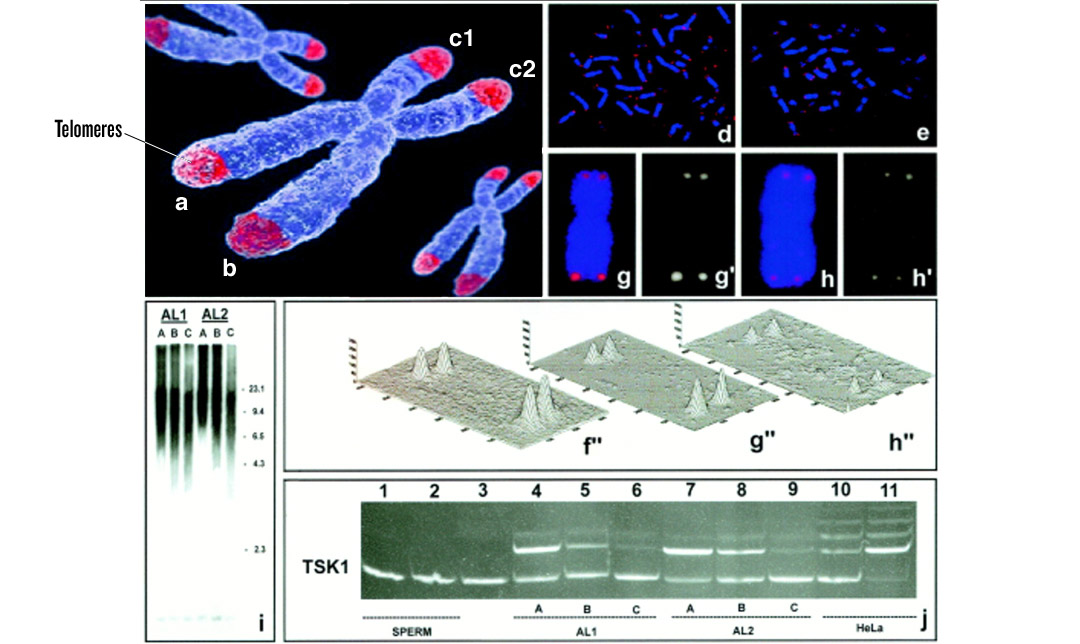 Excerpt from: The Daily Beast

Previous post:
The Magic Mushroom And Its Connection To The Mythology Of Santa Claus And Flying Reindeer Next Post:
Tom Ford Keeping Quiet About His Next Film Project